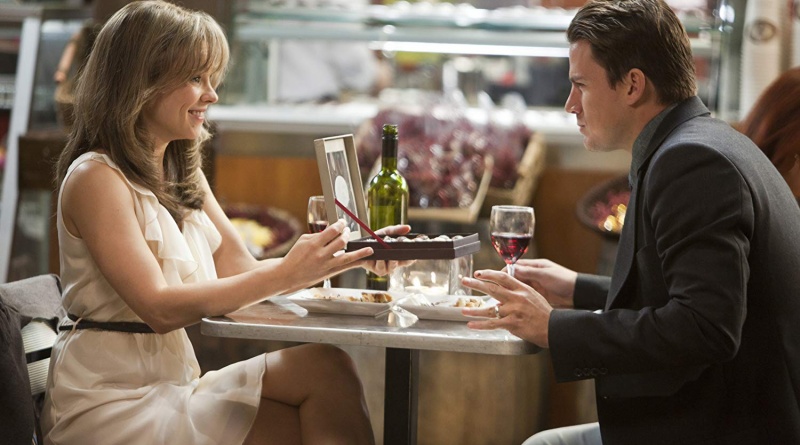 The Vow goes beyond romance cliches

For female moviegoers a little too mature to get swept away with Bella and Edward’s Twilight romance or boyfriends looking for an easy Valentine’s Day outing comes The Vow, an enjoyable romance drama featuring two of Hollywood’s prettiest proving powerful performances in a soon to be another cinematic classic love story.

The film, inspired by true events, is a welcome change from the norm as it starts where most end with the couple already married and happily in love as opposed to just before the end credits begin.

Paige (Rachel McAdams, Midnight in Paris) and Leo (Channing Tatum, Haywire) enjoy married life and are excited about starting a family when they get into a serious car crash.

Director Michael Sucsy, who worked as a production assistant on a few action films, makes a solid feature film debut. He shows smart restraint in filming the crash scene. It’s not overly dramatic and the slow-motion shot is well-staged.

Paige gets the worst of the crash as she wakes up. She doesn’t have any memory of her relationship with Leo, why she ended her engagement with her high school sweetheart (Underworld’s Scott Speedman). She even doesn’t remember why she stopped speaking to her parents (a well cast Sam Neill and Jessica Lange). As his wife now sees him as a stranger impeding on her perfect former life, Leo realizes he has to make his wife fall in love with him all over again.

McAdams so consistently delivers great performances that it’s easy to take her talents for granted. Here she’s tasked with getting the audience to invest in her character twice, but as usual, she seems to effortlessly handle the challenge. It’s more complex than the standard ‘character rediscovers a new passion and goes for it’ kind of role.  Rather it’s the second take of a person maturing to the person they were always meant to be. Keeping the audience from turning against her as Paige struggles to reassess her relationship with Leo is a tough challenge, but McAdams delivers.

Tatum has quietly honed his talents to go beyond the bumping and grinding model-turned-actor from the Step Up franchise to becoming a very solid, versatile performer. Even in a goofy, worthless film like G.I. Joe Rise of Cobra, he’s fully committed to the role.

He’s shown such steady improvement that while I wouldn’t say his acting in The Vow is a revelation, he’s become a constistent performer. It’s the kind of role that could catapult him into another acting plateau much as Titanic did for Leonardo DiCaprio and The Notebook for Ryan Gosling.

Guys who get dragged along to see this won’t have to squirm uncomfortably in their seats as Leo tries to woo Paige with one more incredibly over the top romantic gesture after another. He comes across like a regular guy who has his moments of romantic inspiration. Still, there’s nothing so ‘movie-esque’ that a regular Joe Blow with some creativity couldn’t accomplish as well. I did lose count of how many times Tatum is shown shirtless (and even sans pants in one scene) so some guys who haven’t been working out regularly might feel a tad self-conscious there. Beyond that Leo isn’t some unbearably perfect guy. 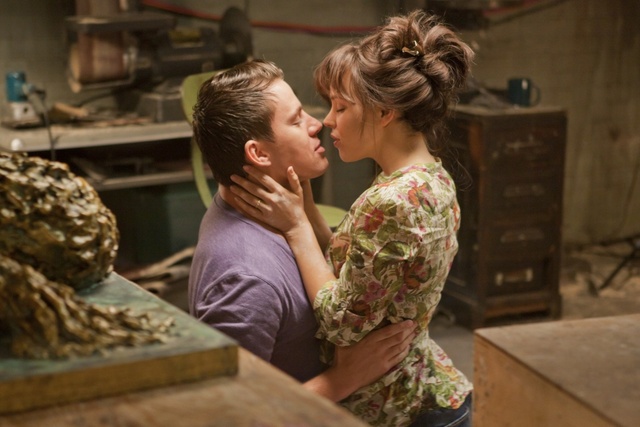 The screenwriters also avoid the normal cliché pratfalls that doom so many romantic dramas. There’s no silly chase at the airport or outrageous scene that real people wouldn’t do no matter how crazy they are about someone. Tatum and McAdams easily slip into their roles and Leo and Paige seem like real people who get frustrated, unsure of how to act around one another and truly care for each other.

The Vow isn’t overly manipulative and is instead a simple story of lost love and the effort to recapture it. With its excellent cast this is the ideal date movie for Valentine’s Day weekend.