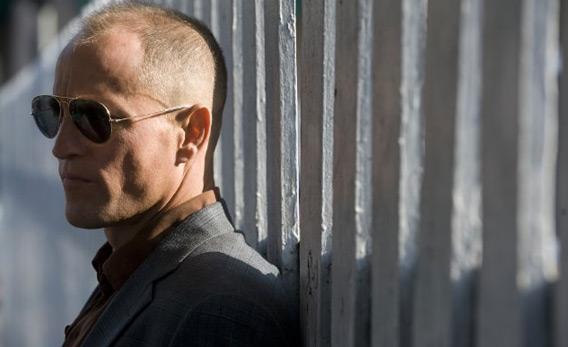 It’s rare that an actor can overcome an average script and meddling directing to deliver a performance so mesmerizing that you get sucked into the movie despite its flaws. Woody Harrelson accomplishes just that with a gripping, career best turn in Rampart.

When we’re introduced to David Brown (Harrelson), we quickly learn he’s a police officer who’s not afraid of enjoying his position of authority. He doesn’t hesitate in abusing it either, no matter if it’s something as trivial as making a rookie cop finish her fries or brutally interrogating a suspect, David sees his way as the only way.

Set in 1999, the Los Angeles police department is in the midst of numerous lawsuits and a reputation still in recovery mode after the Rodney King beating.

David’s beat ‘em till they talk and overall rotten demeanor have made him a relic of a time the department would quickly like to move beyond ASAP. His latest aggressive assault was captured on tape, sparking protests and demands for his job, sending him to the bottom of beer bottles and one-night stands for some measure of solace.

His ‘home’ life is even more of a mess. His two ex-wives (Cynthia Nixon and Anne Heche) are sisters, each of whom have a child with him — one, a pre-teen who already resents him and the younger one, Margaret (Sammy Boyarsky), who still cherishes their relationship. Harrelson has some of his best scenes with Boyarsky, as only when in Margaret’s presence does David reveal a vulnerability and some measure of satisfaction with his life. 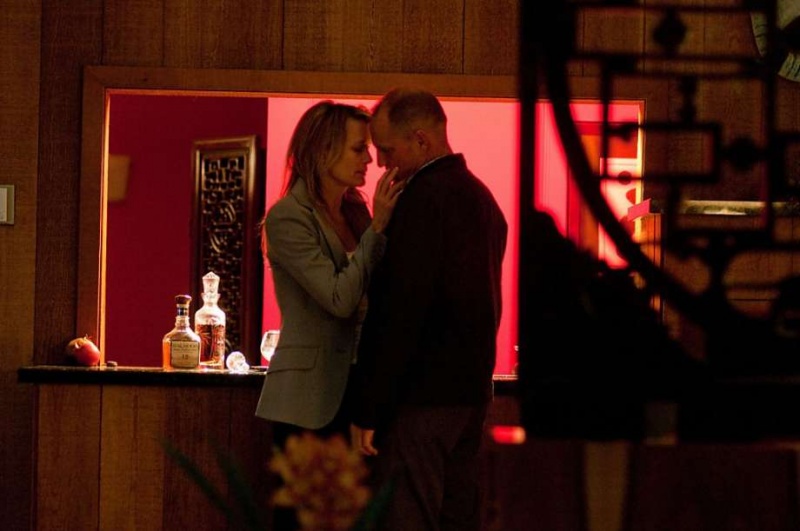 With a gaunt, worn down appearance and shifting eyes just bordering on paranoia, Harrelson conveys David fully as a man who has been beaten down by life and doesn’t care who likes him because no one will hate him as much he hates himself. And that’s fine because David isn’t written as a likeable, sympathetic character. He’s pretty much a scumbag and Harrelson skillfully masters making the audience repulsed by David’s actions while not wanting to turn away either.

Even when he finds some measure of stability in a relationship of sorts with an attorney (Robin Wright, Moneyball), his paranoia and distrust threatens to drive her away.

Oren Moverman follows up on his directorial debut The Messenger, reuniting with Harrelson and co-star Ben Foster, who in this outing, plays a strung-out wheelchair-bound junkie.

This time out, Moverman is more active in the proceedings such as a conversation between three characters where he constantly shifts perspectives to whomever is speaking and veering the camera off until the next character speaks or jarring camera angles set behind characters’ backs as they speak.

Had he kept it to limited doses, those artistic touches could have benefited the film as a tool to further illustrate how David’s life is spiraling out of control, but used excessively it just reminds the audience they’re just watching a movie, which is completely counter-productive to Harrelson’s captivating performance.

The film boasts a strong supporting cast including Ned Beatty, Ice Cube, Steve Buscemi Jon Bernthal and Sigourney Weaver, who isn’t used nearly enough, but that’s a common complaint I have when she’s in supporting roles. Can someone in Hollywood create some projects where Weaver isn’t reduced to providing an awesome 15 minutes in a movie and is instead the headliner?

For all the acclaim and award nominations Brad Pitt and George Clooney received for Moneyball and The Descendants, neither performance is as riveting as Harrelson’s, who makes an average movie a must-see for anyone who enjoys quality acting.