Abraham Lincoln: Vampire Hunter is entertaining historical what if

Abraham Lincoln: Vampire Hunter is likely to be the most critic-proof movie all year.

After all, everything you need to know is right there in the title. If your inner historian balks at the thought of turning one of America’s legendary presidents into a silver-coated ax-swinging, vampire hunter, then this definitely isn’t the movie for you.

Or if the premise just simply sounds too absurd for you, skip it. It’s not going to magically morph into a Martin Scorsese film. For those that do, you’re in for a ludicrously entertaining good time.

Seth Grahame-Smith (Dark Shadows) brings his 2010 novel which re-imagines Lincoln encountering and fighting vampires throughout his life to the big screen.

After a vampire kills his mother, Lincoln (Benjamin Walker) vows revenge, but his first vampire slaying attempt goes terribly. It’s only thanks to the arrival of the mysterious Henry (Dominic Cooper, Captain America: The First Avenger) that he doesn’t wind up dead himself.

Henry teaches Lincoln the art of vampire hunting in exchange for becoming a glorified vampire hit man. Soon Honest Abe is swinging his axe with amazing skill killing any vampire Henry assigns via courier. Lincoln’s travels take him to Springfield where he meets his future wife, Mary Todd (Mary Elizabeth Winsted, The Thing) and reunites with his old childhood friend, Will (the always welcome Anthony Mackie, The Adjustment Bureau), who inspires him to fight for the end of slavery.

Grahame-Smith name drops historical figures including Harriet Tubman, Jefferson Davis and Stephen A. Douglas. Trivia buffs might enjoy these random meetings. Once Lincoln learns how to fight them, the vampires don’t prove to be that big a threat beyond outnumbering him. I desperately wish Rufus Sewell, had a (sigh) meatier role as head vampire Adam. This time he’s largely working a killer Southern plantation owner accent and looking menacing. 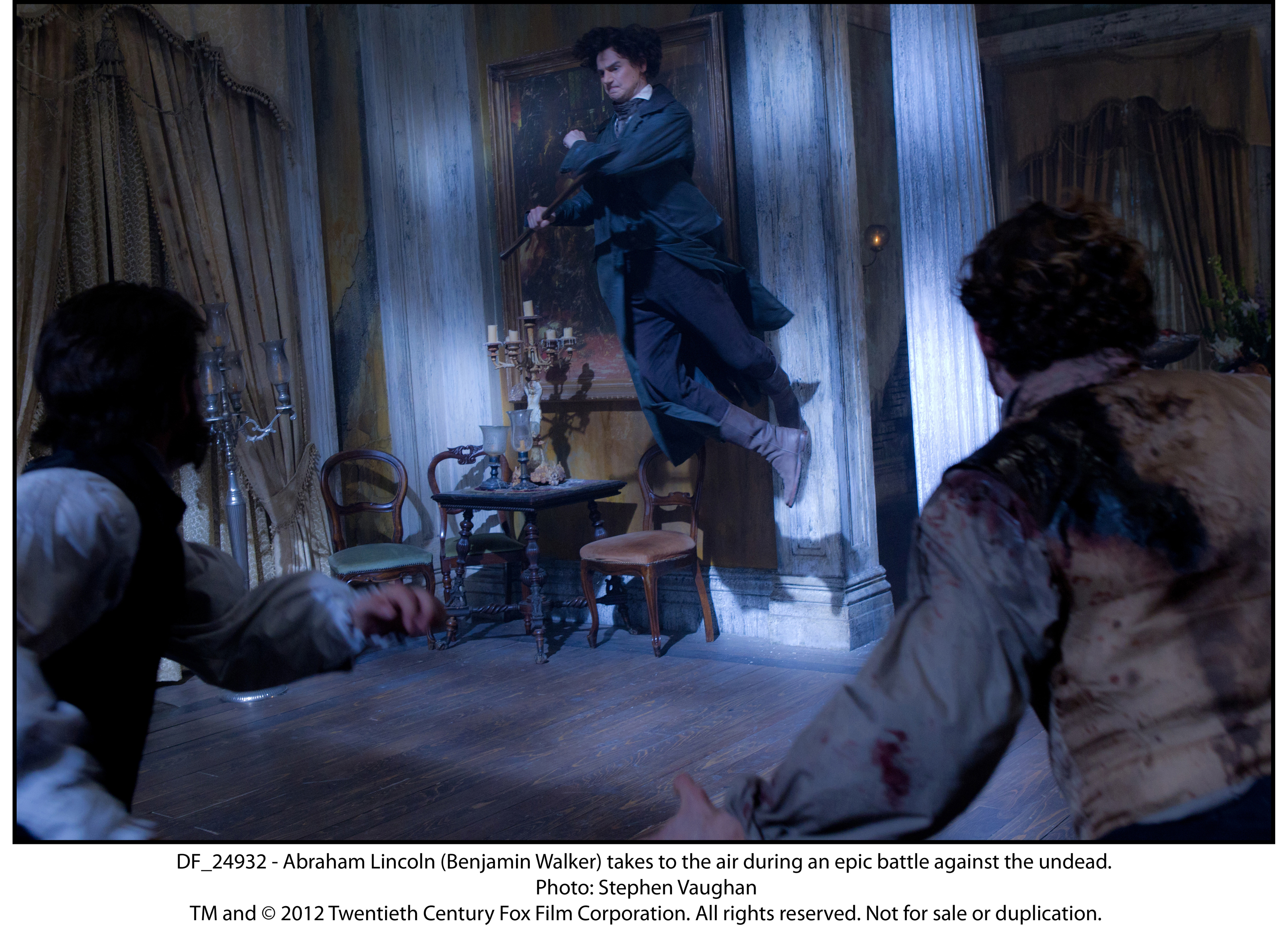 Director Timur Bekmambetov’s (Wanted) focus on highly-stylized visuals plays well here. He’s the closest a filmmaker has come to the cinematic successor to Wachowski brothers’ work with The Matrix. That lead to some very pretty action scenes — albeit with a healthy dose of vampire decapitations.

At times  —like a chase through a horse stampede — Behambetov’s ambition tests the film’s estimated $70 million budget. The CGI gets fuzzy. Still, I admired him for repeatedly trying to deliver something the audience hasn’t seen hundreds of times before. Behambetov made a genuine effort to justify the 3D price.

The film’s engine loses a bit of steam in the second act when Lincoln decides he can better fight on behalf of his fellow man with his words. We’re here for the hunting vampires, not politics. Walker is a lot of fun as young Lincoln as he gets to create his own interpretation. As the movie plays out, he gets lost behind Lincoln’s top hat and beard. In a witty twist, the Southern-based vampires have no desire to see their easy food supply halted and back the Confederate Army in the Civil War. To save his country from vampire tyranny, Lincoln realizes he’s got to pick up his ax for one more epic battle. Fortunately, this last battle is worth the lull in action with full-scale vampire homicide. 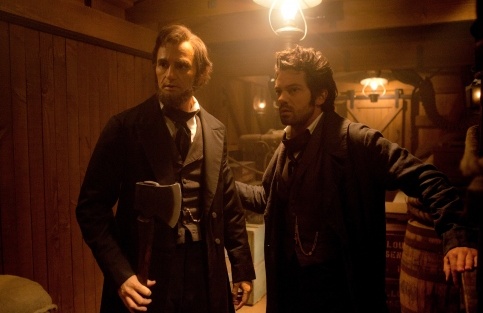 It’s Abraham Lincoln … killing vampires. Complaining about a nonsensical plot here would be like complaining there wasn’t enough gangsta rap in Rock of Ages. If ever there was an ‘either you’re in or out’ movie in 2012, it’s definitely this one. If you’re in, Abraham Lincoln: Vampire Hunter just might be the most satisfyingly guilty pleasure of the year.