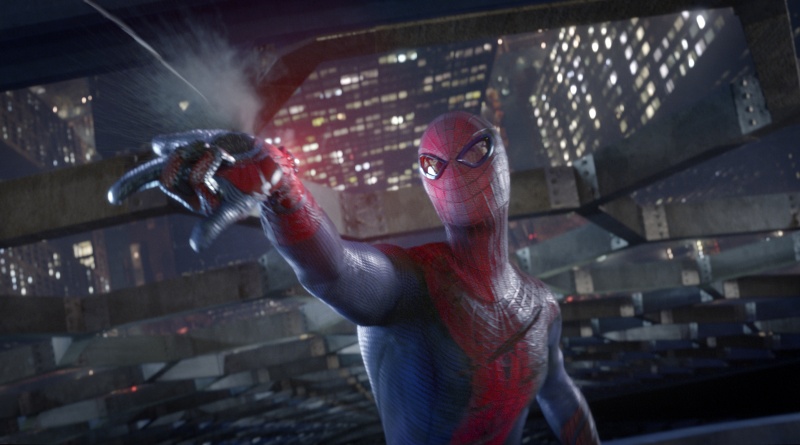 The Amazing Spider-Man attempts to answer the question is it really necessary to re-launch a franchise a decade after it began?

You’d figure that if the 2002 film that kicked off the franchise were one of the top 15 grossing movies of all time that a fair amount of people saw it. Granted there’s a whole new crop of 10-year-olds that didn’t see the Tobey Maguire/Sam Raimi blockbuster trilogy in theaters, but kids are great at catching up and with Blu-Rays, On Demand, Netflix and Redbox, it’s really not that difficult to get them up to speed.

Justifying the re-launch is a hurdle Director Marc Webb is never quite able to clear, but what he does accomplish is making The Amazing Spider-Man the most spectacular version of Spider-Man put to film yet. 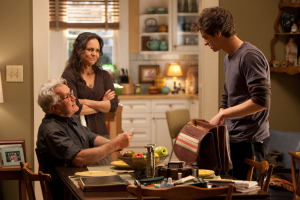 Spider-Man’s origin isn’t that complicated. A radioactive spider bites shy high-school prodigy Peter Parker giving him super-powers, his Uncle Ben gets killed by a crook that Peter could have stopped, but didn’t and Peter leads his superhero life trying to redeem that one fateful decision.

Screenwriter James Vanderbilt opts to reset Peter’s origin changing everything from how Peter (Andrew Garfield) gets bitten by the spider to how Uncle Ben (Martin Sheen) gets killed.

To get there, Vanderbilt has to set up too many familiar story beats from the 2002 film. Peter is a bit of an outcast, gets bullied by Flash Thompson (Chris Zylka), has a loving relationship with Ben and Aunt May (Sally Field) and can’t work up the nerve to talk to his crush — this time Gwen Stacy (Emma Stone, Crazy Stupid Love) instead of Kristen Dunst’s Mary Jane Watson. Score one for the need for a re-launch. 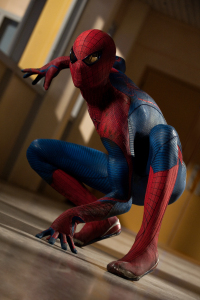 There’s so much more that the re-launch does better that re-treading Spider-Man’s origin — the sole aspect where the 2002’s comic book faithful adaptation is more effective —seems unnecessary. You’ll almost be begging for Ben to get killed so Peter can become Spider-Man. No slight to Sheen —who’s perfectly fine in the role — it’s just the more screen time Ben has, the less we see Spider-Man and when that finally occurs, the film soars to a level you’d wish it reached 45-minutes ago. 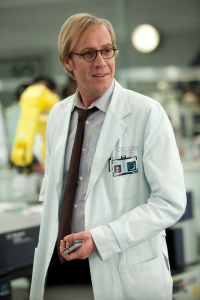 Webb easily handles the dialogue-heavy scenes, not a shocker for anyone who watched his enjoyable 2009 hit (500) Days of Summer, but he makes Spider-Man a lot of fun too with acrobatics and comic-book-like movements in the web-slinging and fighting style. Most importantly, this Spider-Man isn’t some brooding mute and is instead the taunting, joking hero he is in the comics. This Spider-Man is so much fun you’ll wish more of the movie had him in costume and enjoying all the perks of being a hero.

Garfield is a natural as Peter Parker. He’s the comic book character come to life in the same manner that Robert Downey Jr. is Tony Stark/Iron Man. It’s even more impressive considering Maguire had three movies in the role and Garfield easily becomes the definitive Peter Parker with a vulnerability and spark that Maguire lacked.

His chemistry with Stone comes across much more genuine than the Maguire/Dunst pairing and Stone, as usual, delivers a strong supporting performance and gives Gwen a presence more than simply being Peter’s confidante. Dennis Leary has some fun scenes with Garfield as Gwen’s police chief father looking to apprehend the vigilante Spider-Man.

Vanderbilt’s tinkering with the origin also directly leads to the new villain Dr. Curt Connors (Rhys Ifans), whose experiments with reptile DNA leads to him becoming The Lizard, a humanoid-like creature intent on transforming all of mankind into similar beings. The CGI work on Lizard is exceptional and doesn’t have that overly-rendered, video game-like quality to his movements. 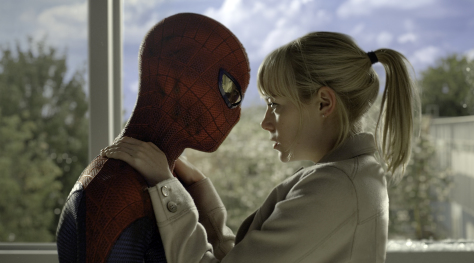 The trailers make the Spider-Man/Lizard clashes look too-polished and chaotic to follow, but onscreen the fight scenes are fun and larger-than-life enough to give audiences real comic book style battles.

Continuing a now familiar pattern with Marvel Comics’ films, stay tuned for a brief mid-end credits sequence. The Amazing Spider-Man teases the potential direction for the sequel that should truly be amazing so long as its star and director return for another swing at the franchise.