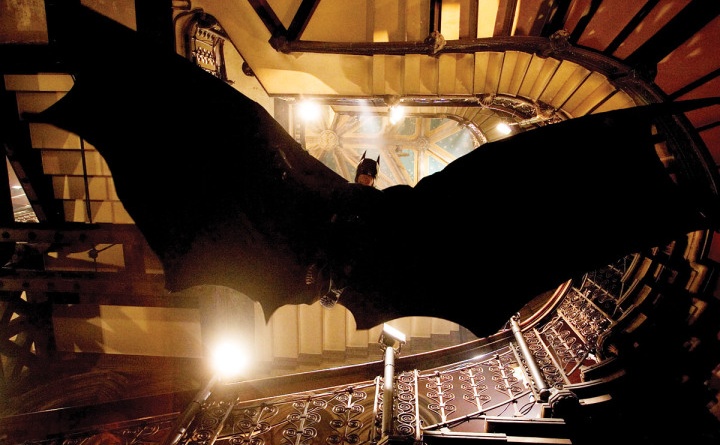 I’d like to convince myself that Batman Forever and Batman & Robin never existed. Fortunately amnesia won’t be necessary with Batman Begins, which quickly became regarded as a superior comic book origin film and the start to one of Hollywood’s finest trilogies. 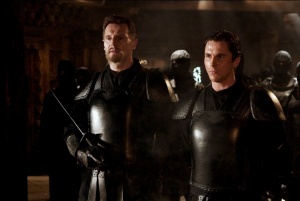 Fixing the Batman franchise was a challenging task, but with Director Christopher Nolan leading a cast including Christian Bale, Gary Oldman, Liam Neeson, Cillian Murphy, Michael Caine and Morgan Freeman, Batman Begins was one of the first comic book  that makes good on every bit of its potential.

Instead of opening with young Bruce Wayne watching his parents getting killed, we see young Bruce falling into a cave filled with bat, resulting in a phobia Bruce struggles to overcome.

This struggle forces the audience to look beyond the cowl and cape and learn more of the man behind the bat in a series of flashbacks. 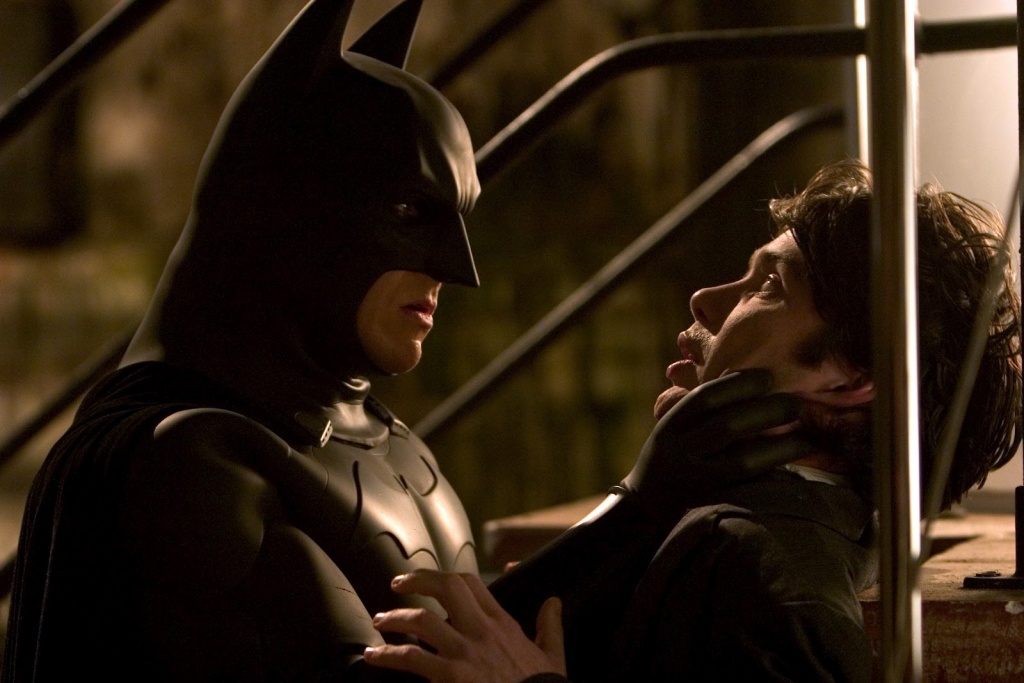 Nolan then goes to an adult Bruce (now played by Christian Bale), in a prison fighting prisoners to hone his battle prowess. The mysterious Ducard (Neeson, The Grey) invites him to reach a new level of training under the eye of his master Ras Al Ghul (Ken Watanabe, Inception) and his League of Shadows.

Though tortured by the death of his parents, Bruce refuses to become a killer, which places him in direct conflict with Ras and his assassins. Returning to Gotham City, Bruce resumes his old life in his parents’ mansion, still maintained by the butler, Alfred (Caine) with a plan to fight crime in a new guise of Batman.

One of the film’s best scenes when Bruce finally confronts his demons head-on amidst a swarm of bats encircling him. It feels like a major moment, not just due to the majestic score, but because we’ve seen him struggle and watching Bruce become the heroic Batman is all the more meaningful.

It’s one of the more iconic shots of a comic book film. Nolan doesn’t get caught up trying to “make” the scene powerful, he just lets it unfold and trust the audience has invested enough in Bruce to fully grasp what this moment means going forward for our hero.

Bruce finds an ally in his crime fighting efforts the one honest cop Jim Gordon (Oldman) and longtime Waynetech employee Lucius Fox (Freeman). Nolan quickly establishes a fun James Bond/Q dynamic between Bruce and Fox as he checks out the latest Waynetech gadgets. 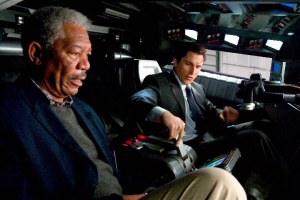 Nolan’s Batman would be just as comfortable in a horror/thriller as he is in a comic book film. He zooms in and out of the camera plucking off his victims/criminals before anyone can notice creating a boogeyman type effect. Bale brings an intensity to Batman that has never been exhibited on screen and actually makes Batman someone worth being afraid of beyond the cape and cowl.

The Batsuit may not be the most aesthetically pleasing but Nolan doesn’t ever fully reveal the outfit, instead keeping Batman in the shadows for the most part. The less is more strategy clearly works in this instance.

Batman’s efforts soon bring him into conflict with Jonathan Crane a.k.a The Scarecrow (Murphy). Through a combination of Murphy’s barely hinged performance and brilliant special effects, Scarecrow becomes the first Batman movie foe that’s a match for the Caped Crusader. 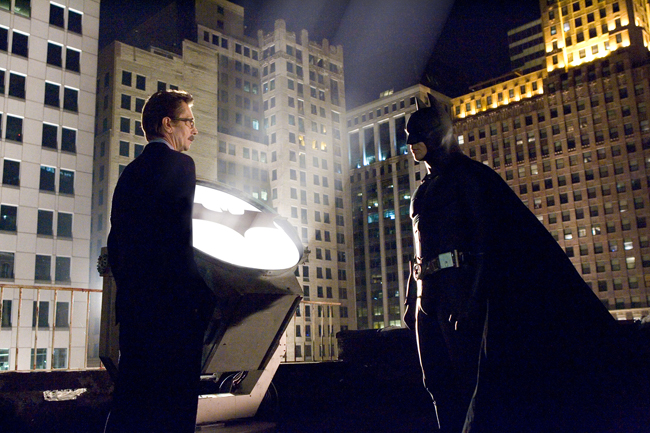 Katie Holmes as Bruce’s childhood friend and now District Attorney Rachel Dawes is the only real misstep in the casting. Holmes’ acting talent is noticeably several steps behind the rest of the cast to the point where Holmes feels out of place here. Still, it’s hard to get bogged down with her when Batman’s running around rooftops on his tank/Batmobile – the Tumbler.

Batman Begins is one of those rare action films that I found myself eagerly anticipating the sequel …even before the first film had ended.  Don’t miss it.

The film that kicks off the Modern Age of outstanding comic book movies. Required viewing for every comic book movie fan and the first step Nolan would take in showing how easily comic books could work in a real world setting.