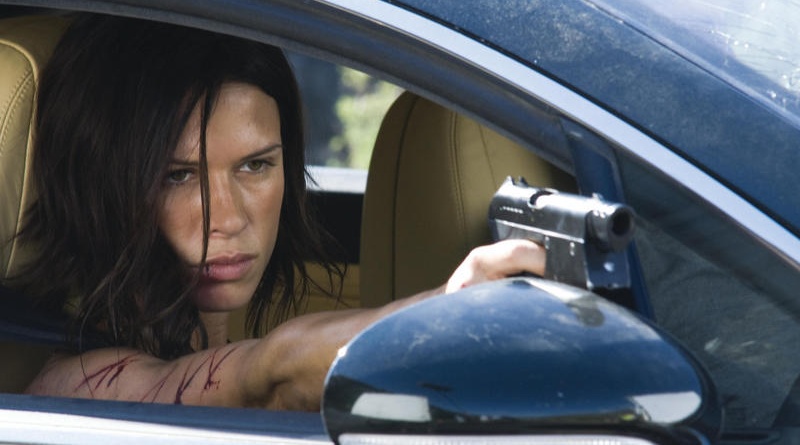 Doomsday is crazy spectacle, but is run

Doomsday is the one film I’ve dramatically changed opinions on from my first viewing in theaters.

That doesn’t mean that I disagree with my brutally harsh review – that all pretty much stands. It’s just that once you get past the absurdity of it all — severed heads, knights, Mad Max rip-offs and even exploding bunnies — it’s kinda fun.

I somehow ended up admiring Doomsday for being the most unapologetically ridiculously, preposterous action movie I’ve ever seen. 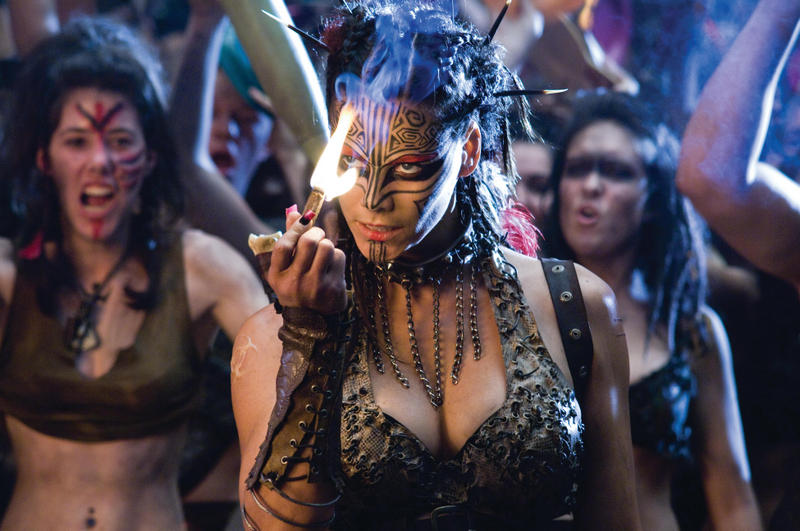 I hope I’m never as cursed to watch a movie that has such out and out disgust for my intelligence as Doomsday. It’s pretty much a debacle that achieves the rarefied air of being so terrible its great.

Set in 2035, a flesh-eating virus has spread in Scotland. English leaders decide to seal off the area and make it a no man’s land. Only problem is the virus resurfaces in London. To stop the infection, the Prime Minister dispatches a special force group to retrieve one of the survivors who may have the key to the cure.

Sinclair (Rhona Mitra, who with her shoulder-length dark hair and penchant for expressing emotion by pouting comes across like a poor woman’s Kate Beckinsale) is tasked with leading the force and bringing a survivor back at all costs. 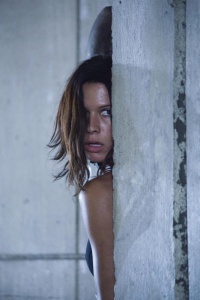 Director/Screenwriter Neil Marshall adheres to the “more is more” philosophy regarding violence and leans more to the torture-porn style made popular in films like Saw where the more gore theoretically equals a better movie.  He leaves nothing to your imagination. If a speeding car is coming up on a person, Marshall feels it’s necessary to show the car rolling over the person with blood and body parts squishing out.

In showcasing the perimeter defenses, Marshall has an automated gun sentry blow a rabbit to bits. Nothing screams off the hook unpredictability than exploding bunnies.

The setup is very similar to James Cameron’s masterful Aliens. An overconfident military special ops unit discovers they’re hopelessly outmatched by the area’s more ruthless inhabitants. Only in this case, they’re makeup-clad rip-offs from Mad Max. They even have a gimp for good measure.

For a military group, Sinclair’s squad is frighteningly inept and dispatched with little ease. Still, that’s the point of disposable cannon fodder, right? Marshall ups the crazy factor by having one of the captives get burned at the stake, decapitated and eaten. This isn’t an action movie for the squeamish. 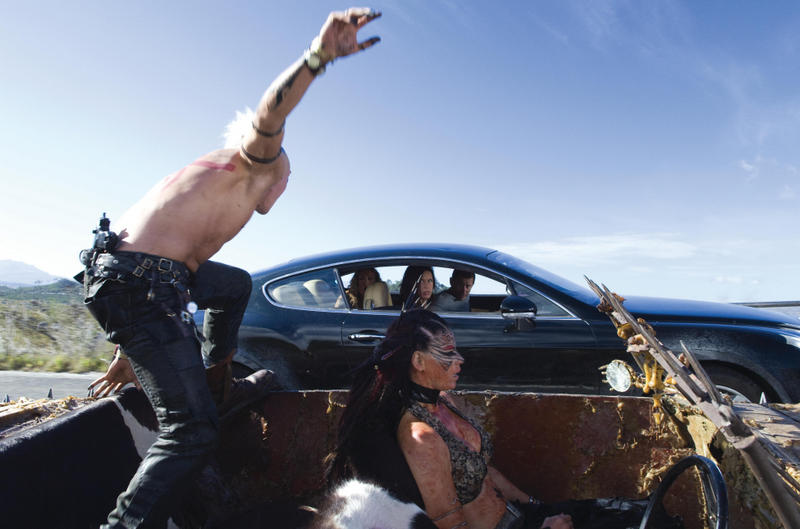 After escaping, Sinclair and her crew encounter another band of survivors. Unlike the punks they just left, this group is adorned in medieval armor and live in castles. It’s amazingly absurd. Even more shocking is the supremely talented Malcolm McDowell and Bob Hoskins graced this movie with their appearance.

At the start of the car chase on the highway scene complete with gimp fastened to the front of a car, I found it’s actually possible for one’s jaw to it the floor provided adequate reason. 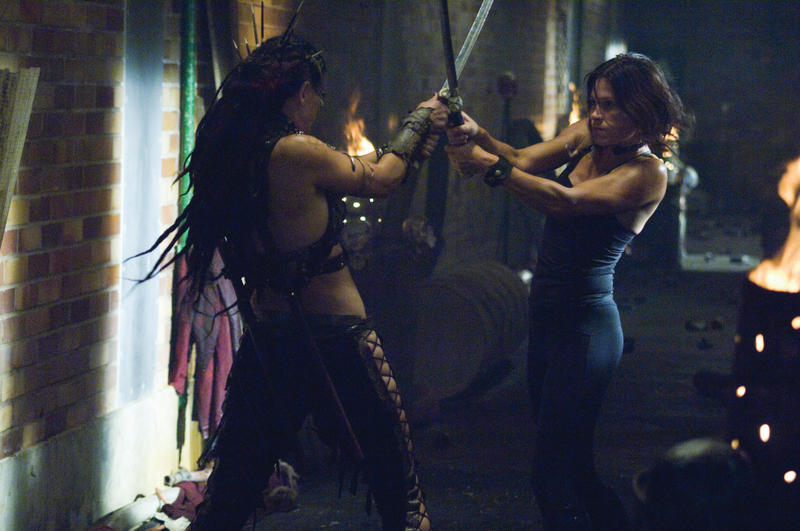 Doomsday is one of those rare spectacles that goes from being so ridiculous it actually becomes a lot of fun. Taking any parts of it seriously is a foolhardy endeavor. If you just go along for the crazy ride, you’re more than likely to be highly entertained.