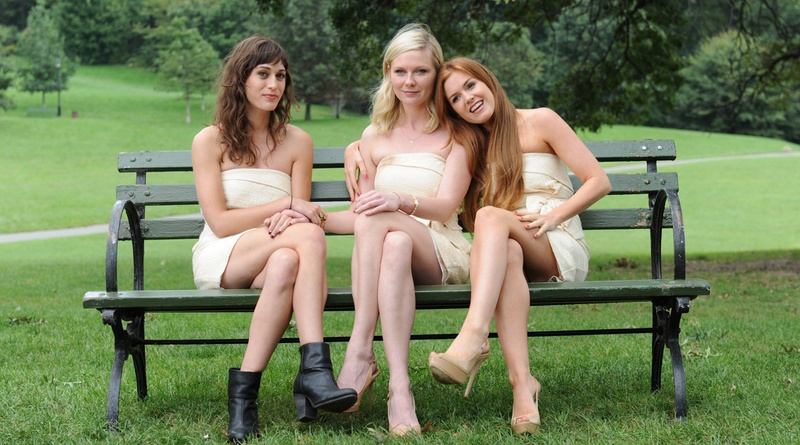 Last year when Bridesmaids was making its way to theaters, the trailers were set up to make it appear to be a female version of The Hangover, with women engaging in the type of situations that had largely just been reserved for men behaving badly.

But once audiences got to see it, Bridesmaids proved to be far more thoughtful, complex and funny than just a lazy, obvious Hangover rip-off.  On the other end, there’s Bachelorette a film that wishes to aspire to be remotely entertaining enough to be considered a Hangover rip-off. 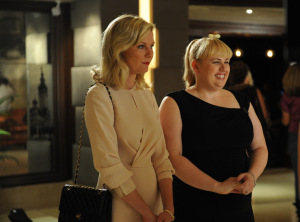 The night before the wedding and Regan has assumed maid of honor/wedding coordinator duties and is relieved to see her pals Gena and Katie finally arrive in town for some much needed backup.

So like with most bridesmaids, they decide to tell embarrassing stories about Becky at the reception, get high off cocaine and rip, bloody and otherwise ruin the wedding dress. In their drug-addled confusion, the trio keep getting high, head to the strip club and otherwise do the worst job trying to fix their mess.

Easily the most maddening aspect of Bachelorette is that Headland takes a great cast, filled with incredibly likable actors and puts them in utterly unappealing roles. The leads are up for anything Headland asks, but it’s nothing they haven’t already done in far better movies like Bring It On, Mean Girls and Wedding Crashers [Blu-ray] 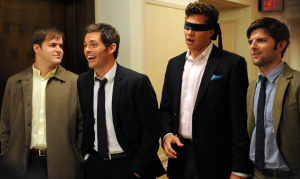 If she really wanted to surprise audiences, Headland could have switched roles and had Dunst play the sexpot or Fisher as the snarling grouch of the bunch and have them go against type for a change, not just doing the same old, same old. Regardless, their characters are all jerks so it’s hard to care/invest in any of them. Dunst’s Regan is spiteful enough, but making Gena and Katie just as bad isn’t funny so much as it’s overkill. The characters aren’t even entertaining in the “well at least I’m better off than them” regard. They’re so mean-spirited they’re boring and very little is shocking.

Headland’s salary must have been dependent on how many times she can have her characters drop the “F-bomb” as that’s her go-to phrase when anything happens to the characters. If you played a drinking game every time someone said it you would either have severe alcohol poisoning or would be dead before the credits.

In a movie about bachelorettes, it’s fitting somehow that the best scenes involve the bachelor party. 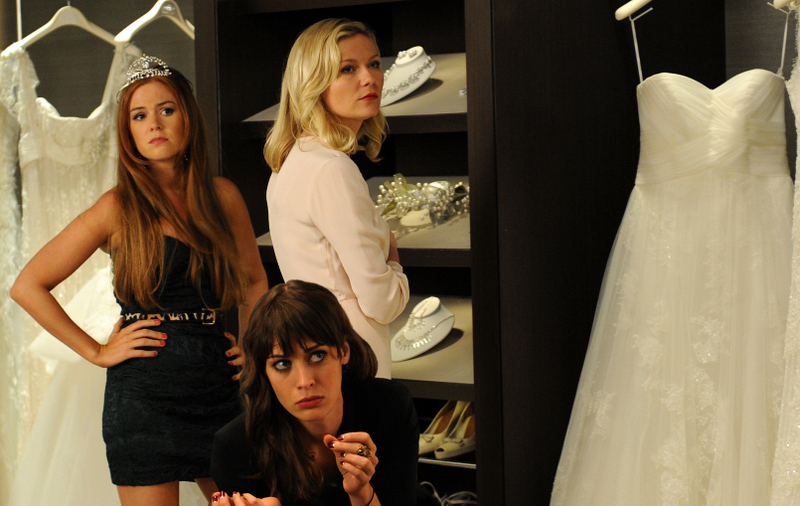 Marsden makes you wish Headland would ditch the girls gone wild and stick with Trevor and the boys on one final night out because if nothing else, they at least seem to be having fun.

For all the issues with the script and characters, Headland work behind the camera is surprisingly solid for a first-time director.

She puts the camera right in the midst of the chaos around her characters so we get a feel for how crazy everything is, which would have been great if I cared one lick about them.

Want to enjoy a wedding comedy with a slightly rough edge? Stick with The Hangover or Bridesmaids. Bachelorette isn’t even worth the post-reception hook-up.