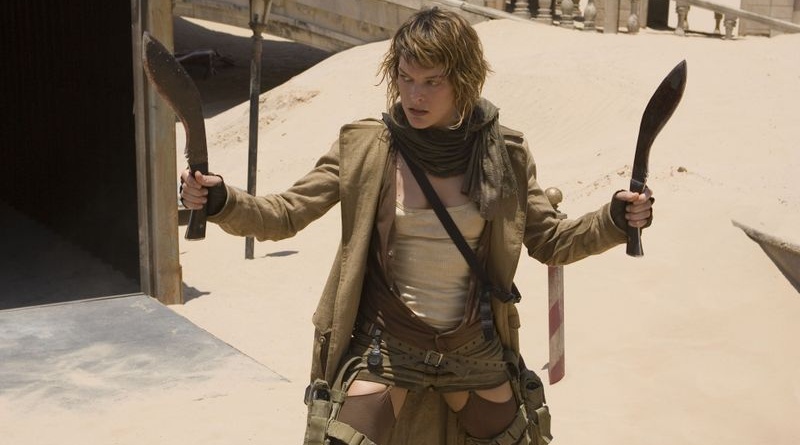 Resident Evil: Extinction finds the popular series in an identity crisis as it shifts from survival horror to more superwoman vs zombies effectively killing off the suspense and excitement of its two predecessors.

The zombies were limited to an underground base in the original, took over a whole city in the second so it only makes sense that they’ve conquered the entire planet in this outing. The few human survivors travel cross-country in small convoys gathering what few supplies, weapons and gas they can find to last a little longer. 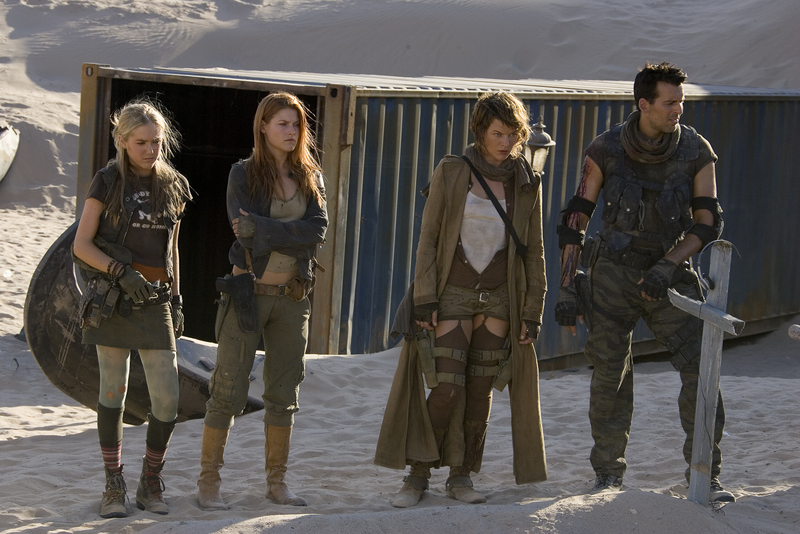 Another band of survivors — the virus’ creators, The Umbrella Corporation — has far more sinister goals and its head scientist, Dr. Isaacs (Iain Glen, Resident Evil: Apocalypse) is failing in his attempts to clone Alice (Milla Jovovich) whose mutated blood would enable him to control the zombies for his own purposes.

After her first two encounters with the zombies, Alice is content traveling the country on her own, but finds that she has developed powers, including telekenetics. Now she’s no longer a truly vulnerable character — an essential trait for the series — and essentially becomes Wonder Woman fighting zombies. Just like Resident Evil: Apocalypse, the film is always more engaging when Super-Alice isn’t running around. 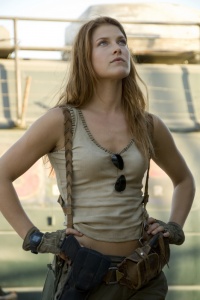 Jovovich isn’t quite at the acting level to make Alice a sympathetic and at times likable character. She’s the hero because writer Paul W.S. Anderson is fascinated with her exploits, never mind the far better material he could work with focusing on the characters that made the video game franchise so successful. I suppose this all works out just fine for Anderson as he marries Jovovich in 2009, but his fawning over making Alice the best fightah EVAH is borderline annoying. Capcom has yet to put Alice in any of their Resident Evil games so I’m not the only one who’s not her biggest fan.

Again, Anderson tosses a few scraps to fans with game favorites Claire Redfield (Ali Larter, Heroes) and Albert Wesker (Jason O’Mara) making their film debut. Claire is the leader of a caravan — that now includes some of Alice’s former allies — traveling to Las Vegas for supplies while Wesker watches the events from an undisclosed location.

Russell Mulcahy, a director who primarily specializes in music videos and TV shows, doesn’t seem lost in handling a big-budget action film even if he sticks too close to tired horror movie cliches.

Wide shots in buildings are only used to have someone run by in the foreground and any slightly unique camera angle signals the arrival of a zombie about to pounce on an unsuspecting victim.

The one scene that has a measure of originality to it — where virus-infected crows attack the caravan is a great scene and the film’s one true highlight as it’s different than the ‘oh swarms of the undead are attacking.’ 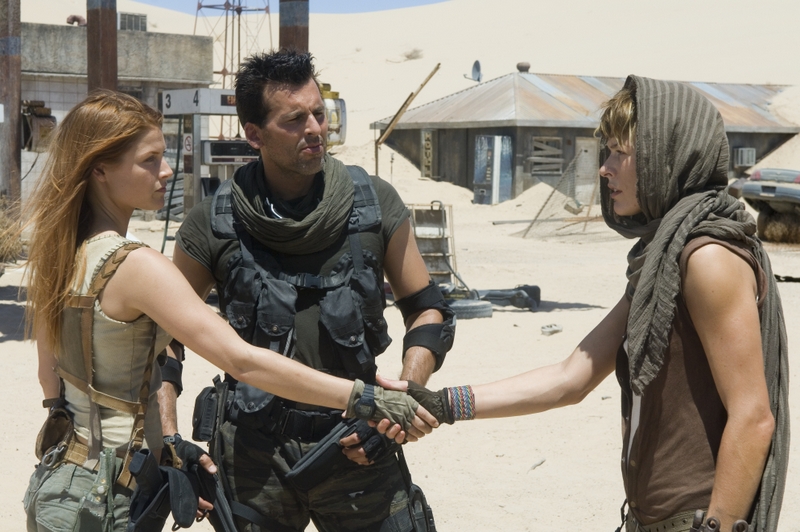 Too bad there’s not enough thinking outside the box to really bring something new to the film outside of a new location.

As far as this franchise goes, it looks like it’s game over as the only thing extinct is the creativity.