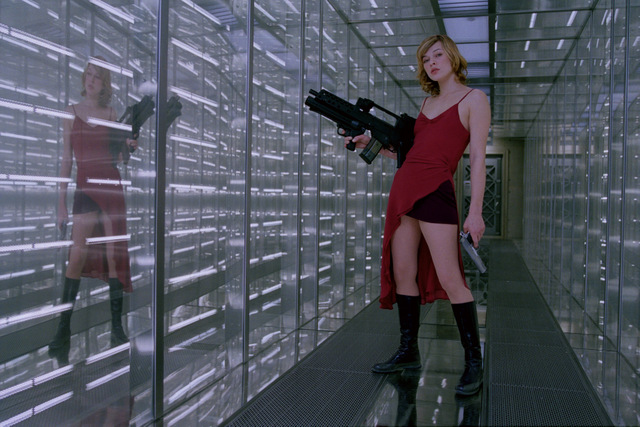 Resident Evil gets movie franchise off to good start

Considering the genre’s track record, it’d make sense to be cautious with Resident Evil a film based off the popular video game series where humans fight to survive in a mansion and towns overrun by zombies. While not an exact adaptation of the Capcom series, this zombie action franchise gets off to a strong start in this solid debut thanks to an effort to capture the spirit of the games and its anything can happen, over the top violence mindset. 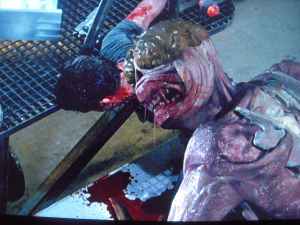 A mystery man flees an underground genetics lab called The Hive, but not before unleashing a deadly virus that quickly infects everyone in its path turning them into flesh-craving zombies. 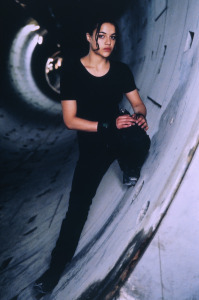 Somewhat removed from the Hive happenings, is Alice (Milla Jovovich), a woman who awakens in a shower with few memories of how she ended up there. Before she can further investigate, a group of commandos crashes through the windows on a desperate timetable.

Alice was a member of this strike force on an undercover mission to find out what was going on in The Hive. Now with the virus unleashed, the team — including James Shade (Colin Salmon) and Rain (Michelle Rodriguez) — has been sent to permanently shut down the lab before the virus can spread to the surface. Along the way, the team encounters a mystery man Matt (Eric Mabius) who has a personal stake in uncovering The Hive’s secrets.

The Hive’s computer system, dubbed The Red Queen, isn’t feeling very hospitable and begins attacking the group with its defense system. In staving off The Red Queen, the group unwittingly frees  the lab workers who are now starving for a little fresh meat.

The group travels through the complex desperately searching for a way out, but as one by one, the group gets taken out by the zombies and other surprises it slowly becomes apparent that none of them may make it to see another sunrise. 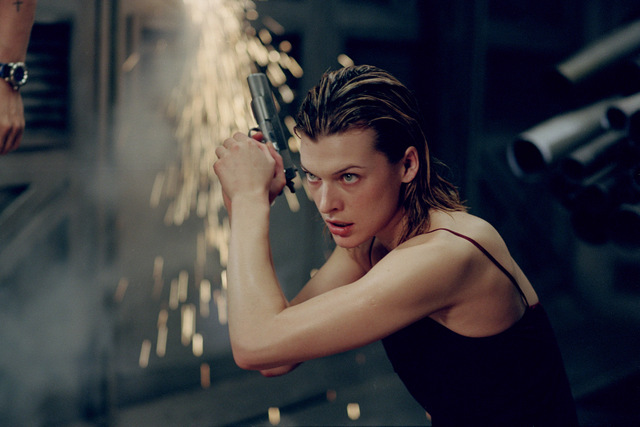 While there’s no mention of franchise regulars Chris and Claire Redfield, Jill Valentine or Leon Kennedy, Director/Writer Paul W.S. Anderson (who directed one of the few acclaimed video game movies in 1995 with Mortal Kombat [Blu-ray]

) actually gets the concept of the series — more enemies than there is ammo — and that sense that another bizarre and unimaginable danger lurking right around the next corner.

Not including any of the “regulars” gives Anderson the advantage of making anyone expendable, which is a smart way to go since he’d likely get all kinds of grief from fans if he tried killing off Chris or Jill.

Anderson captures a sense of video game action in the fight scenes as zombies get blown back by gunfire and heavy slow-motion to up the “that was cool!” factor. 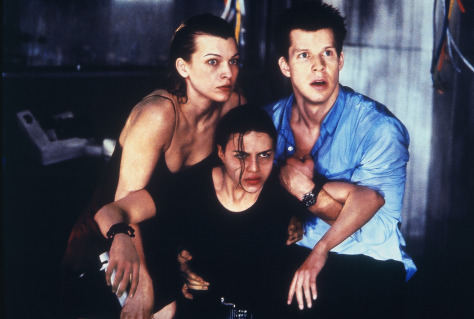 The zombie makeup is well done and the CGI creatures, based on actual game designs, are mostly convincing although you do get the sense they’re added in post-production in some scenes.

The ending hints that there’s a lot more of the Resident Evil universe for the filmmakers to explore and if the next installment is as solid [and features more of the regular characters] this could be a franchise with a very long future.