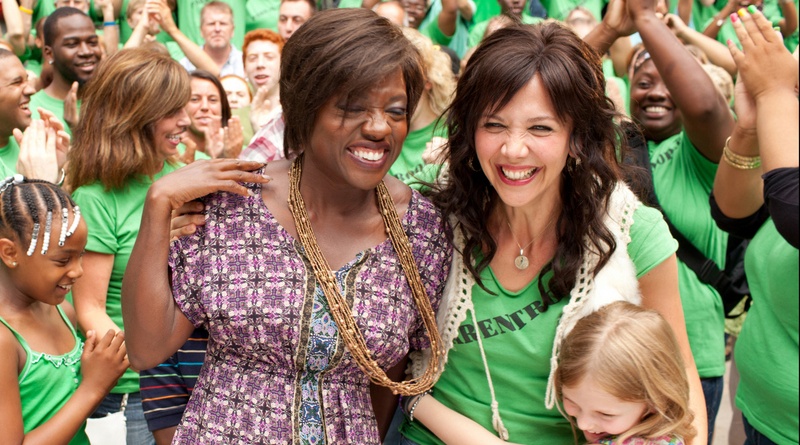 Viola Davis deserved a Best Actress Oscar this year for her role in The Help, but lost out to Academy favorite Meryl Streep. In her next big follow-up, Won’t Back Down, Davis unquestionably delivers another award-worthy performance even if the movie isn’t worth your consideration.

Based on actual events (meaning much of it probably didn’t happen), the film focuses on two mothers trying to better their children’s education while dealing with bored students, lazy teachers and an apathetic school district culture that says, ‘No, you can’t!’

Jamie Fitzpatrick (Maggie Gyllenhaal, The Dark Knight) juggles two jobs while trying to ensure that her daughter, Malia, (Emily Alyn Lind) receives a quality education. Gyllenhaal was a solid casting choice as she makes Jamie relatable and Lind is perfectly cute as her doe-eyed daughter.

Director/co-screenwriter Daniel Barnz paints Jamie’s life as slightly chaotic —she’s always rushing to something and never quite on time for anything — but sticks to the surface level with her. You’re obligated to rooting for Jamie because of what she’s doing, not because she’s especially well-developed. 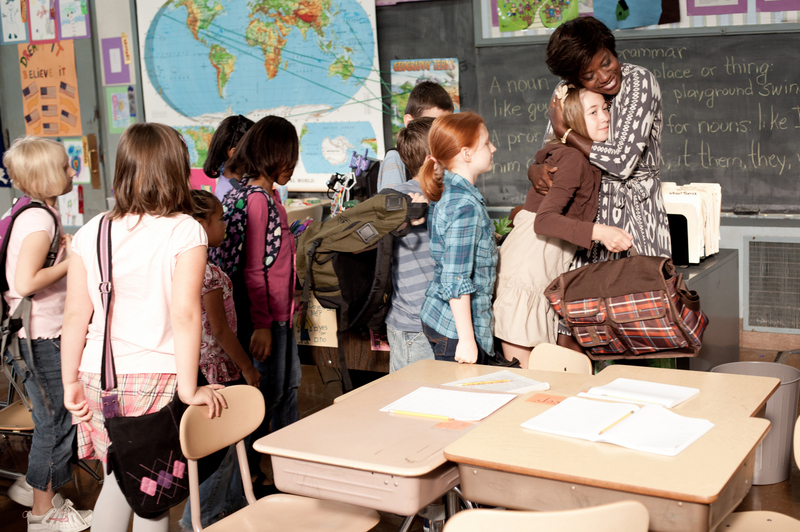 The film’s depth is provided by Davis, who effortlessly takes control of the movie. Davis plays Nona, a decorated teacher worn down by years of administrative bureaucracy; the irony of her son’s own unique learning needs and her crumbling marriage.

With Malia struggling in school and with no easy fixes readily available such as getting her into a better school district or an expensive private school, Jamie is out of options. She convinces Nona that they can fix the wrongs at the school by implementing the changes they want to see. This leads to some resentment from several of Nona’s co-workers and the teacher’s union (led by Holly Hunt and Ned Eisenberg) starting a smear and scare campaign to keep the established system in place.

Nona isn’t the first cinematic professional to be rejuvenated after a change of heart, but Davis gives the role a fresh perspective. Check the subtleties she adds to Nona. She walks shoulders slumped and with an oh-so-slight limp to show the physical and emotional toll the years have weighed on her. As Nona and Jamie start seeing results, watch Davis gives Nona more confidence with upright shoulders, a beaming smile and a bounce in her step.

Barnz offers a cozy, comfortable small scale setting that has the more intimate feel of a made-for-TV movie propped up to the big screen level by its performers.

The film is as carefully constructed a crowd-pleaser as you’ll find all year. That’s both a compliment and my biggest criticism. Barnz and co-screenwriter Brin Hill want to keep the audience happy so much that they cheat them out of any compelling drama. There’s no real threat to the road of happy endings that doesn’t have the slightest curve, detour or at least some construction traffic and it makes for a boring, predictable and cop-out film. 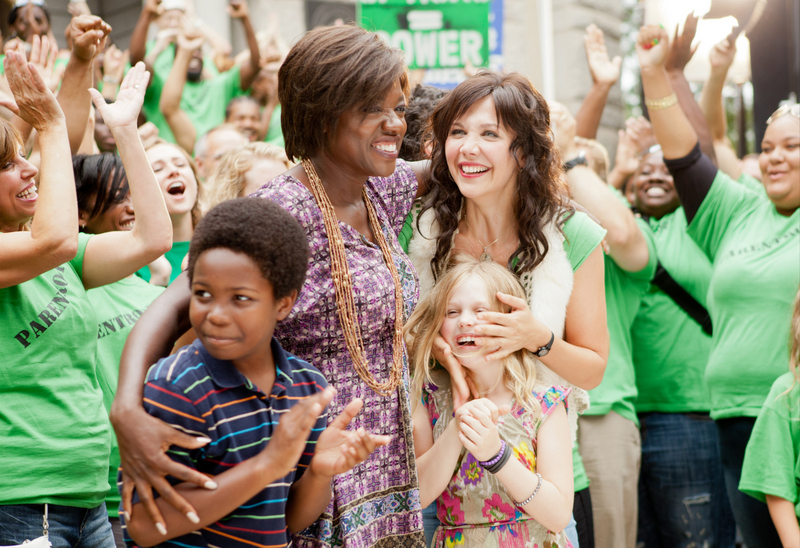 A single, Jamie-aged teacher, Michael (a charming Oscar Isaac, 10 Years) simply seems introduced to mark ‘have adorably sensitive romantic interest’ off the checklist. Never mind how odd it is that Jamie trusts Michael to watch Malia while she’s off crusading after one date. But he’s a character of convenience, so it’s just fine.

Hard-edged characters change their mind because Jamie or Nona say one thing that shakes years of apathy and get them on board with their plan. Barnz and Hill oversimplify the difficulty of changing a system inferring that all it takes is a little hard work and everything will work out in the end in fairy tale fashion.

You get exactly what you expect from Won’t Back Down, but like the parents in the film, I wanted a lot more than just good enough.