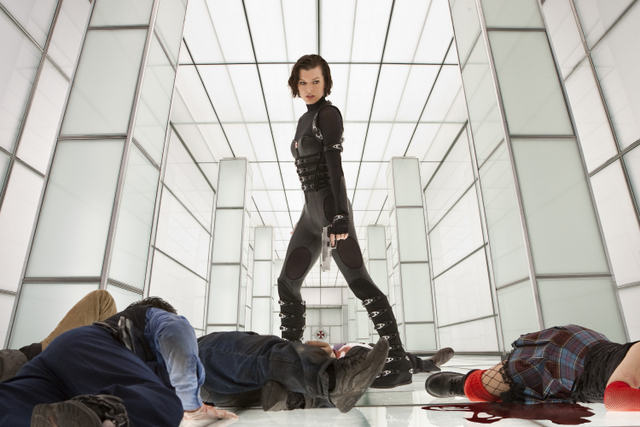 If you’re not already a fan of the Resident Evil franchise, there’s nothing in Resident Evil: Retribution that should or would change your mind.

But for those of us who know what we’re in for with the series, the fifth installment is for better or worse, more of the same — albeit with the familiar levels of ridiculousness from its maddeningly inconsistent Director/Writer Paul W.S. Anderson. 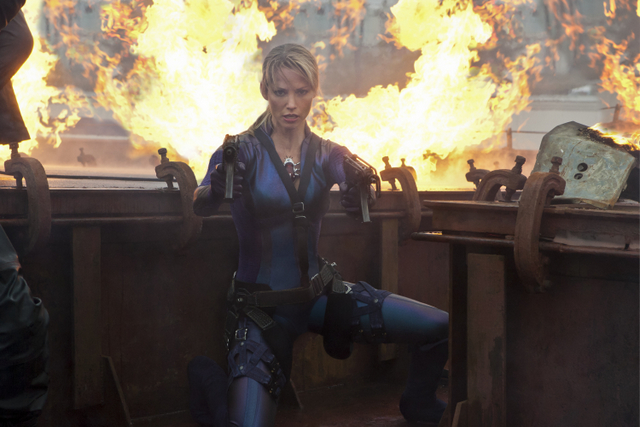 Anderson is all splashy wide-screen visuals (the opening scene picking up from Resident Evil: Afterlife with a battle that unfolds in reverse is creative and a great example of Anderson at his best) and needlessly long action scenes. Seriously, the formula is simple: one head shot to a zombie = end of fight. The exaggerated battles work in the context of a zombie movie based off a video game property, as does the spotty dialogue that would benefit from Anderson writing more tongue-in-cheek so the characters don’t sound so unintentionally cheesy. Anderson is one of the few directors who makes an effort to incorporate 3D into his action scenes so you’ll get your jacked up ticket price worth.

This outing, Anderson does Resident Evil: Bizarro World as protagonist Alice (Milla Jovovich) awakens to find herself captured once again by the Umbrella Corp., who created the virus that has turned much of the population into flesh-hungry zombies. For series’ newcomers, Alice recaps all the essential elements from the first four films and lets us know that her former ally, Jill Valentine (Sienna Guillory) has been mind-controlled to fight on Umbrella’s behalf. 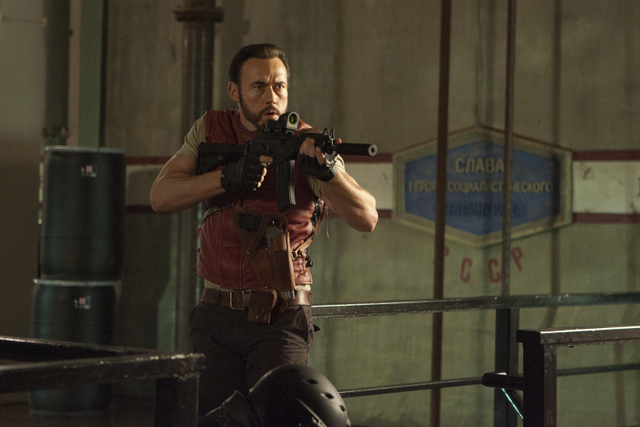 Umbrella is conducting simulations to review the virus’ spread and populates these drills with clones. Yes, it would make more sense for the people to be computer holograms, but we couldn’t have Alice showing off her extreme fighting skillz(!) if we did that. And the logic of running these drills seems silly as any Sith Lord can tell you, if you’ve got a factory of clones, the only sensible option is to put them to war — or in this case have an unending supply of soldiers to fight the zombies.

Some of the clones are Alice’s old allies — Rain (Michelle Rodriguez) and Carlos (Oded Fehr) — and Alice quickly bonds with Becky (Aryana Engineer), who is Alice’s daughter in Umbrella simulations. Becky seems added simply so Anderson can pay homage to (read: rip off) the Ripley/Newt dynamic in Aliens. The Twilight Zone feel gives Retribution a fresh spin on the saga without simply rehashing everything that’s come before. 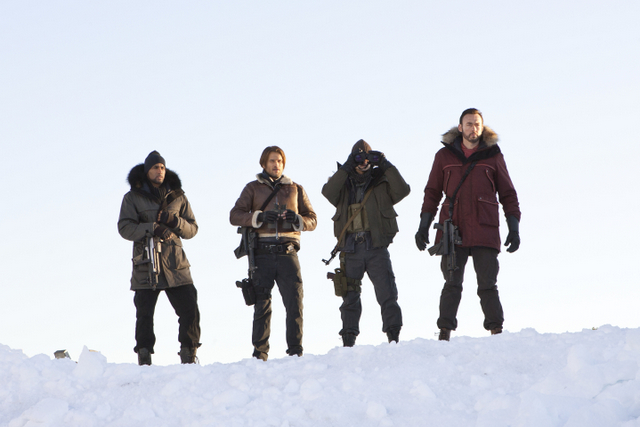 Anderson seems fully tapped into the source material such as basing evil Jill’s attire including the hair color change on the video game Resident Evil 5, but he’d be far better served not revolving the entire movie universe around Jovovich — his real life wife. In Anderson’s world, Jovovich’s Black Widow would always save the day while Captain America, Thor and Iron Man patiently wait for her advice.

This time, he writes the other characters — including popular game mainstays Leon Kennedy (Johann Urb), Barry Burton (Kevin Durand) and Ada Wong (Bingbing Li) so impotent without Alice’s guiding light that she has to tell others to shoot at the pursuing zombies. The worst offense though is when Alice endures the exact same attack that killed one of her allies, but somehow she survives it no problem. There’s star power and then there’s simply ridiculous exceptions for the star. 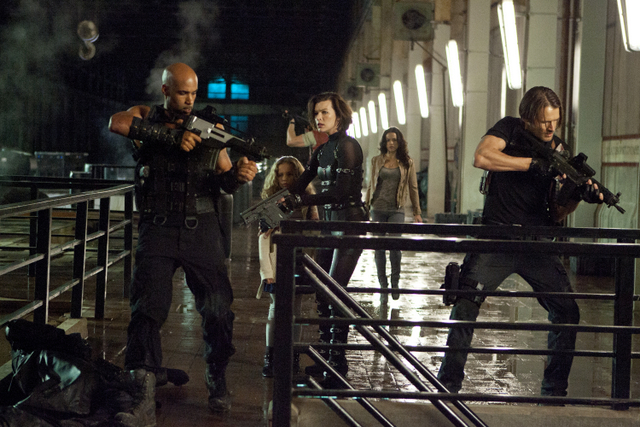 Anderson has steered the franchise since the beginning so by now you know if you like it or don’t. Afterlife remains the high point for me, but Retribution is solid enough. With its quick 96-minute run-time, it’s fast paced and over before you can find too much to hate. Still, this is definitely a film for fans only.