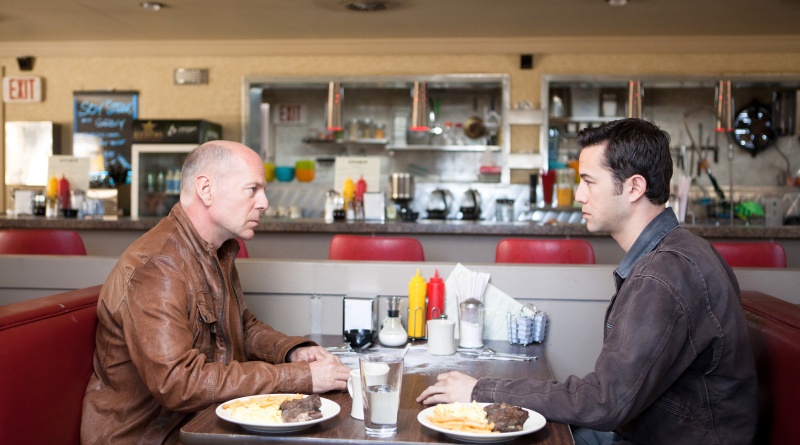 Just when you thought Hollywood studios were incapable of making anything original comes Looper, an endlessly creative mind-blowing film that captures everything right about the movie going experience.

On every level, Director/Writer Rian Johnson (Breaking Bad) conjures up the most imaginative action/science fiction film since Inception. 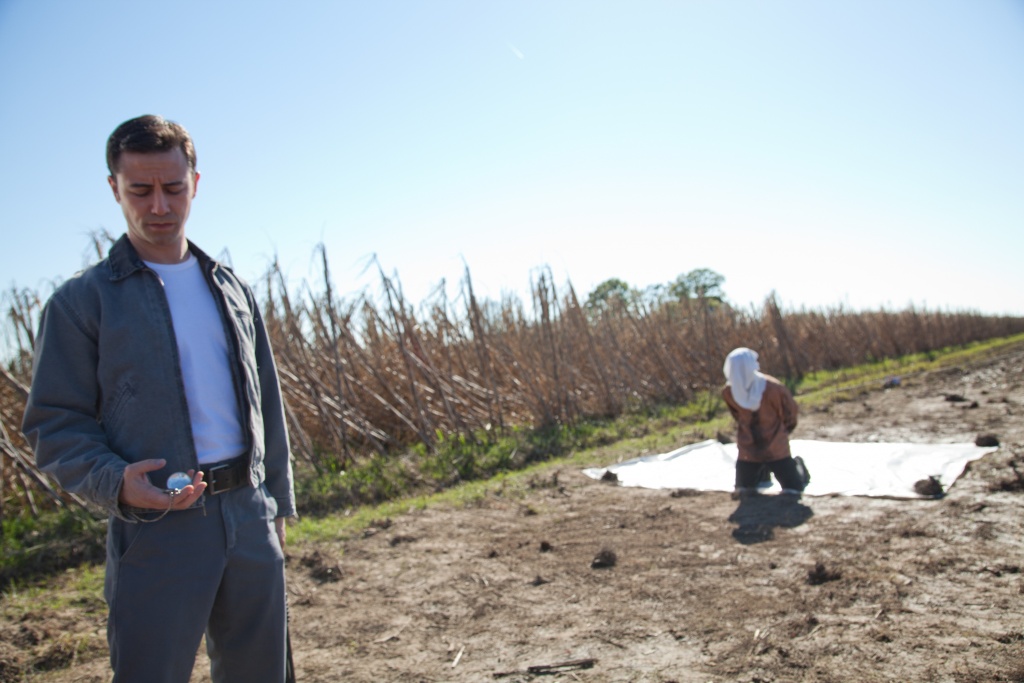 Joe (an excellent Joseph Gordon-Levitt, The Dark Knight Rises) is a looper — a low-level mercenary — in 2042 that has a special arrangement with the mob. Whenever someone needs to get killed, the mob utilizes outlawed time-traveling equipment in 2072 to send a victim back to the past where loopers kill them and dispose of the body.

A looper’s life is generally pretty standard: make the kill; dump the body; report to the mob boss, Abe (Jeff Daniels); party with fellow loopers and lead an otherwise uneventful life. Since the mob doesn’t like loose ends, eventually a looper will kill their future self and be free to lead their life until that fateful encounter 30 years down the road.

On a seemingly routine job, Joe is ambushed by his older self (Bruce Willis, The Expendables 2), who seeks to kill the Rainmaker — an evil mob boss — before he comes to power in 2072 and ruins Joe’s peaceful future. Old Joe has narrowed the possible future Rainmakers to three children and is faced with the ethical dilemma of killing the kids to protect his life.

The plot is a take on the old philosophical question of if you could go back in time and kill Adolph Hitler in his crib — knowing the horrors he’d commit later in life — would you? 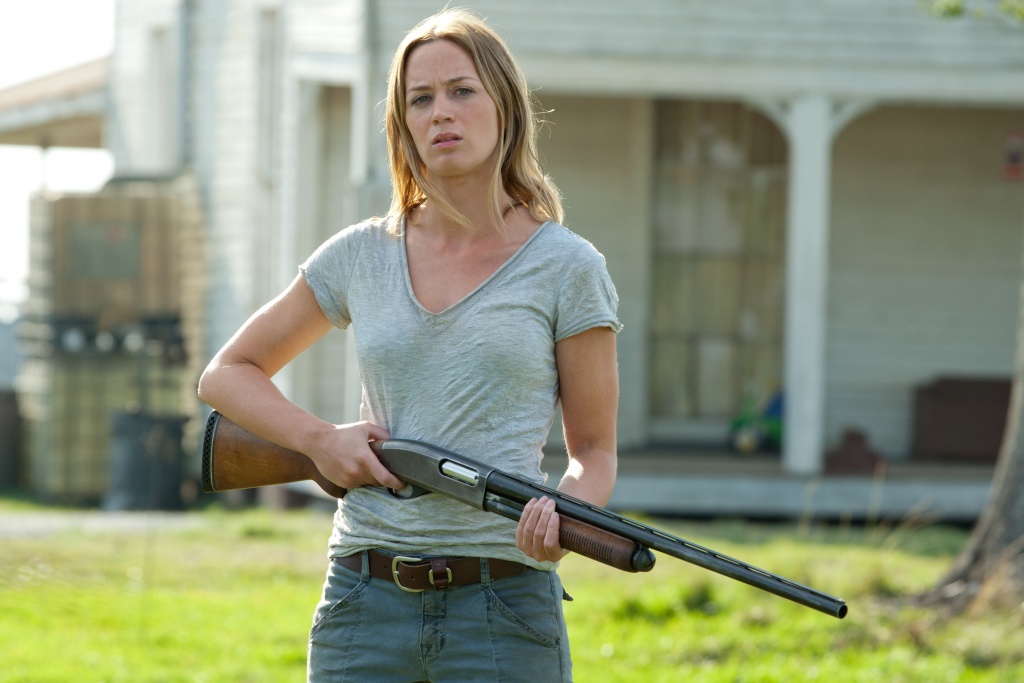 Young Joe tracks down and befriends one potential victim, Cid (Pierce Gagnon) along with his mother, Sara (the consistently reliable Emily Blunt, Your Sister’s Sister). Johnson pays homage to The Terminator with a time-traveling antagonist coming to kill a child and the mother named Sara or Sarah (Connor). Johnson does it one better by having the film’s “hero” and “villain” as the same character.

Willis is at his best here, showing Old Joe’s conflicting emotions as he realizes the pain he will cause to fix his future. Gordon-Levitt (complete with prosthetic makeup to look like a young Willis) is thrilling to watch as he channels Willis and brings Young Joe’s realization of his empty and loveless life to light. 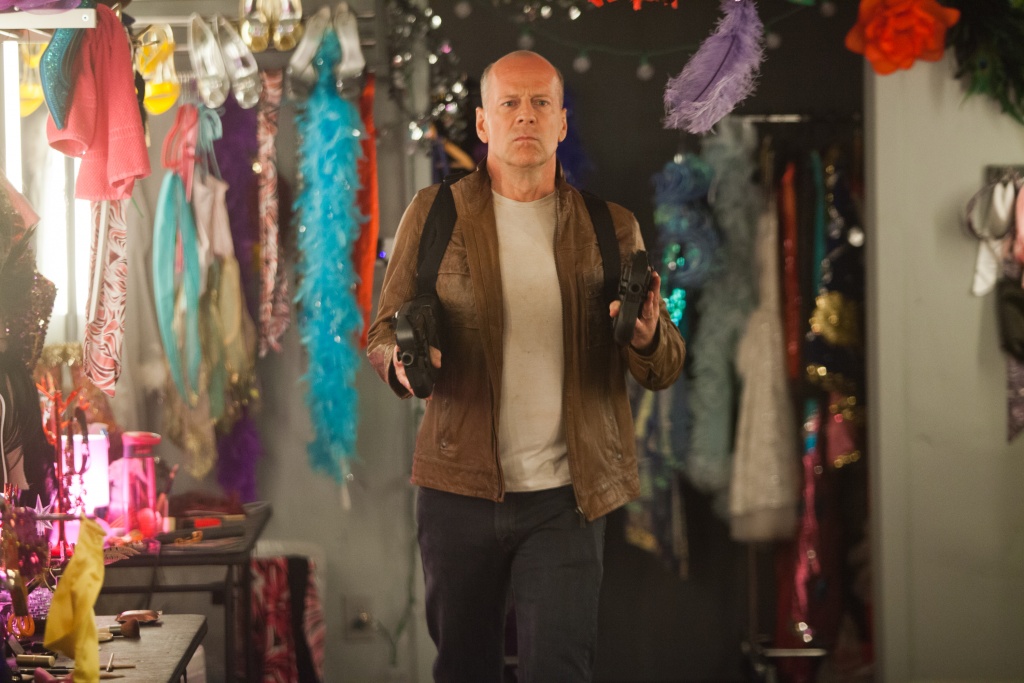 It leads to a fascinating dynamic and one where audience members can root for either side. Johnson keeps the pace moving and while time travel stories can easily get confusing, he is careful never to have the characters talking over the audience’s head or going so fast that you’re lost with no hope of figuring out what’s happening. He smartly limits the action to small doses and is one of the few directors to scale back expectations of future tech making the events seem much more likely to occur 60 years from now.

Looper is a welcome breath of fresh (fall film) air with an inspired premise and stellar acting. It’s easily one of my favorite films this year and one you absolutely must see on the big screen.