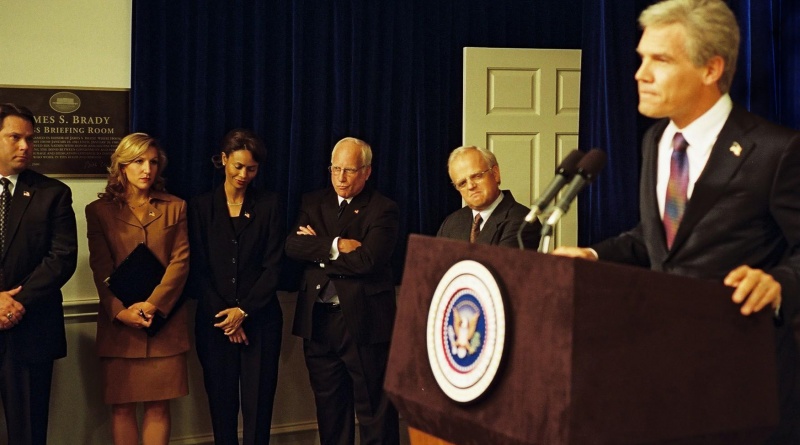 In W., Oliver Stone paints a portrait of President George W. Bush that is at times mocking, sympathetic, dynamic and revealing, but always entertaining.

Josh Brolin (No Country For Old Men) deserves a lot of the credit and his performance as the titular character should merit a Best Actor nomination. Stone starts and ends the film with Bush alone in a deserted baseball stadium, almost suggesting that for Bush — this is the one arena in life he’s happiest.

Through a series of flashbacks, Stone and screenwriter Stanley Weiser show Bush as a free-spirited, privileged never-do-well stuck in his father George Bush’s (James Cromwell, 24) shadow who consistently tells W that he is disappointed in him.

After one of W’s drunken escapades, Bush Sr. chews him with one of the film’s best lines asking ‘What do you think you are? A Kennedy?’ 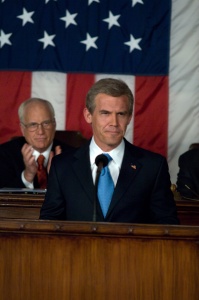 Once his father loses his presidential re-election bid, W takes both the positive and negative lessons in his own bid for a sense of larger purpose and to finally win his parents’ approval. It shows a different side of Bush and one that puts W in a much more compassionate light.

It’s a tricky proposition to star as a person every American is familiar with and navigate that fine line of simply impersonating the character and channeling that person so closely that it’s hard to remember it’s an actor. Brolin doesn’t bother pretending to be Bush, he simply completely commits to the role without coming across like an SNL skit on an easy target. 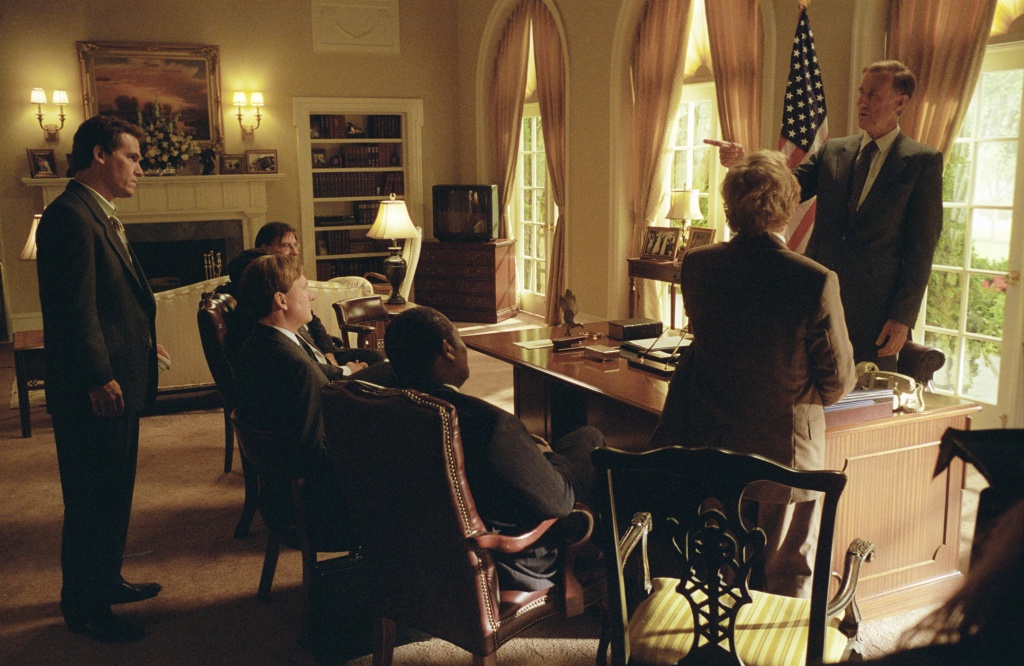 Stone incorporates file footage from actual events for added realism, such as clips of Democrat leaders John Kerry, Hillary Clinton and Joe Biden listening to W’s infamous speech where he says ‘either you’re with us or you’re with the terrorists.’ As the war goes on longer than any of his advisors predicted and he comes to consider his legacy, Brolin perfectly captures the disappointment and burden Bush likely endured.

Your enjoyment of the film might strongly depend on your own political leanings. Republicans are likely to consider the entire movie a mockery of Bush determined to cast a negative light on his presidency while Democrats are probably going to find it the closest look at the Bush era, Take II. It’s neither a smear campaign nor a Democratic propaganda piece, but rather a fascinating look at one of the more controversial presidents in recent memory that may end up changing your perspective on the Bush you only thought you knew.