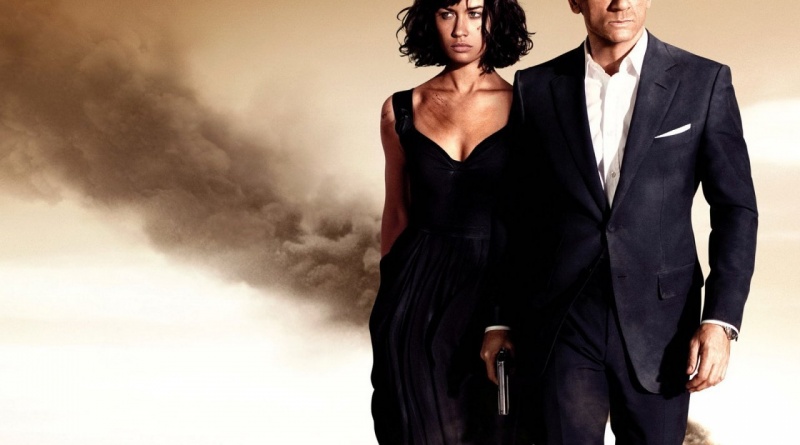 Quantum of Solace — the latest James Bond film — never reaches the heights of Daniel Craig’s first outing as 007, but it’s enjoyable enough and continues the path of redeeming the franchise. 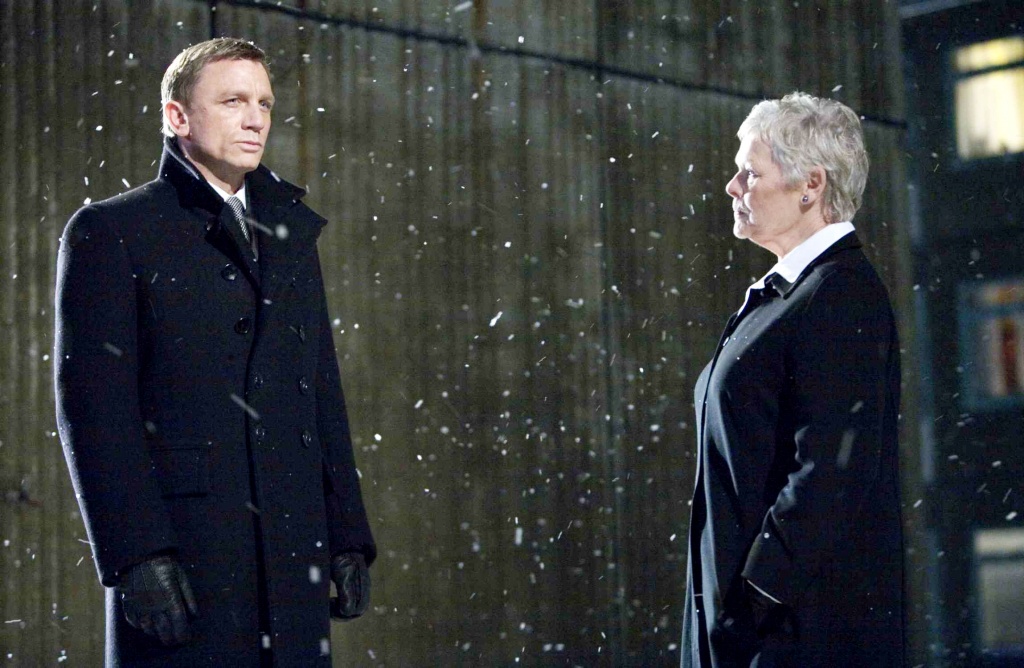 Picking up right where Casino Royale ended, Bond is determined to learn more about the agency that forced his lover, Vesper, to betray him.

Not yet the debonair agent we recall from previous outings, Craig’s Bond is still consumed with the need for revenge and barely adheres to his training. Craig is phenomenal once again and with his steely cold glare and lightning quick movements, he truly embodies 007 for a generation weaned on Jason Bourne, Batman and a host of other superhero films. Craig brings the wow factor back to 007 and will have grown men wishing they could somehow be that cool in real life. 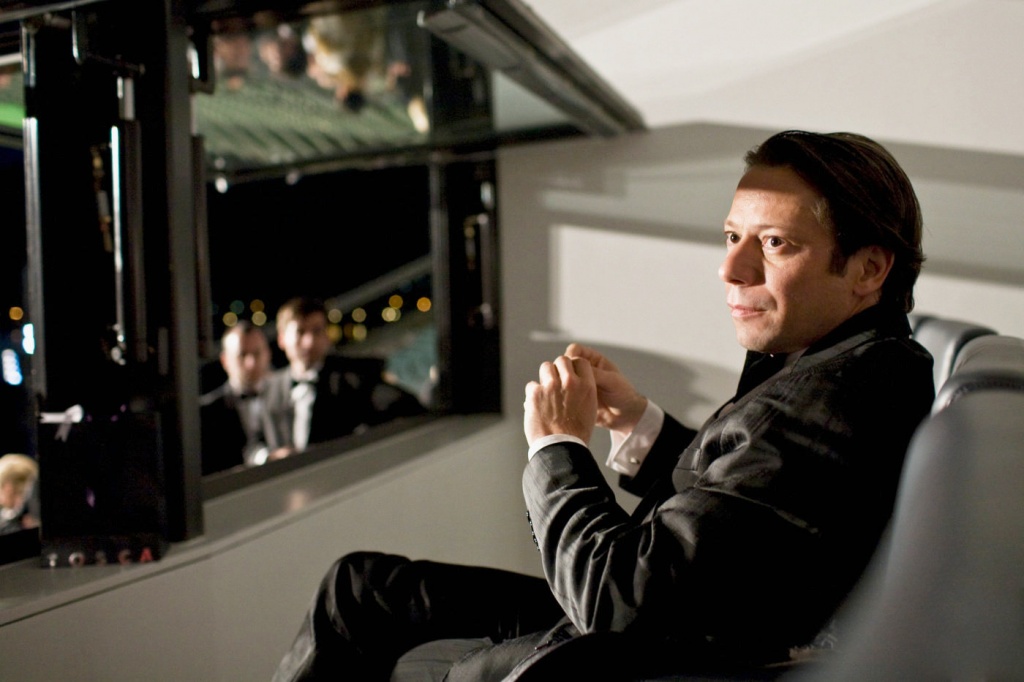 His search leads him to environmentalist, Dominic Greene (Mathieu Amalric), whose interests seem to lie in much more than making the world more eco-friendly. Greene is a boring villain and he comes across more like the main villain’s slimy henchman. The chemistry with Bond babe Camille (Olga Kurylenko) isn’t as engaging as it was with Vesper and the more relaxed moments suffer for it.

The Casino Royale screenwriting team of Paul Haggis, Neal Purvis and Robert Wade returns and maintains their take on the character so Bond doesn’t turn into a quip-spouting, gadget-using caricature again. 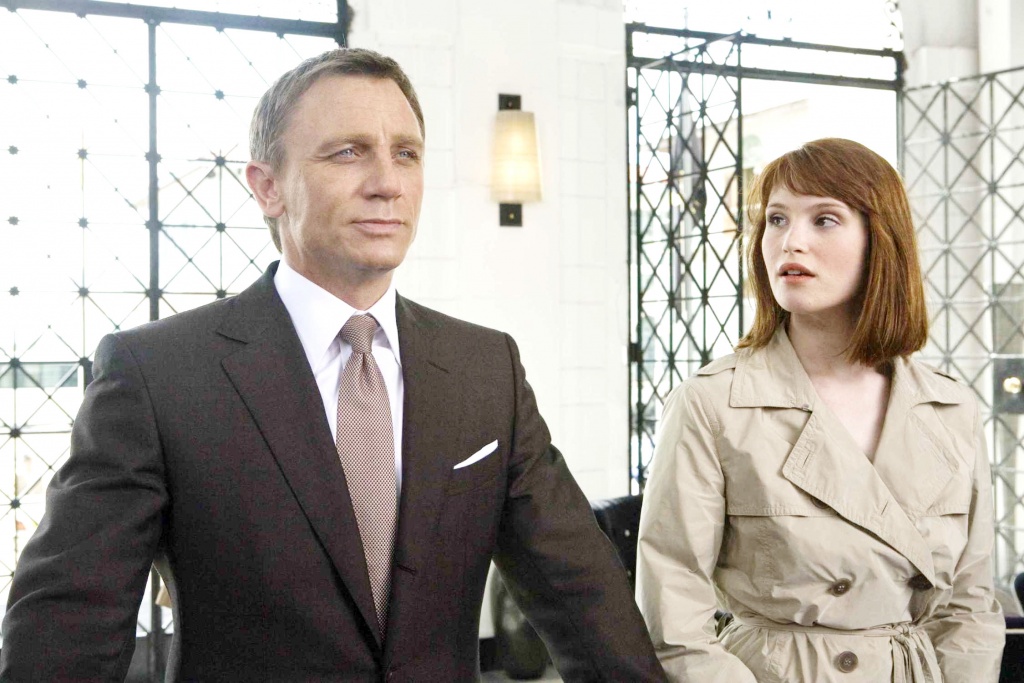 Dan Bradley, the stunt coordinator for the Bourne trilogy, lends his skills in crafting the fight scenes so the use of anything available as a weapon is similar to the Bourne Identity series, but Bond is much colder and brutal in his fight style.

Director Marc Forster (2005 Golden Globe nominee for Finding Neverland) hadn’t entered into the hardcore action genre until this outing but he proves just as creative. A battle atop rooftops and navigating through a scaffold set provides for a great adrenaline rush and in true sequel sense, the action is twice as big and the stakes equally upped. 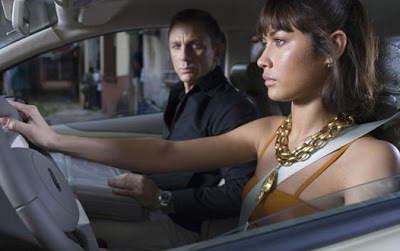 But for all the action and mayhem, there’s never a strong connection to this installment and it all feels too matter-of-factly without the thrills and narrow escapes that have come to define the franchise.

Solace feels a bit long as a result, but it still has all the action, globe-trotting and another dynamic performance from Craig. And even an average Bond film is better than most action movies so I’m still on board and ready for the next installment.