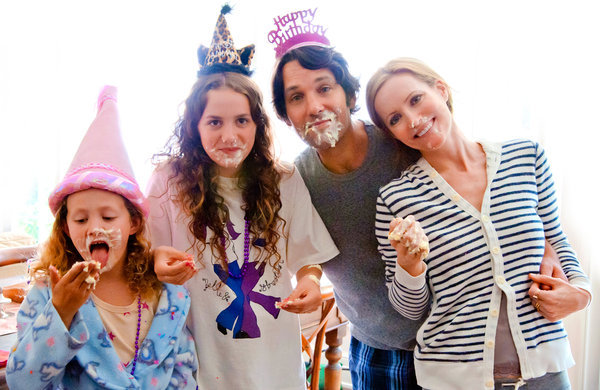 Judd Apatow’s latest comedy/drama, This Is 40, is a surprisingly honest, thoughtful and entertaining look at life after hitting the big 4-0. In the opening scene, longtime married couple Pete (Paul Rudd, Forgetting Sarah Marshall) and Debbie (Leslie Mann, ParaNorman) are enjoying some quality time when he ruins the moment by telling her he’s using Viagra. She pauses and considers this is the state of her life upon turning 40 — being married to a guy who feels the need to use Viagra to please her. Apatow’s message is simple — getting old is only slightly better than the alternative. Just not by that much. 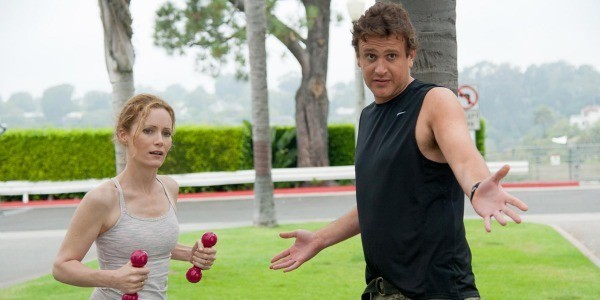 Pete isn’t Apatow’s typical stunted adolescent male unwilling to grow up and Debbie isn’t some unbearable shrew who nags him about every decision. They’re of a similar mindset about raising their girls, Sadie (Maude Apatow) Charlotte (Iris Apatow), and while they bicker from time to time, they still love being around each other.

It helps that we’ve got some familiarity with them as the enjoyable couple from Apatow’s 2007 hit, Knocked Up, and that Rudd and Mann are immensely likable in the roles.

In his previous four films, Apatow has occasionally struggled finding the right tone, but here he seems more comfortable as a storyteller without tossing in stupid “only in a movie” type events for Pete and Debbie to handle. Those that do occur — Pete’s mooching father (a scene-stealing Albert Brooks), Debbie’s awkward relationship with her father (John Lithgow), parenthood and trying to maintain their businesses — are a lot for a two-hour movie, but don’t come across as forced.

The film’s tone is likely helped as Apatow can more easily relate to Pete. Rudd could easily be considered Apatow’s avatar as he’s playing the husband and father to Apatow’s real-life wife and children. As such, the film is great whenever Rudd and Mann are together and when they’re not, things get dicey. “Bridesmaids” standout Melissa McCarthy delivers the biggest laughs with two brief, but memorable scenes as an outraged parent.

It’s the closest Apatow comes from straying too far from reality for the sake of a movie moment, but it works because McCarthy is so funny. Chris O’Dowd (Bridesmaids) and Jason Segel (Forgetting Sarah Marshall) needed meatier roles and aren’t effective with their limited screen time.

Sadie and Charlotte’s bickering sibling subplot feels more of a vehicle for Apatow to showcase his daughters. The biggest time-waster though is the awful subplot where Debbie’s mousy employee, Jodi (Charlyne Yi, Knocked Up), convinces her that her co-worker, Desi (Megan Fox), is stealing from her.

Fox seems cast for her willingness to parade around in her bikini and bra and panties, but Apatow at least tries to disguise that with a quick scene where Desi inspires Debbie to let loose and enjoy life. It doesn’t work, but at least he gave an effort. And I doubt most straight guys will complain either way.

Thankfully in this outing, Apatow devotes the majority of his time on Pete and Debbie, who’ve never managed to make a mid-life crisis look more fun.