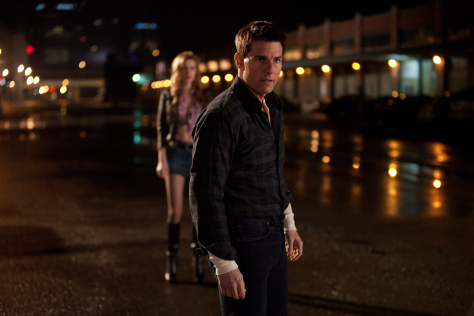 Tom Cruise is all set to make his latest, Jack Reacher, the start of a new action franchise and while he delivers, the rest of the film is a silly, plodding effort that never fully comes together. 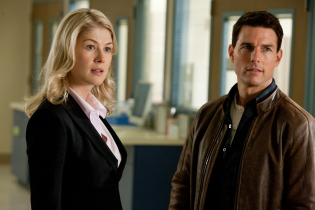 The film opens with a sniper shooting five people on a sunny Pittsburgh morning. It’s not a quick scene as Director/Writer Christopher McQuarrie gives us the sniper-scope perspective, following the trail of the shooter as he callously ends five lives. It’s difficult watching the opening scene without thinking of the still far-too fresh images of the Sandy Hook Elementary School tragedy and not wondering if the film’s release should have been delayed a few weeks.

Investigators quickly identify and arrest a suspect, Barr (Joseph Sikora, Safe). Barr doesn’t admit to the crime and has one request — get Jack Reacher (Cruise, Mission: Impossible – Ghost Protocol). Reacher forges a reluctant alliance with Helen (Rosamund Pike, Wrath of the Titans), the one attorney who wants to see Barr get a fair trial.

McQuarrie is still trying to capture the lightning in a bottle from his second screenplay — the 1996 Best Writing Screenplay Oscar-winner Usual Suspects. Some of the dialogue is laughable and character motivations are rarely adequately covered, specifically during the final act. 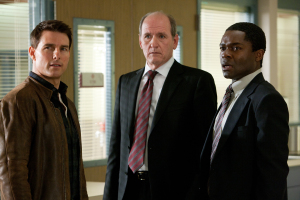 While he’s not the 6’5 character that writer Lee Child described in his book series, I liked Cruise in the role. I’m not sure if that’s because I like Cruise’s take on Reacher — a mix of his playful Ethan Hunt from Mission: Impossible and his hyper-intense assassin Vincent from Collateral — or simply because he gets all the best scenes and is the film’s only competent character.

Much like 24’s Jack Bauer, everyone doubts Reacher and is constantly second-guessing him even though he clearly is the only one that has a clue about what’s going on. 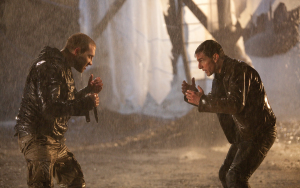 It most negatively affects Helen, who we’re supposed to buy as this crusading defense attorney with a habit of wearing increasingly shorter skirts and low-cut blouses that can barely function now that Reacher’s arrived. When he warns her that the bad guys have an inside man — either her father (Richard Jenkins, Killing Them Softly) or police investigator Emerson (David Oyelowo, Red Tails) — it seems like an obvious clue she should have picked up on far earlier.

McQuarrie definitely has no problem making Reacher the coolest man in the movie whether with some sarcastic responses, hospitalizing bad guys or having every woman nearly swoon in his presence. It’s the kind of character coolness overkill that makes sense when casting a relative unknown, but it’s unnecessary when one of the biggest movie stars on the planet is playing the role. McQuarrie never seems settled on his tone either.

He shifts from drama such as when Helen speaks to the victim’s families to action comedy — one fight scene reaches near-Looney Tunes levels of silliness — then shifts to your standard serious action flick complete with extended car chase. And his attempts to make background player The Zec (Warner Herzog) this mysterious, deadly figure are disastrous as he comes across more like a B-movie villain. The film’s too long for the story McQuarrie has to tell. This is a basic CSI or Elementary plot stretched out to two hours. 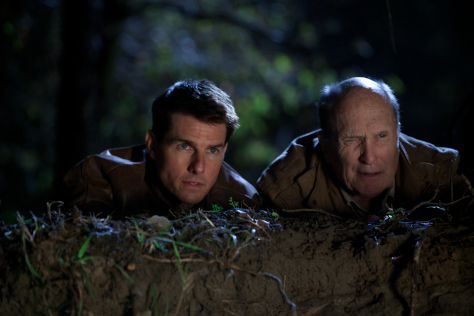 Robert Duval has a weird, but fun cameo as Cash, a shooting range owner, providing the film with such a much-needed spark you’ll wish he arrived much earlier.

With stronger supporter characters and more of Duval’s Cash, Cruise could be on to something with Reacher, but this first installment is little more than a stretch of a compelling action film.