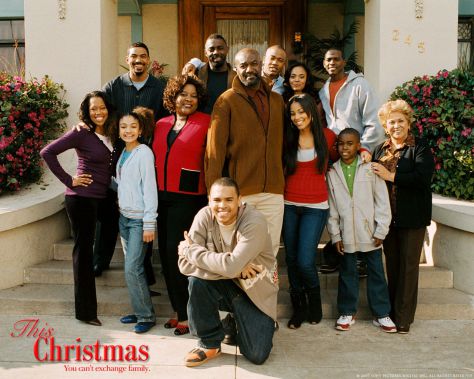 Why can’t more movies be like This Christmas? Or is it really that difficult to make a movie that’s a genuinely touching and realistic portrayal of African-American families? 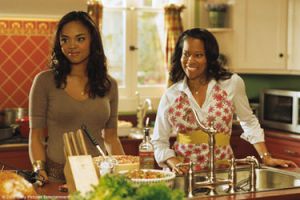 It’s Christmas time and Ma’Dere’s (Loretta Devine) entire clan is coming home for the holidays to join her and the youngest ‘Baby’ (R&B singer Chris Brown).

Eldest daughter Lisa (Regina King) is a stay at home mother for her two children — who may get six lines through the movie — while her husband, Malcom (Laz Alonso), treats her more like his secretary.

Career-minded Kelli (Sharon Leal, Why Did I get Married?) is in from New York; Claude (Columbus Short) has a few secrets regarding his military leave and Mel (Lauren London, ATL) has returned from college with her newest boyfriend in tow. Casting director Kim Hardin did some excellent work as the cast actually looks like they could be related. 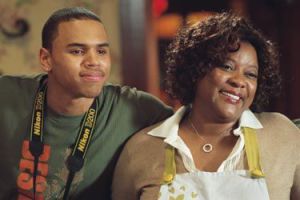 With the rest of the family back home, Ma’Dere’s long-time live-in boyfriend Joe (Delroy Lindo is perfectly cast as the ideal father figure) has to go through the illusion that he’s leaving every night so the kids don’t get wise to their sleeping arrangement.

It’s also refreshing seeing a nice blend of established actors (Lindo, Devine and King) with a new crop of relatively under-exposed talent (Brown, Short and London). It makes for a nice change not having the same actors you might be accustomed to seeing in large black ensemble films, i.e. Taye Diggs, Morris Chestnut, Nia Long, Gabrielle Union, etc. 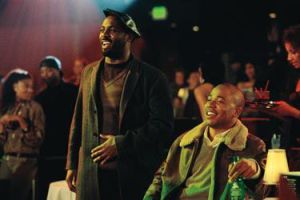 Director/Screenwriter Preston A. Whitmore II balances the various subplots well and gives each character time to truly develop and work their issues out with the help of their family.

Whitmore skips tired cliché territory with two ‘thugs’ trying to get their money back from Ma’Dere’s prodigal son, Quentin (Idris Elba, Thor). Elba’s brilliant as usual and the protective big brother is a good role for him.

And wonders of wonders, when a movie has engaging characters that you care about early on, the film’s two-hour running time just flies by and you won’t be checking your watch every five minutes hoping it’ll be over soon. 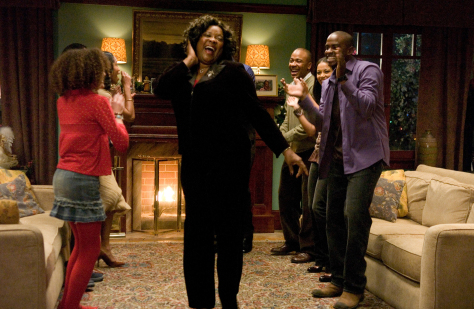 With Brown in the cast, you can imagine a few singing numbers, but they play out well within the context of the film and aren’t thrown in simply to spotlight him or to sell a few more copies of the soundtrack.

I was just hoping for a solid film with a few laughs, but This Christmas proved to be a welcome surprise and is easily the best film of its genre since Soul Food and definitely makes for a excellent holiday season treat.

Buy on Blu-Ray: This Christmas [Blu-ray]