Filled with a “who do you trust?” web of deceit and double-dealing, the perfect balance of action and drama and masterful performances from Leonardo DiCaprio and Russell Crowe, Body of Lies is a compelling, nail-biting spy thriller.

DiCaprio and Crowe originally teamed in The Quick and the Dead and this marks Crowe’s reunion with his Gladiator director Ridley Scott.  Few movies this year have such an impressive pedigree and fortunately it’s not just on paper.

Scott steers the film in a manner you’re never quite sure what’s about to happen next and his talented cast handles the rest.

More so than any of his contemporaries, DiCaprio’s appearance in a film almost guarantees a certain level of quality and excellence. His last five films, including his 2006 films The Departed [Blu-ray]

and Blood Diamond, were nominated for multiple Oscars so basically the man simply doesn’t participate in movies that aren’t worth your time seeing. 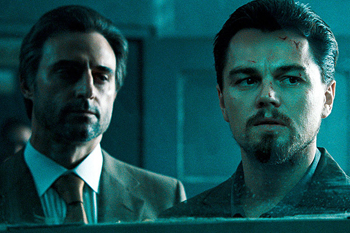 This time out, he stars as Roger Ferris, a slightly arrogant CIA operative on the hunt for a terrorist leader whose trail leads to Jordan.

Within the first 15-minutes, Scott proves this won’t be a talky political thriller with a gritty action scene that shows all the gruesome realities of a war zone.

) a former operative who now coordinates operations safely from behind a desk — and sometimes in the middle of his daughter’s soccer games.

Hoffman doesn’t care about the subtleties of Ferris’ maneuvering and wants the terrorists stopped as soon as possible regardless if it offends Ferris’ overseas contacts such as Hoffman’s Palestinian counterpart, Hani (Mark Strong). 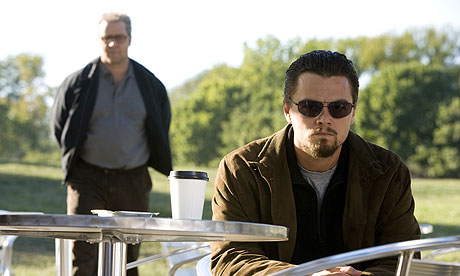 William Monahan’s script, adapted from David Ignatius’ novel, brilliantly captures Ferris and Hoffman’s clashing dynamics in terms of the best manner to accomplish the mission while leaving it up to the viewer to determine who has the better approach.

DiCaprio is solid as always and Crowe has the blustery American solely concerned with the “big picture” nailed to perfection. Strong, however, is the most compelling performer exuding a cool and mysterious demeanor so you’re never quite sure where he stands.

Even if you’re not a fan of the “ripped from the real world war headlines,” DiCaprio, Crowe and Strong make Body of Lies a must-see.