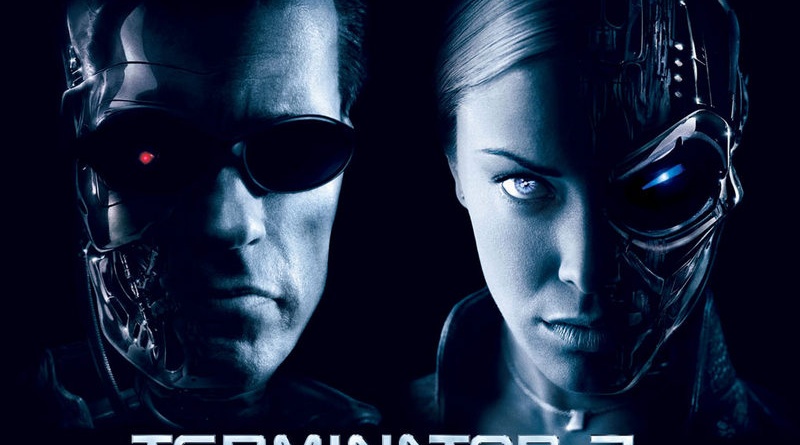 Following the amazing Terminator 2: Judgment Day wasn’t going to be easy for anyone. James Cameron departed the franchise that helped propel him to A-list director status and series regular Linda Hamilton also opted not to return leaving Arnold Schwarzenegger alone to keep the Terminator machine rolling with director Jonathan Mostow (Surrogates) for a different, yet very familiar direction for the franchise with Terminator 3: Rise of the Machines. 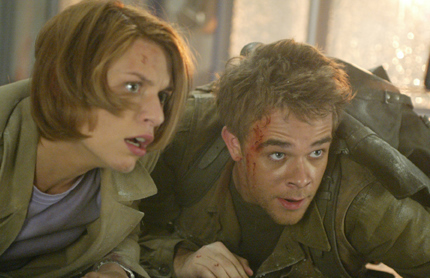 While the summer movie season began as early as May action fans don’t get their first big summer movie until now with the release of Terminator 3: Rise of the Machines.

John Connor (Nick Stahl) prevented Judgment Day a decade ago with the help of his mother and the T-800 Terminator (Arnold Schwarzenegger), but he’s still leery of a “regular life” and moves from place to place like a gypsy — with terrible hair.

But since it’d be a boring movie following Connor working at the Quik-E-Mart, some excitement comes as he meets his future wife, Kate (Claire Danes), just in time as a new Terminator arrives to kill him. Stahl never seems comfortable in the role and hardly makes Connor seem like the guy that’s going to save mankind from an army of machines, but his predecessor, Edward Furlong, wasn’t too great either. I kept feeling like this role was beneath Danes, but she makes Kate a much more likable character than the “generic female in distress” role it could have been in other hands. 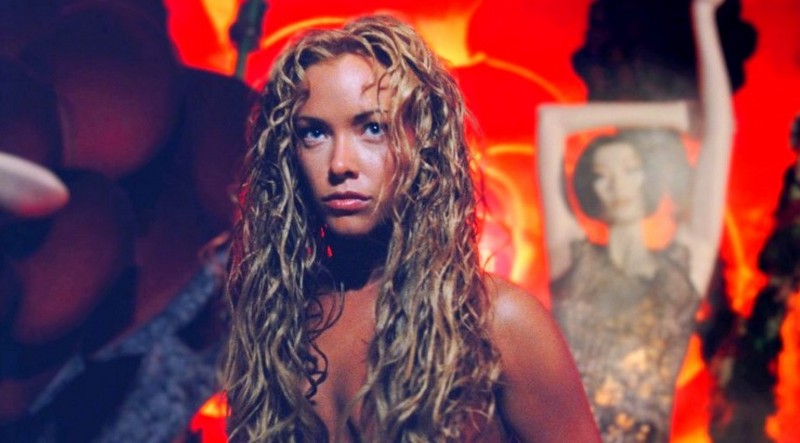 The new Terminatrix (Kristanna Loken) looks like a model, which is pretty smart thinking for the machines as most guys would be happy to get close to a hot blonde. Still, it seemed silly for TX to bother accessorizing.

Just as TX finds Connor and Kate, the good Terminator (Schwarzenegger) arrives, but the outdated model is no match for the super advanced TX. Loken is wooden, even for a robot, and she never comes across like the threat of the original Terminator or T2’s Robert Patrick’s T-1000.

Once all the main characters converge, the film picks up while Director Jonathan Mostow (U-571) appears to be using Cameron’s cliff notes version on how to stage a Terminator film complete with motorcycle chase and big shootouts. 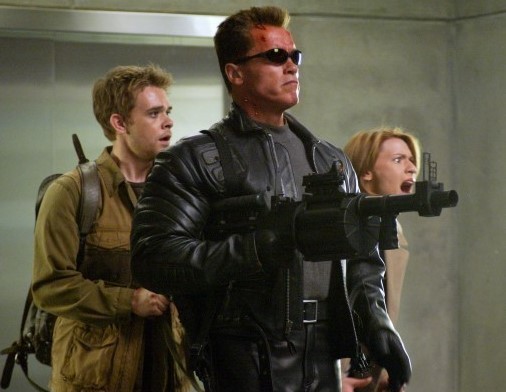 But after one installment of Rock Em Sock Em robots, it dulls a lot of suspense since any damage T-800 or TX sustain doesn’t actually hurt them. The action scenes are far more effective when Connor or Kate is involved.

Mostow incorporates a bit more humor into the franchise while thankfully reduces Schwarzenegger’s corny one-liners to a minimum.

Another nagging problem with the franchise has been that whole Back to the Future time effect question.

So if Connor keeps sending a Terminator to save himself in the past how does that change his future? Finally that question is addressed in a manner that makes sense and actually is open-ended enough to pave the way for another follow-up.

Terminator 3 doesn’t have the gritty feel of The Terminator or the sleek cutting edge of technology look of Judgment Day, but it’s a decent addition to the Terminator mythos. 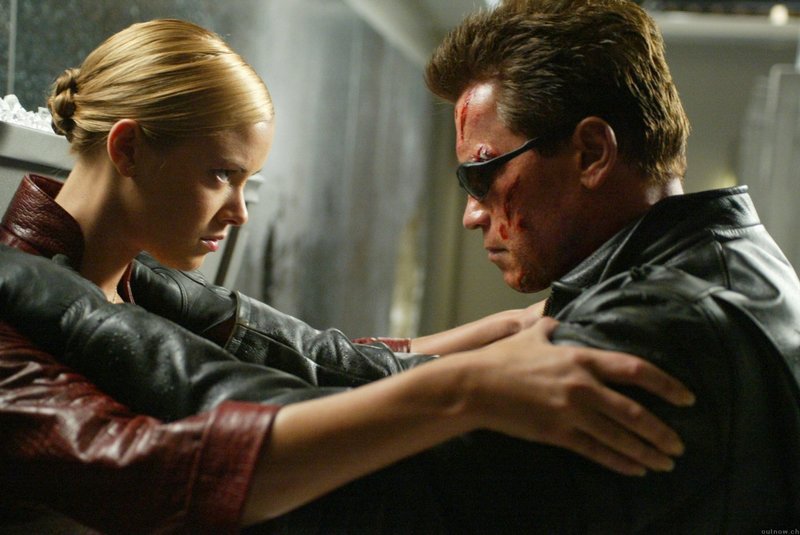 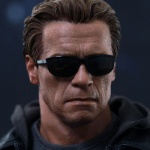