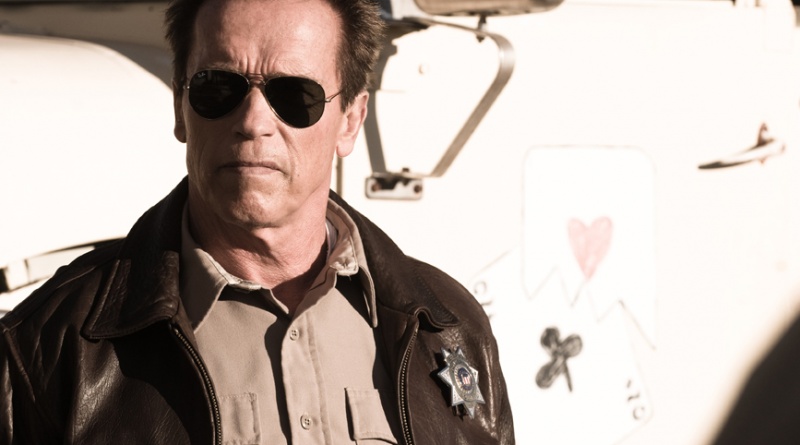 One look at Arnold Schwarzenegger’s new film, The Last Stand, and you’ll likely write it off as being yet another brainless action movie starring the 80s icon looking to return to his glory days after a stint as California’s ‘Governator.’

Don’t be too quick to write it off though as while it does get a bit over the top at times, The Last Stand is an explosive throwback that will thrill action fans who love watching tough guys blow stuff up. 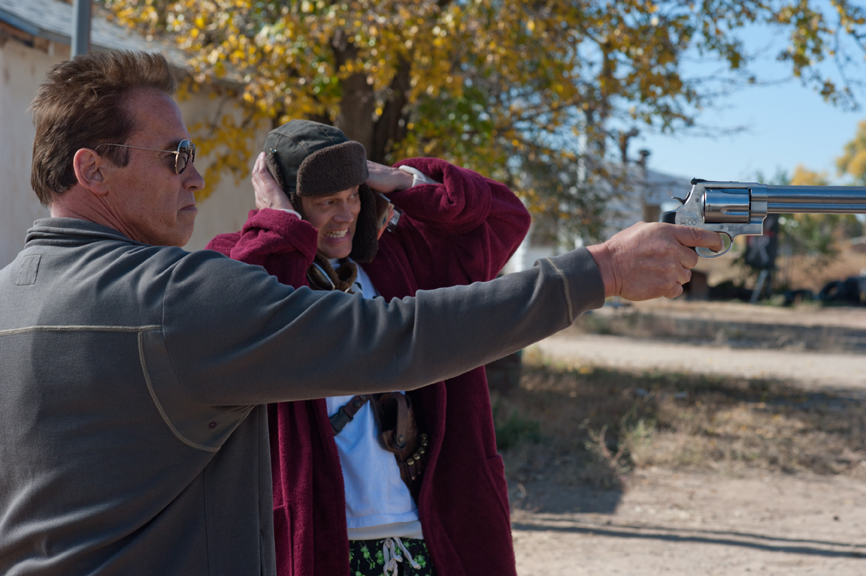 A lot of the credit is due to Jee-woon Kim, the South Korean director making his American film debut. Kim smartly structures the film to limit Schwarzenegger’s physical limitations instead of asking the audience to just play along with the fact that a 65-year-old is able to run, fight or have the stamina of a man half his age.

Schwarzenegger (The Expendables 2) plays Ray Owens, a sheriff in the quaint U.S./Mexico border town of Sommerton Junction. The town is quiet and the biggest crime offense Ray’s had to deal with is illegal parking. It’s so dull that Ray’s deputies, Figuerola (the always fun Luis Guzman) and Jerry (Zach Gilford) have taken to shooting beef slabs at the firing range of town gun enthusiast, Dinkum (a reigned-in, but still goofily entertaining Johnny Knoxville) while Torrence (Jaimie Alexander, Thor) has her ex-boyfriend, Frank (Rodrigo Santoro, 300), locked up in the holding cell for disorderly conduct.

That peaceful life gets rudely threatened when a notorious drug kingpin, Gabriel Cortez (Eduardo Noriega), plans to avoid his FBI pursuers (led by Forest Whitaker) and rendezvous with his gang at Sommerton.

Before Cortez’s arrival, his top henchman, Burrell (Peter Stormare, Lockout), has to make some additions to the Sommerton landscape even if it means taking out some of its inhabitants. This naturally puts him in direct conflict with Ray and his overmatched staff. 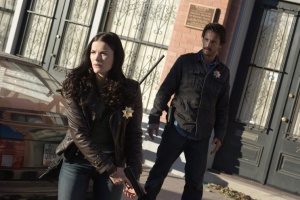 Schwarzenegger may not be a 20-something muscular phenomenon anymore, but he still has the massive charisma that makes you cheer whenever Ray takes out another gun-toting gang member. Guzman and Knoxville provide the laughs, Alexander and Santoro the butt-kicking eye candy roles and Stormare somehow manages to find a great new angle to play his trademark slimy dirt bag.

Screenwriters Andrew Knauer and Jeffrey Nachmanoff don’t try to mimic the 80s movie formula completely so the script isn’t full of bad puns and the action has more consequences for all sides than normal. Still, there are a lot of scenes just intended for some big laughs that deliver.

Kim helps ground the film by bringing the audience closer to the repercussions of violence than maybe some would like. Blood gushes out from chests, legs and heads when a character is shot, but Kim doesn’t get so indulgent with it that the action feels gratuitous. He isn’t afraid to try out something different as the final chase scene works despite its unique setting. 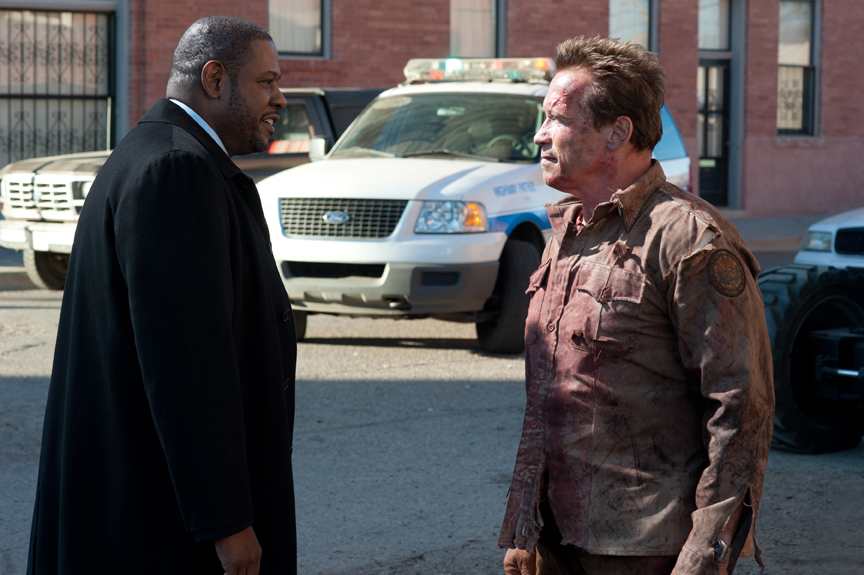 2013 might go down as the year of the 1980s action stars revival as Schwarzenegger’s ‘Expendables’ cast mates Bruce Willis and Sylvester Stallone also have their own action movies coming out, but in his first headlining film since Terminator 3: Rise of the Machines, Arnold definitely proves he’s back.