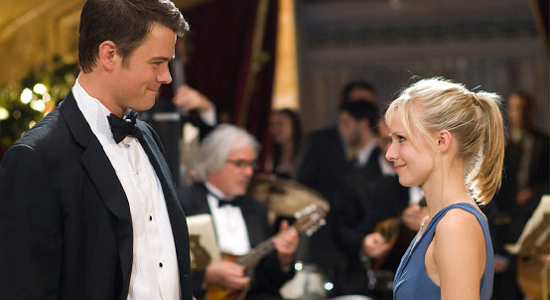 When in Rome is my kind of romantic comedy. It’s funny, a bit silly and doesn’t try to set the new standard for romance in the genre. It’s exactly what you expect, but in a good way. 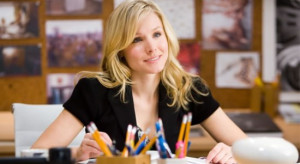 Beth (Kristen Bell, Forgetting Sarah Marshall) is a museum curator burned by love one time too many, but she starts to doubt her anti-love stance when she meets Nick (Josh Duhamel, Transformers: Dark of the Moon), the best man at her sister’s wedding in Rome. 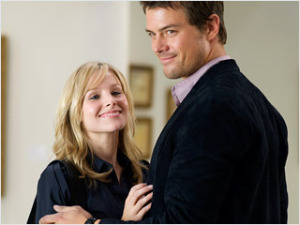 With Bell clocking in at 5’1” and Duhamel a towering 6’3”, the two don’t seem like a natural couple and their onscreen chemistry is only so-so, but their characters are likable enough that we can go along for the (romantic) ride.

It helps that both leads are game for any scenario including a date in a blacked out restaurant or tons of physical, slapstick comedy. Duhamel really shines for his willingness to go beyond the cliché of the “perfect guy” and looking a bit silly in the process.

But just before she can start planning her own wedding, Beth mistakenly thinks Nick is into another woman and in a drunken fit, takes five coins from the fabled Fountain of Love to save five strangers from being silly enough to trust in love. 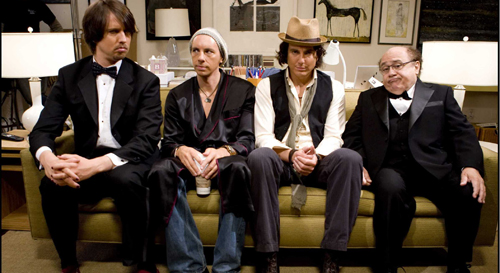 Unfortunately for Beth, she’s cursed herself and the coins’ owners — a street magician (Jon Heder, Napoleon Dynamite), an artist (Will Arnett), a comically vain model (Dax Shepard, Baby Mama) and sausage vendor (Danny DeVito). The four get placed under her spell and fall madly in love with her.

The film’s title is misleading at best as most of the events occur not in Rome, but New York as Beth’s suitors relocate to try and woo her.

My favorite of the four was Shepard’s Gale, who is so obliviously obnoxious he could have been Nick’s sole rival for Beth’s affections in most romantic comedies.

Director Mark Steven Johnson (Daredevil, Ghost Rider) is able to handle comedy well enough and he’s got the good sense not to stretch the movie out beyond its 91-minute runtime. 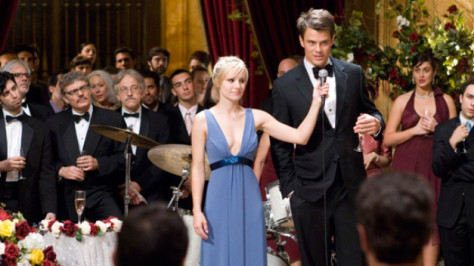 Screenwriters David Diamond and David Weissman (Evolution) don’t spend too much effort on the romance aspects of their romantic comedy, but the comedic elements — goofy as some may be — deliver and the cast looks to be having a blast doing it.

When in Rome isn’t seeking to redefine the romantic comedy genre. The jokes work more often than not, it doesn’t overstay its welcome, it’s got a likable cast and it’s one you don’t have to bother taking too seriously.