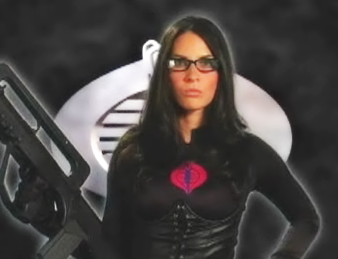 When I first got into G.I. Joe, it was via the comic book written by Larry Hama. While Joe creators Hasbro initially simply had Cobra Commander leading the masked legions of Cobra forces, Hamma said he realized early on that Cobra Commander needed someone else on his team whose emotions we could see so he created The Baroness. 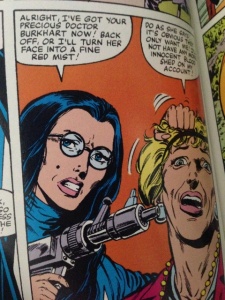 The early incarnation of The Baroness was not some SUPER-HOT model type in black leather. She was more the crazed librarian who has decided to go get all psychotic on you for talking too loud. And I always thought that made sense. After all, a pretty model wouldn’t want to spend time hanging around with a bunch of guys wearing metal masks, right?

Eventually Hama decided to glam Baroness up and thanks to a near-fatal accident and extensive plastic surgery, she became a femme fatale who kept her wardrobe to skintight leather — a look that has now become synonymous with Cobra Commander’s right-hand woman.

So as we countdown to G.I. Joe: Retaliation, I thought it’d be fun to look at some of the various takes on The Baroness. Who pulled off the look the best? 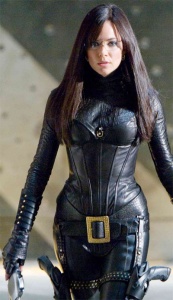 Here’s Sienna Miller from G.I. Joe: The Rise of Cobra. Miller’s thin glasses and lack of Cobra insignia knock down an otherwise great outfit. Baroness was one of the few recognizable Joe or Cobra characters in that otherwise completely ridiculous film and Miller did her best to carry the role. It’s a shame she’s not coming back for Retaliation.  Director Jon M. Chu likely would have been able to do a lot more with her than ROC Director Stephen Sommers. 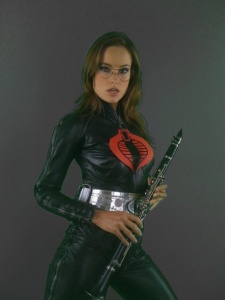 Olivia Munn donned The Baroness’ attire for a couple of G4 “Attack of the Show” spoofs. I can’t imagine G4 spent a lot of money trying to put this costume together, but it looks great and Munn’s glasses help her look the part much more than Miller’s version.

Olivia Wilde got in on the fun for the “Ballad of G.I. Joe” spoof, where she and Destro proceed to rock out to some classic music while they’re taking a break from going after the Joes. Wilde is more of the “hot girl in leather” outfit variety Baroness and her Cobra insignia looks a bit cheap. The silver belt is a bit obnoxious too.

But proving you don’t need to have a massive budget to make great costumes,  here’s some of the best cos-players’ versions of The Baroness. They may not be appearing in movies or any television shows, but I’d likely start with some of them if I was casting The Baroness in a live-action G.I. Joe TV series. Or at the very least hire them on as costume consultants.

Baroness #1 –If you showed comic/toy Joe fans this outfit and said this is what Baroness is going to look like in a G.I. Joe movie, I think even the most Simpsons’ Comic Book Guy would be hard pressed to find something to nitpick about. From the layered shell-style chest armor to the leather, the bright, intimidating red Cobra insignia and square glasses, this is about as perfect a Baroness outfit (and model) you could ask for. 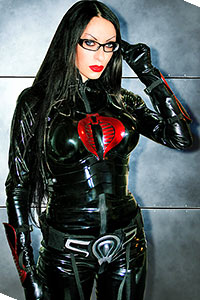 Baroness #2 — I’m kinda partial to this look because this reminds me of the first Baroness costume and making blue leather work has to be harder than the more traditional black. And this Baroness actually looks like she could kick some Joe-tail as opposed to just being pretty. 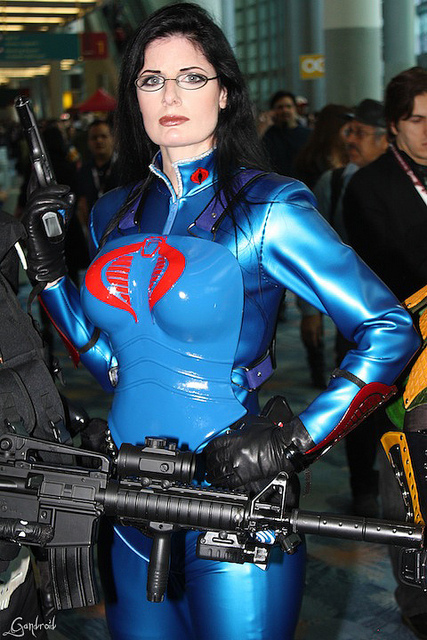 Baroness #3 – This is a hot outfit from Yaya Han. It looks nearly painted on. I like the strap connectors for the chest piece and the shell layers for the thighs are done very well. The only gripe is that the chest piece shell is distractingly shiny compared to the rest of the outfit. 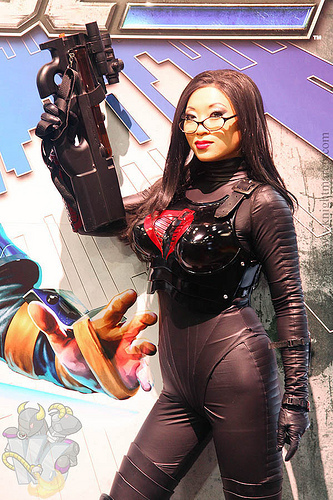 Baroness #4 – This Baroness I think I’ve been able to identify as Kit Quinn. She did an awesome job on her costume, which looks like battle-wear as opposed to a fanboy’s dream come true and several hundred bonus points for the action shot with an excellent Cobra Commander. 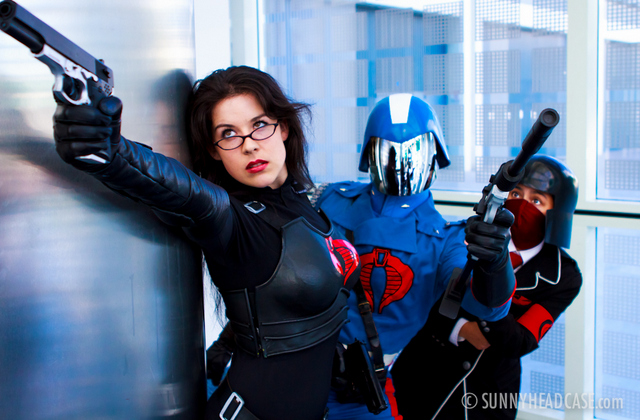 Baroness #5 – Next up is Alodia Gosiengfiao, one of the more acclaimed cosplayers out there. Her costume isn’t quite as polished as some of the others, but I’m not sure too many people are going to complain too much. 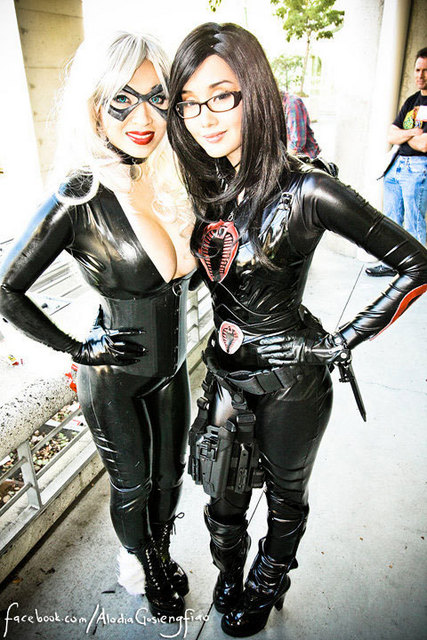 Baroness #6 – A slinky Baroness costume. The chest piece is well done and great job on the insignia. Good job on this one. 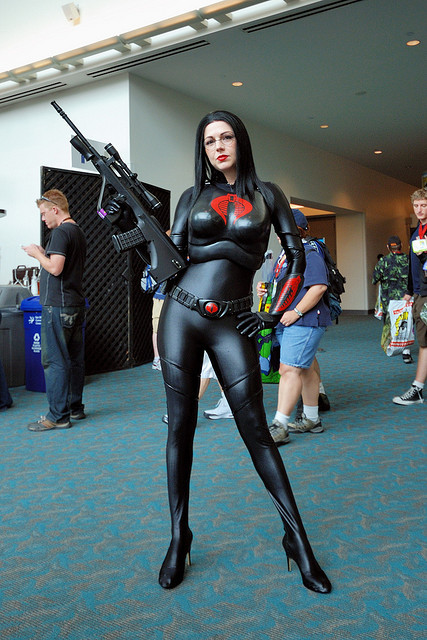