Superman II remains one of the all-time classic superhero throwdowns

For children of the 1970s, there was no greater one-two punch in the history of cinema than 1980 and 1981 as they featured not only the best Star Wars movie Star Wars: Episode V – The Empire Strikes Back, but also Superman II, the much-anticipated sequel to Superman.

I’m completely biased about Superman II. It’s one of my favorite movies and one of the better sequels period.

Despite my bias, the film does have its faults. If Superman presented a how-to on making a superhero comic book movie, this is just as informational in how not to handle a sequel.

For starters, it’s probably a good idea not to run into ‘creative differences’ with your director (Richard Donner) after he’d already shot 75 percent of the sequel and replace him with a director — Richard Lester — with a vastly different approach on shooting a comic book film.

Lester ditched the more majestic cinematography style and gliding camera Donner utilized that romanticized Superman’s abilities and shot the film more like a straightforward comic book panel. That means no billowing cape to add to the magical sense of flight.

Instead, we get a more matter-of-fact sense to all of Superman’s abilities. While Donner reverently portrays Superman as the perfect man, Lester makes him more a regular guy who can fly. Donner’s dismissal also led to Gene Hackman quitting and forcing Lester to use Donner’s material for any scenes involving Superman’s arch-nemesis Lex Luthor.

Fortunately there’s some continuity as Superman screenwriter Tom Mankiewicz returns to rewrite the original script by Mario Puzo and David and Leslie Newman and it’s a good one.

Clark Kent (Christopher Reeve) is flying high as the world’s greatest hero Superman. He enjoys his job as a reporter with The Daily Planet learning the trade from Editor Perry White (Jackie Cooper) and photographer Jimmy Olsen (Marc McClure) even if he’s struggling to spark a relationship with Lois Lane (Margot Kidder) without changing into his costumed alter-ego.

After stopping a terrorist attack in Paris, Superman unwittingly triggers a device that frees a trio of Kryptonian criminals — General Zod (Terence Stamp), Ursa (Sarah Douglas) and Non (Jack O’Halloran) — from the prison his father, Jor-El, banished them. Zod and crew quickly realize Earth’s sun makes them super powerful and they set off to conquer the planet.

The trio would be enough of a threat, but Luthor partners with them with the promise of delivering Jor-El’s son to them. Oddly there’s no explanation where Eve Teschmacher (Valerie Perrine) vanishes off to after helping Luthor escape and discover Superman’s Fortress of Solitude.

Superman’s oblivious of the invasion as Lois has determined his secret identity and he’s ready to trade it all to live a normal life with her as a regular man. The decision has disastrous consequences for him almost instantly even before he sees Zod threatening the world unless Superman faces him.

I’ve already talked about my villain-crush on Stamp’s Zod, but he’s really the key to the sequel working so well. Stamp makes Zod the perfect pompous antagonist with the air of someone used to having his authority unquestionably obeyed. Hackman is masterfully two-faced providing some of the film’s most amusing segments.

Douglas is excellent as his cruel lieutenant providing one of the more sinister femme fatales in the genre. Mankiewicz works in a nice touch of Ursa collecting badges from her victims as trophies of her victories. O’Halloran doesn’t even have to speak to be an imposing threat eager to do nothing more than carry out Zod’s commands. And it helps that they’re such single-minded bad guys and jerks that will lay waste to a town, overrun the White House and vandalize Mount Rushmore just for kicks.

They’re perfect foes for the outmatched Superman, who has to contend with three enemies every bit his equal and it takes a pretty ingenious plan for our hero to outsmart them.  Fortunately, Superman is pretty smart too and the payoff is one of the most satisfying conclusions for a comic book movie fight.

Superman II shows its age more than its predecessor, but that’s largely because this is a much more special effect heavy film. Were some CGI genius able to solely just enhance them to 2013 standards, the film’s major problem would be a non-issue. 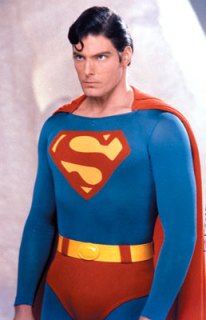 You can overlook the dated effects largely due to the superb casting. Reeve is again flawless balancing the Clark/Superman dynamic with a new wrinkle is added with a human Superman that can be beaten down by a diner bully (leading to another entertaining payoff if for no other reason than the fun display of Superman getting a little petty.)

Kidder gets a more complex role than simply fawning over Superman and shows the consequences of trying to have an actual relationship with a superhero.

Despite the shift in directors and shaky effects, Superman II is one the genre’s best sequels and on some levels soars above its predecessor with a more personal story; credible, menacing villains and an impeccable cast. A must-see for comic book movie fans even those reared on “Avengers” films.