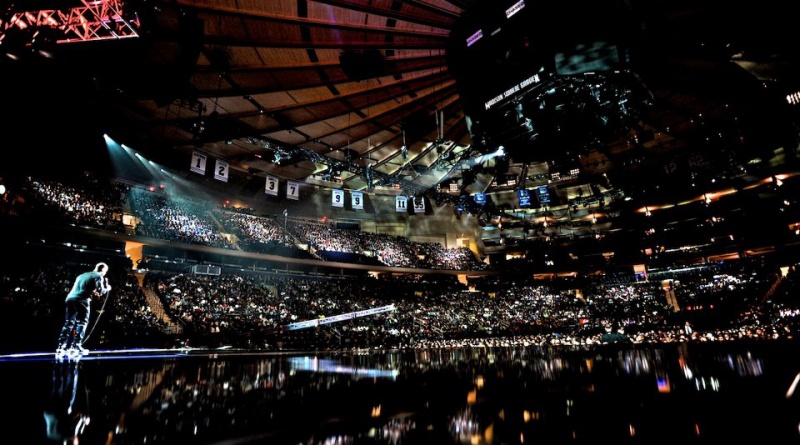 Film/TV star Kevin Hart returns to his stand-up comedy roots with his concert film, Kevin Hart: Let Me Explain. Hart is hard to miss these days with his films and numerous TV appearances, all of which showcase his dynamic, energetic charisma so you may wonder if you really need to go to the theater to see him doing more of the same.

Eventually, we’ll tire of Hart’s act, but that doesn’t happen in LME, a gut-busting effort that will leave you gasping for air, rocking in your seat and holding back tears of laughter.

When his film, Kevin Hart: Laugh at My Pain, debuted in 2011, Hart was at the door of stardom furiously knocking to be let in. Now he’s a bona fide superstar at the peak of his popularity thanks to well-received film roles in Think Like a Man and The Five-Year Engagement and his Real Husbands of Hollywood TV show.

The film opens with an ineffective documentary segment directed by Tim Story. After a few encounters with some party guests — who get some good jokes on Hart’s height, preference in women and role in the abysmal Soul Plane — Hart declares he’s going to Madison Square Garden to get some things off his chest. 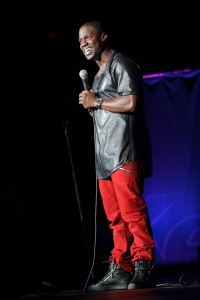 From there, we’re shown an extended montage of Hart’s globe-trotting exploits to various locations across 10 countries with brief comments from adoring fans. It’s particularly uninformative since Hart doesn’t need random fans vouching for him that he’s hilarious. We know that and that’s why we bought a ticket to see him. The Twitter comments, sound bites and YouTube stats don’t add anything to the film.

It’d make sense if LME was some image rehabilitation effort to restore Hart’s reputation, but Hart is one of the more likable entertainers in any medium because of how easily he makes us laugh.

Thankfully, the film settles down once Hart arrives at MSG and delivers a knockout standup under the direction of Leslie Small — the go-to standup director who’s worked with comedians including Steve Harvey, Cedric the Entertainer and Mike Epps.

I’m not going to spoil them, but the film’s best bits are the best friend code and Hart’s fear of the bum bump, which he gets so into, he can hardly stop from laughing. Even the jokes that are only good for a light chuckle kind of work due to Hart’s determination to make average material better with his larger than life stage presence.

As far as concert films go, LME isn’t a classic along the level of genre standard bearers Eddie Murphy’s Raw or Richard Pryor’s Live on the Sunset Strip. But once free of the constraints of the tedious introduction, Let Me Explain is easily a stand up film worth seeing in theaters thanks to Hart’s impassioned performance.