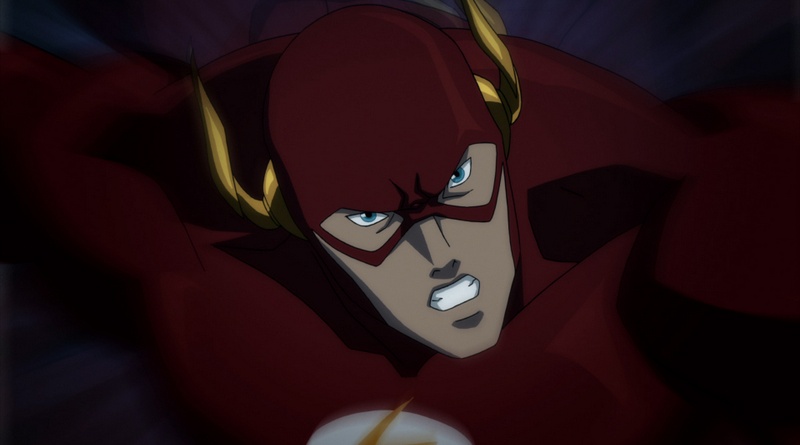 Years from now, Justice League: The Flashpoint Paradox may be looked at as the animated film that took the direct to video comic book movie market to another level of storytelling possibilities. Yes, it’s that good.

The 2011 Flashpoint comic book event was the DC answer to the enormously popular 1995 X-Men storyline X-Men: The Age of Apocalypse Omnibus (Marvel Omnibus)

. That story also saw a radically different alternate world where heroes were villains, unpredictable alliances were commonplace and the remaining heroes were wearily accepting of the fact that there’d be no happy ending in their bleak and desolate universe. 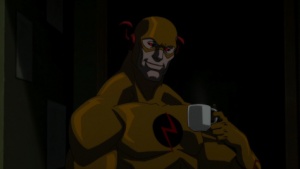 Screenwriter Jim Krieg takes what could have been an overwhelming story to condense into 80 minutes and deftly covers the essential subplots and themes into a stirring and compelling “what if?” adventure without sacrificing the important elements. Still, some comic purists may be miffed at the removal of certain characters like Elemental Woman. 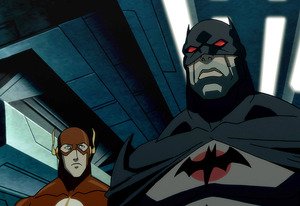 Flash/Barry Allen (Justin Chambers, Grey’s Anatomy) is making his annual visit to his mother’s grave site, unreasonably blaming himself for being too slow to prevent her murder. He doesn’t have long to beat himself up when he’s alerted to a robbery at the Flash Museum. The Rogues — a tight-knit collective of Flash’s villains — have decided to vandalize the museum at the prompting of Reverse Flash (a fantastically evil C. Thomas Howell), Barry’s longtime super speed nemesis.

Flash takes care of them with the help of his Justice League teammates — a minor annoyance as he’s more than capable of handling Captain Cold and crew without needing Captain Atom and Cyborg, even if it was fun watching the quick banter between Flash, Batman and Green Lantern (the tremendous Kevin Conroy and Nathan Fillion). But the next day, Barry awakens to a drastically different world. 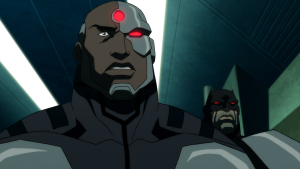 Batman (Kevin McKidd) is a gun-toting vigilante while Aquaman (a fantastic Cary Elwes) and Wonder Woman (Vanessa Marshall) are locked in a bitter war that threatens to destroy the planet.

) is desperately trying to rally the planet’s heroes to stop them and in Flash, may have found the one ally who can help turn the tide assuming Barry can get his powers back and learn the real cause of this world gone mad.

Director Jay Oliva doesn’t shy away from vividly depicting the brutal violence of the source material and watching longtime heroes killing opponents and allies without remorse means so much more than cheap shock value. You’ll care about the changes in the heroes and be stunned at their warped new attitudes and be equally surprised at who rises up to stand against them.[irp]

The fight scenes are well laid out and despite the constant action, Oliva makes it easy to follow while successfully building upon each battle to deliver a sprawling, high stakes conclusion.

Character designs are a bit rough in some cases — some of the more muscular heroes have broad chests and smaller heads, but that’s a matter of aesthetic preference. The voice cast is some of the best in the DC films with McKidd, Elwes and Howell really standing out. DC Animated should lock up Jordan and Chambers to long-term deals as they perfectly embody Cyborg and Barry Allen in a way that no other actors have been able to with the characters in previous Justice League films. 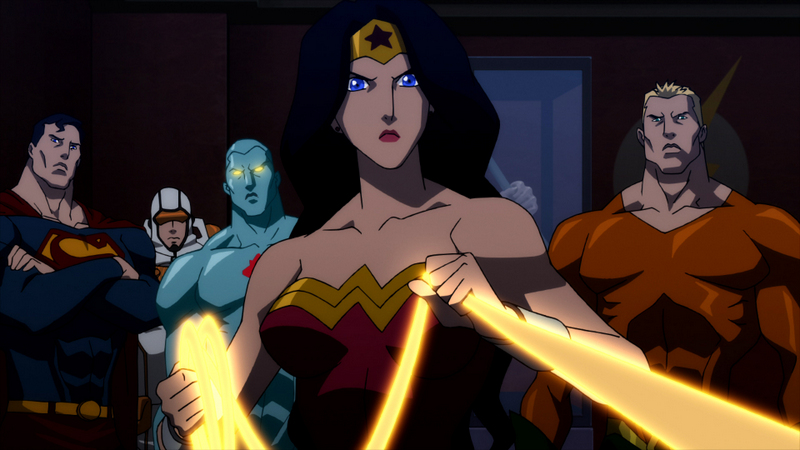 Like its comic inspiration, Flashpoint Paradox ends with a shift to the new DC Universe status quo complete with a post credit scene that new DC readers will find a thrilling hint of the next DC Animated film Justice League: War, which you can see the trailer for here.

DC Animated has consistently delivered solid to excellent feature film adaptations of some of the most popular DC Comics Universe stories, but none have delivered the combination of action, mature themes, complexity of characters and emotional depth the level of Flashpoint Paradox.

This is a must-buy for comic book fans and a required purchase for DC Comic readers.