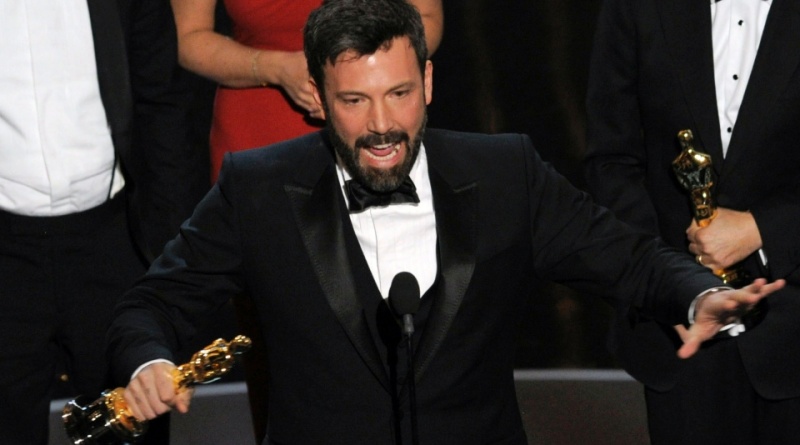 In the latest confirmation that Ben Affleck’s career resurrection is complete, he’s now been confirmed to play arguably the world’s most popular superhero as he will be Batman in the Man of Steel sequel.

‘Ben provides an interesting counter-balance to Henry’s Superman,’ said MOS Director Zack Snyder in a statement. ‘He has the acting chops to create a layered portrayal of a man who is older and wiser than Clark Kent and bears the scars of a seasoned crime fighter, but retain the charm that the world sees in billionaire Bruce Wayne. I can’t wait to work with him.’

Affleck will absolutely nail this role and unlike most stars who have donned Batman’s cape and cowl, Affleck has the superhero experience to play the dual nature of Bruce Wayne and Batman.

Get past the red hair and red leather outfit and he was doing a trial run of Batman in 2003’s woefully unappreciated Daredevil. Affleck knows how to play the tortured, brooding vigilante type and he gets the emotional and physical toll being a crime fighter takes on a regular human being.

I will to my dying day defend the movie as I could never understand why so many people hated on it. The film was about as true to the source material as you could make it beyond the casting of Jennifer Garner as Elektra. And that ended up working out pretty well for Affleck in the end.

And if you’re still a bit leery on Affleck’s ability to play a tough guy, remember how effectively he was in The Town? If you’re worried this Batman is going to be more along the lines of Michael Keaton or George Clooney, ditch those fears, he’s going to be able to convey Batman’s gruff nature without having to growl through his dialogue like Christian Bale. I loved Bale’s Bruce Wayne in Christopher Nolan’s Batman trilogy, but I always had this nagging thing that he was overdoing Batman’s voice a bit.

In 2006’s Hollywoodland, Affleck played George Reeves, the Superman TV actor who either committed suicide or was murdered depending on your perspective.

Affleck brought a depth to the role critics thought beyond him, but what really stood out in the film for me was how his Reeves was able to put on this facade that all was right with the world until he was alone and left with his own demons.

Kinda sounds like a perfect primer for Bruce Wayne, doesn’t it? Wayne is the easier of the two characters to play, but Clooney wasn’t able to pull that off very convincingly and while Keaton was solid as both, he didn’t pull off that suave, GQ Man of the Year you want in Bruce Wayne. The less said about “Batman Forever’s” Val Kilmer the better.

We’ll all see soon enough when the Man of Steel sequel arrives in theaters on July 17, 2015. I know 2014 has got some exciting films lined up, but I’ve little doubt that 2015 will go down as the best year for movies I’ve ever seen. Bring it on!