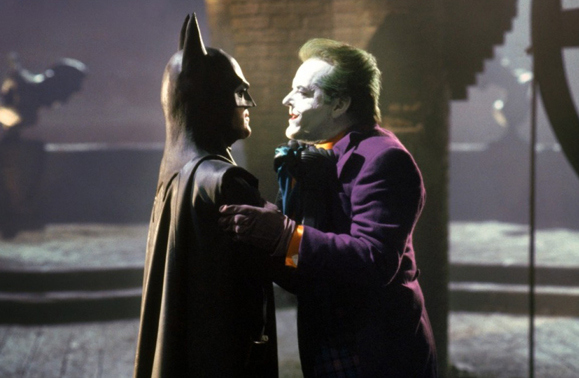 I’ve watched few movies more than Batman to the point that I can almost recite the script line by line so to say I kinda like it would be a serious understatement, but that’s for a pretty good reason.

From the directing, action, performances, music and dazzling set design, there simply isn’t much this film gets wrong with this timeless take on the Caped Crusader. 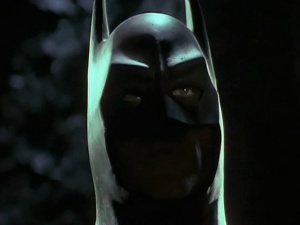 Christopher Nolan’s The Dark Knight is the superior movie, but Tim Burton creates a film more faithful to the larger than life, colorful comic book world that is the character’s inspiration.

As Gotham City officials prepare to celebrate the 200th anniversary, there’s mounting pressure to take down the major crime lord, Carl Grissom (Jack Palance). District Attorney Harvey Dent (Billy Dee Williams) promises to bring him to justice with the aid of Commissioner Gordon (Pat Hingle), but to do that they’d have to stop Grissom’s top thug, Jack Napier (Jack Nicholson).

The police are getting some unwanted help from the masked vigilante Batman (Michael Keaton), attracting the interest of reporter Alexander Knox (Robert Wuhl) and photojournalist Vicki Vale (Kim Basinger). 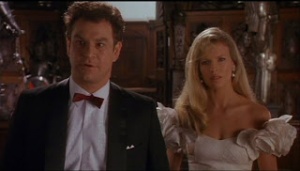 Batman’s first meeting with Napier results in the criminal getting physically disfigured and mentally unhinged. Adopting a new moniker — The Joker — Napier now wants to taint all of Gotham just like himself and it’s up to Batman to stop him before all of Gotham is lost.

Screenwriters Sam Hamm (Beetlejuice) and Warren Skaaren (who died a year later from cancer) don’t get enough credit for their fantastic script. Aside from the memorable and highly quotable dialogue, they arrange the story smartly. We don’t have to wait an hour before our first Batman sighting, actually seeing him thrashing some crooks before he’s entertaining Gotham’s finest as Bruce Wayne.

I hadn’t approached card-carrying geek/undiscovered casting agent status yet and I liked Keaton in Mr. Mom and Beetlejuice, but in that magical time before blogs and Internet memes, comic fans voiced their outrage over the casting the old fashioned way and sent 50,000 protest letters to Warner Bros. Clearly that was a more civilized and reasonable time. 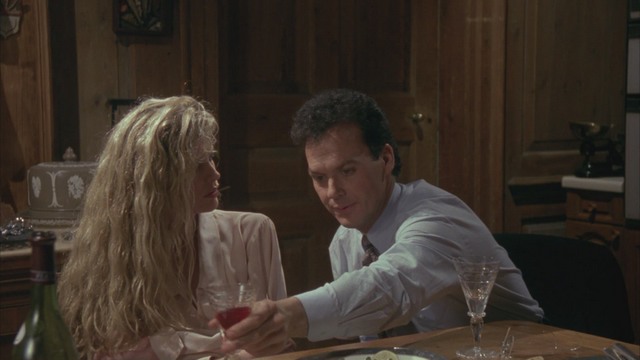 How much different would the movie landscape had been if Burton cast his soon to be frequent collaborator Johnny Depp? Would Depp have made the role as hard to replace as Robert Downey Jr.’s Iron Man is now? Ironically, Downey was among those considered for the role of Batman.

Keaton’s no slouch though. He may not look the part, but he gets the character down to the point you’re not questioning if the role is beyond him. Keaton is simply Bruce Wayne/Batman and his chemistry with Basinger feels as natural as his banter with Michael Gough, who plays Wayne’s faithful butler, Alfred. Wisely, Hamm and Skaaren don’t go out of their way to work in comedy scenes for Keaton and instead allow him to show his more reserved side without the wacky antics. 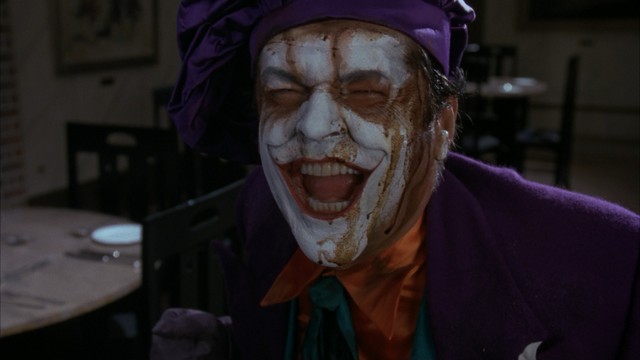 Still, the film’s spotlight is squarely focused on Nicholson, who provides one of the more indomitable comic book movie performances ever as Joker. Nicholson is magnetic and makes Joker an unpredictable, captivating figure beyond the white skin, green hair, permanently affixed grin and purple ensemble. If the film has a weak spot, it’s that Joker gets most of the best scenes and moments while Batman is relegated to popping up for the occasional thrilling cameo.

The supporting cast is solid top to bottom with Basinger given enough depth to be more than a standard damsel in distress, Wuhl providing just the right amount of comic relief and Gough as the listening ear/adviser for Wayne. 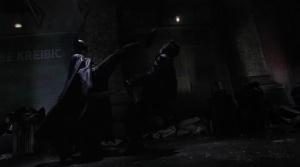 The film sports a very distinctive, comic book look. The only issue is Batman’s costume limits Keaton from turning his head without moving his shoulders. Anton Furst and Peter Young’s designs for Gotham City capture the magnificence of this mythical comic book version of New York City with towering skyscrapers and cathedral-like structures in a way to make Gotham a character in itself. The duo earned a well deserved 1990 Oscar for Best Art Direction-Set Direction.

Batman easily boasts the best soundtrack of any comic book movie thanks to the combination of Danny Elfman’s ominous score and Prince’s songs. 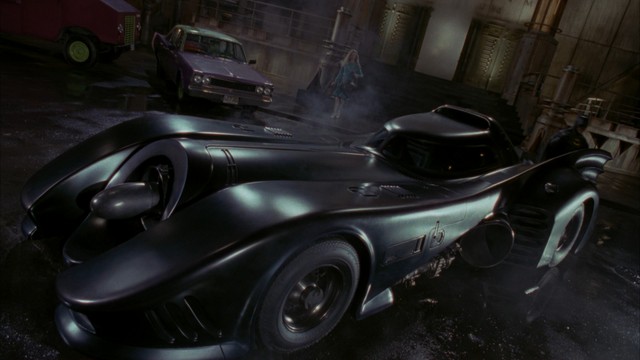 And Burton weaves in “those wonderful toys” specifically the Batmobile and Batwing without making their inclusion feel gimmicky.

Batman was the first comic book movie summer blockbuster event that had us eagerly counting down the days until it came to theaters thanks to a highly successful advertising campaign that made it the one must-see movie of 1989.

Despite the anticipation, the film actually exceeded its hype and seemed to signal the dawn of a new comic book movie age after Superman IV: The Quest for Peace killed off the box office appeal for the only other superhero who could drive audiences to theaters.

It would take another 13 years for the genre to become a permanent and highly profitable fixture in Hollywood, but “Batman” hinted at the true mainstream appeal of comic book movies  in captivating the imagination of audiences young and old with an early high point for the developing genre. Highly recommended even for fans who think Batman begins and ends with Nolan’s trilogy.