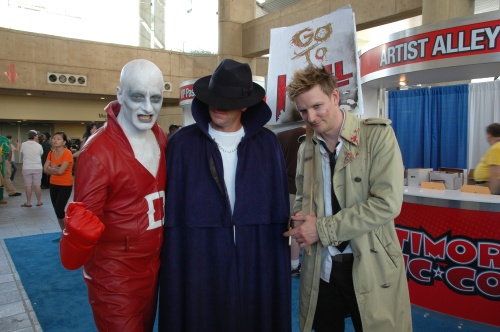 One of the more intriguing aspects of the 2013 Baltimore Comic Con for me was meeting some of the cast and filmmakers for “Justice League Dark: The Gathering,” a fan film effort focusing on the out of the spotlight DC Comics characters such as John Constantine, Zatanna, Deadman and The Phantom Stranger.

If the costumes are any indication, this should be a really fun project and one I’d definitely be interested in seeing. Happy Reaper, the production company behind the project, is seeking financial assistance to make the movie a reality. Here’s their synopsis of the project: 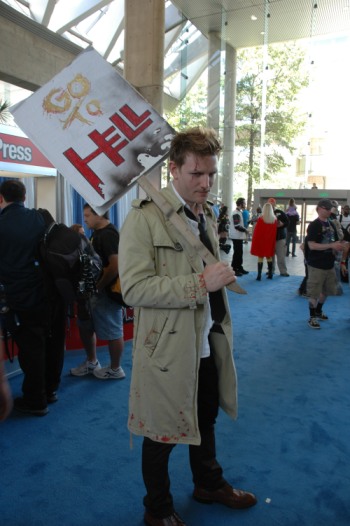 There are so many great fan films out there on the internet … subjects ranging from video games to TV and movies.  Comic book fan films have a huge share of the market.

However, most of them are about the same few subjects … Batman, Superman, Spider-Man, Nightwing, Wolverine, Punisher.  We like those characters too.  But we feel that there are a few unexplored story lines that could use some light.

We love comics … and a huge subsection of comics that we love are the supernatural characters from DC Comics.  They are still superheroes at heart, but have something more to them.  They are ghosts … demons … witches … monsters … sorcerers.  While duality is part of the appeal of the traditional superhero, there is something just as intriguing about someone who doesn’t … or can’t … take off their mask.

Justice League Dark is a collection of some of these characters.  By nature, they are usually on their own, hiding in the shadows.  So it is an interesting idea to put them all in the same room to have to interact with one another.  It is always fascinating to see how a pack of lone wolves work together.

And here’s the site if you’re interested in contributing.

0 thoughts on “Want to see a "Justice League Dark" film? Here's how you can help fund the project”