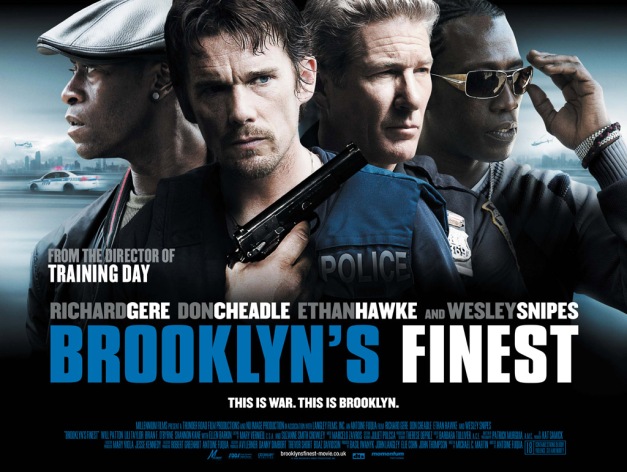 With the captivating “Brooklyn Finest,” Director Antoine Fuqua once again proves his mastery of the cop/crime drama genre, making for the best of its kind since “The Departed.”

While the trailers hint at just a safe follow-up to Fuqua’s biggest hit, the 2001 “Training Day,” it’s more of a tribute to 1990s street-level crime dramas like “New Jack City” and “Deep Cover.”

The film centers around three police officers — each at various stages in their jobs — and none are especially happy about their current lot in life. 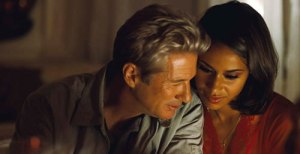 Eddie (Richard Gere) is seven days away from concluding a not particularly distinguished 20-year career. He’s tasked with mentoring young officers who don’t understand his seemingly cavalier attitude to the chaos surrounding him on a daily basis. They want to leap into action while he preaches restraint.

Gere has a perfect grasp on what makes Eddie tick — a man all but defeated by life — from the slumped shoulders to his often exasperated pattern of speech. Eddie’s seen and done it all and has little patience for hotshot know-it-alls questioning his tactics. Eddie’s sole solace is in the arms of a prostitute that he’s developing feelings for beyond their professional relationship.

Tango (Don Cheadle, “Iron Man 3”) is an undercover officer in deep with a drug dealing crew headed up by Caz (Wesley Snipes, “Blade: Trinity”), who just returned after a long prison stay. Tango has been undercover so long he’s fearful of becoming like the same men he’s trying to get off the streets and wants to end his operation. His contact wants him to stay on for one more operation that forces Tango to question who really deserves his loyalty.

Cheadle adds to an already impressive body of work with his range of quickly switching from a street thug to a law-abiding officer desperate to get out of his predicament. The Snipes/Cheadle pairing is inspired whetting the appetite for further efforts with them.

Some director/actor collaborations bring out the best in both, providing some of the most definitive work of their careers. Martin Scorsese has Leonardo DiCaprio, Tim Burton has Johnny Depp, Woody Allen has Scarlett Johansson and Fuqua is fast finding his acting muse in Ethan Hawke, whom he previously worked with in “Training Day.”

Hawke plays Sal, a SWAT team member struggling to provide for his ever-expanding family and has now sunk to stealing drug money in order to pay for a new house. Of all the actors, Hawke’s performance is the most intense and his sense of obligation to his family and willingness to do whatever it takes makes Sal a fascinating, unpredictable character.

Michael C. Martin makes a thrilling screenwriting debut with complicated characters dealing with issues that aren’t so black and white. If this remotely hints at his potential, Martin will definitely be a screenwriter to watch in the future.

Balancing the three plots could become overwhelming, but Fuqua gives each equal time to shine and the character development doesn’t feel slighted. Even still, there’s a sense he could have given each of his three leads their own movie. Fuqua brings us to each characters’ base level. We understand Sal’s desperation with mounting bills and responsibilities, Tango’s frustration with a broken system and Eddie’s acceptance of everything he can’t control.

At the film’s conclusion, when the three stories converge, Fuqua has brought the audience along for an exciting climax that doesn’t end as neatly as they might expect. 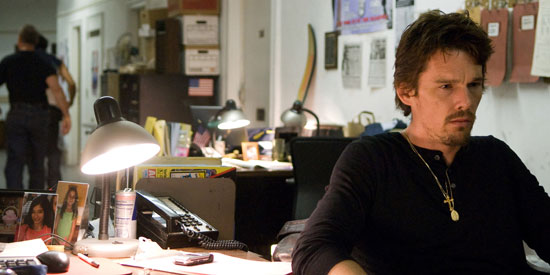 As far as crime dramas, it doesn’t come much finer than “Brooklyn’s Finest” with strong writing, terrific performances and unshakeable direction by a filmmaker in the midst of his element featuring flawed characters in difficult positions. Don’t miss it.