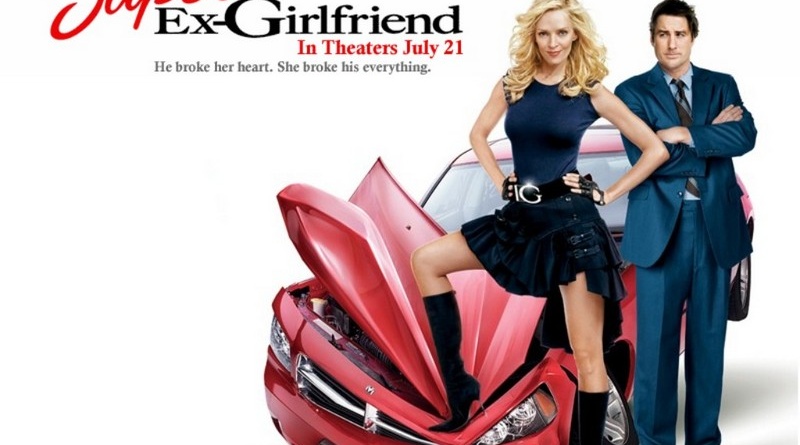 My Super Ex-Girlfriend seems like a great idea for a film that someone should have come up with earlier.

Superhero films have been in vogue since 1998’s Blade and while we’ve had some obligatory kiddie superhero films like the underrated Sky High, there hasn’t been one from a romantic comedy perspective. Thankfully, My Super Ex makes for a good debut in the category. 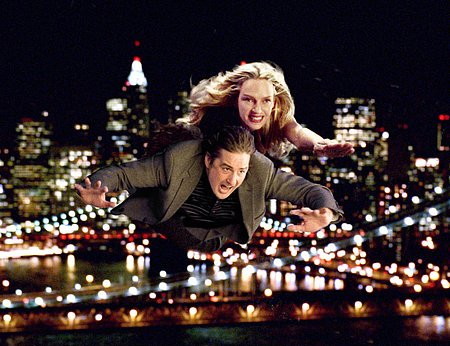 Deciding to get back into the dating game, Matt (Luke Wilson) asks the unassuming woman (Uma Thurman) riding the subway for a date. Little does he know that Jenny Johnson (a nice homage to the alliterative names of old school comic characters a la Lois Lane, Lex Luthor, Peter Parker, etc.) is actually the super-powered G-Girl.

Jenny reluctantly decides to go out with Matt and quickly becomes smitten and giving new meaning to the phrase ‘super clingy.’

Screenwriter Don Payne does an amusing job hitting all the superhero checklist clichés including the obligatory origin flashback, secret identities and even an arch-foe, Professor Bedlam (Eddie Izzard, Ocean’s Twelve.)

Payne takes these superhero tropes and weaves them more in a ‘realistic’ slant such as when a jealous Jenny doesn’t want to leave Matt alone with his cute co-worker, Hannah (Anna Faris), despite a missile poised to destroy the city.

After the initial thrill of dating a superhero is over, Matt decides it’s best to break things off with Jenny, who doesn’t take the news well at all and uses her powers to harass Matt.

While this doesn’t approach the level of those classics, Super has a sit back, don’t think too hard and just enjoy its silliness tone. Granted, some of the scenes are a bit goofy, but Reitman keeps the tone loose enough that you just kinda accept it and move on.

The special effects are about what you’d expect for a film with a $30 million budget, but they’re not laughably bad either.

Wilson has long since been overshadowed by his brother, Owen, but he’s the ideal leading man to play the role of beleaguered boyfriend. You feel sorry for him, but not enough to stop laughing at the crazy situations he finds himself in. 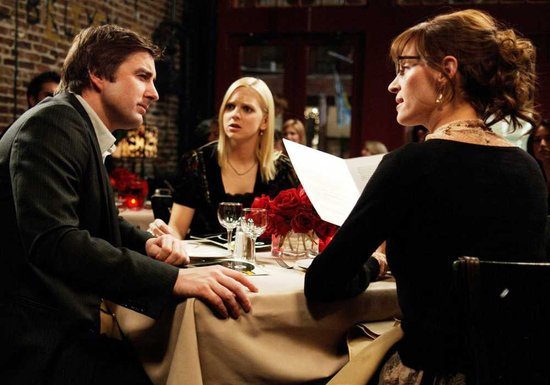 Thurman is a blast here. If Kill Bill was the definitive action movie of her career, Girlfriend is certainly her showcase comedy film.

Rainn Wilson is a lot of fun as Matt’s pervy friend Vaughn. Wanda Sykes is miscast as Matt’s boss, Carla, largely because the stiff, uptight role doesn’t play to her strengths.

Disappointingly, considering the less serious slant, costumer Laura Jean Shannon gives G-Girl a costume that is a little too sensible for a superhero comedy and not nearly as flamboyant as it should be.

It may not be the high-water mark for superhero films, but My Super Ex-Girlfriend is a pleasant, harmless distraction that’s plenty of fun if you want a lighter take on the world of caped crusaders.