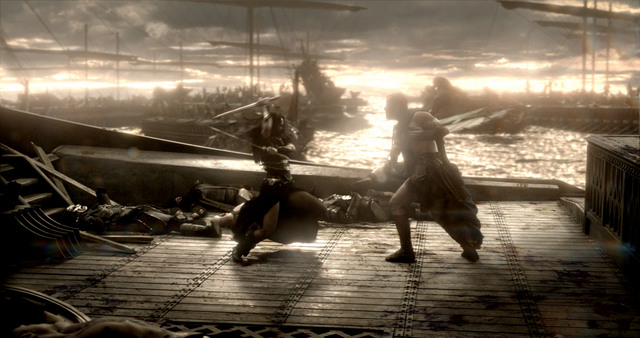 Don’t look at 300: Rise of an Empire as a straight up sequel to 300, the unexpected 2006 blockbuster that made Gerard Butler a star and most regular guys feel a bit more self-conscious about walking around shirtless.

Rise is more of a bloody good — emphasis on the bloody — if occasionally flawed, companion piece that’s nearly as entertaining a crowd-pleaser as its predecessor. 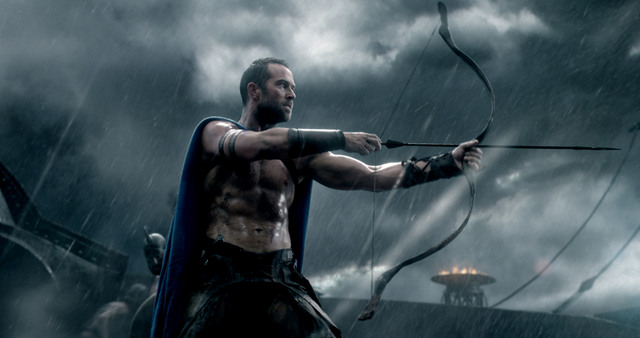 Zack Snyder, who directed/co-wrote the first film, remains with the property as a screenwriter alongside his 300 co-screenwriter Kurt Johnstad.

While some sequels don’t require the viewer to have watched the previous film, familiarity with 300 is vital to fully appreciate Rise’s various plot threads. Maintaining the writing team was not just important from consistency sake, but from a storytelling perspective as Snyder and Johnstad are able to tackle a bit more multilayered story than the original.

The film begins pre-300 where a Persian army bent on conquering Greece is repelled by Themistokles (Sullivan Stapleton, Gangster Squad), triggering events that will have long-lasting consequences for the rest of the world. Chief among them is the creation of Xerxes (Rodrigo Santoro, The Last Stand), the would-be god king and a Persian general, Artemisia (a smoldering Eva Green, Casino Royale), desperate to quench for thirst for revenge on all of Greece. Bracing for Xerxes’ march, Themistokles attempts to unify all the Greek nations, including the Spartans, but Themistokles will have to rely on his guile and cunning to stay alive long enough to be rescued by the cavalry. 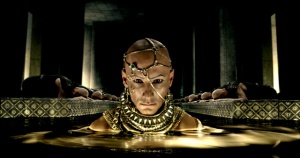 While Snyder slavishly attempted to recreate Frank Miller’s “300” comic book with his blend of artsy action, Murro is more direct and less graceful with the material. Snyder’s visually stunning shots and graceful swordplay elegance are replaced with more in your face brutality and horror movie style violence. “Rise” marks Murro’s second feature film and his first action blockbuster and his inexperience is likely why he’s overly indulgent with slow motion blood sprays, mutilations and displays of fighting prowess that are only occasionally as “catch your breath!!!” spectacular as he envisions.

Ironically for an action movie, the film is much more enjoyable during the less battle heavy moments. While 300 was more a glimpse of a heroic mindset embodied by the Spartan, Rise is a tale of two proficient fighters in a Hector and Achilles mode constantly seeking to out-maneuver the other until their inevitable final confrontation. 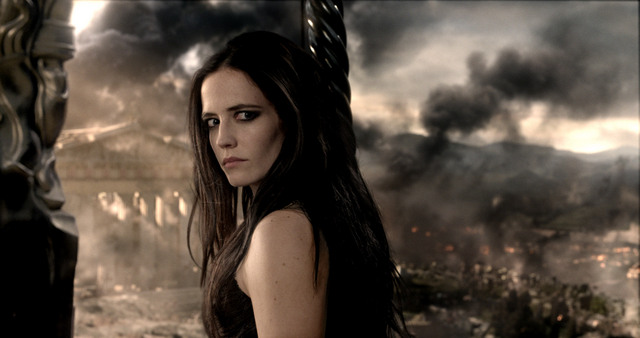 Green gives an impassioned performance that instantly propels Artemisia to the top tier of all-time kick-tail action movie characters and is so fantastic you’ll be anticipating when she’s returning on screen.  Artemisia is deranged, ruthlessly unpredictable, sarcastic and sexy, but Green doesn’t diminish Artemisia’s authority even while showing a more sensuous side.

If Green provides the film’s explosive element, Stapleton provides its calm, soothing presence and their chemistry is sizzling whether they’re glaring from across their ships or within the same room. 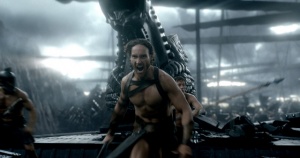 As such, not a lot is required from the supporting cast, which may be disappointing for some 300 fans expecting a larger role for Lena Headey’s Spartan Queen Gorgo since she’s heavily featured in the trailers.

The film ends on a wide open note for another installment and if it retains Rise of an Empire’s sense of fun, strong lead characters and over the top action, it’ll be every bit the spectacle that fans could possibly want.