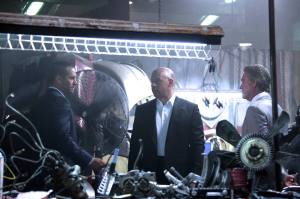 It’s been months now, but the fact that Paul Walker won’t be in any more “Fast & Furious” films is still crazy and incredibly sad to me.

Walker reportedly shot more than half of his “Fast and Furious 7” scenes before his tragic November death and now according to the New York Daily News, his remaining scenes will be handled via body doubles with similar builds and CGI.

I’m a bit leery about how that will be handled, but if CGI work is now handled so well we can believe alien invaders are destroying New York they should be able to do the job in adding Walker’s face on a body double.

Shooting on “Fast and Furious 7” is set to begin next month in time for a 2015 release.