The trailers for Sabotage may just be the most misleading of the year since it leads you to believe this is just another Expendables-style shoot’em-up starring Arnold Schwarzenegger. Not that there’s anything wrong with an occasional brainless distraction, but Sabotage is much more than that thanks to its stellar cast, witty script and David Ayer’s distinctive directing style that never forsakes characters for the thrill of a quick action sequence.

An elite DEA task force takes down a drug cartel’s safe house only to find someone coming after them in the name of revenge or retribution. John ‘Breacher’ Wharton (Schwarzenegger, Escape Plan) has been given the go-ahead to get his team back together after months of inactivity and he wastes little time getting his band, with their delightfully colorful nicknames, back together. 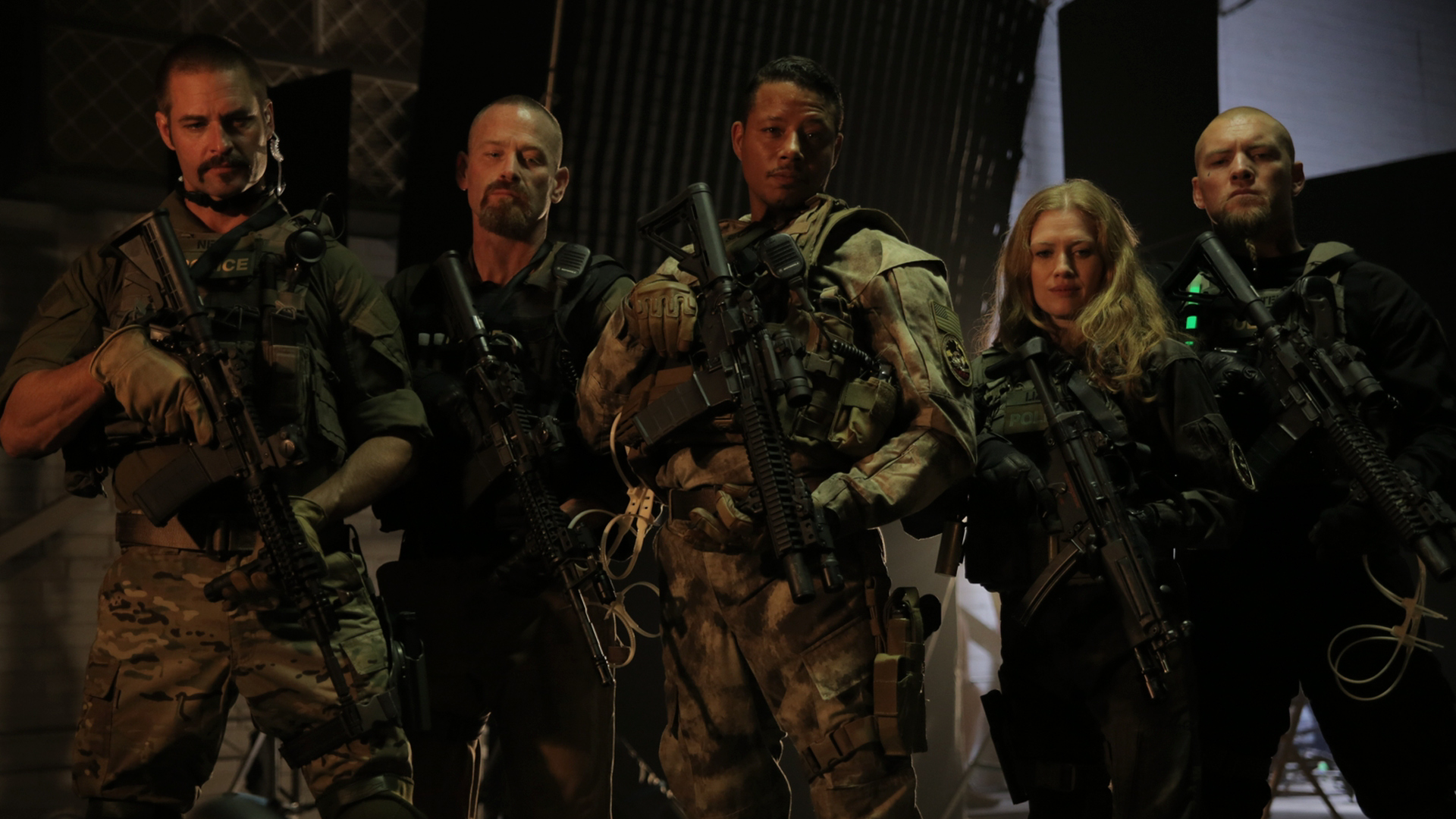 My biggest gripe with the movie is that the cast, Ayer and co-writer Skip Woods (A Good Day to Die Hard) does such a great job building the camaraderie of Brecher’s squad that I wanted to see more of them just hanging out together before they start getting killed off. This may be the one action movie I’d want to see a prequel just to watch the team — especially Enos’ manic Lizzy — on more missions together.

As his team starts getting taken out, Breacher teams up with homicide detectives Caroline (Olivia Williams) and Jackson (Harold Perrineau, Snitch) to stop the perpetrator. Caroline and Jackson’s scenes are a lot of fun with the duo having the easy banter of a TV detective show.

Ayer, who also wrote Training Day, likes to have his characters tainted beyond redemption and this is no exception. There’s a darkness to all of them even the normally affable Schwarzenegger, who carries the brunt of his team’s secrets well, but the script has a lot of humorous moments making the twists even more genuinely surprising.

Beyond character development, Ayer can be counted on to stage peerless cop action scenes. At this point, I’ve come to the realization that there are cop action movies by everyone else and then there’s a David Ayer cop action film. Just as he did in Street Kings and End of Watch, Ayer gives the viewer a gritty, unflinching perspective of trained professionals. It’s hard not to get an adrenaline rush as the team carries out its mission and efficiently takes out bad guys.

The deaths are so sudden (and frequently shocking) that they almost seem brutal, but Ayer isn’t some hack staging the action scenes simply to be gratuitously violent. Instead, he’s providing a non-sanitized view of the actual effects of shoot-outs, car chases and knife fights. If it seems too over the top it may be because Ayer doesn’t care about making murder seem like a trivial matter.

If the final payoff is a bit anticlimactic it’s just because it follows the film’s most exhilarating action sequence even if the finale is an old school shootout.

Sabotage isn’t your typical Schwarzenegger action film, but it’s another thrilling Ayer’s cop drama in his now trademark, gritty fashion that will leave fans riveted and entertained throughout.