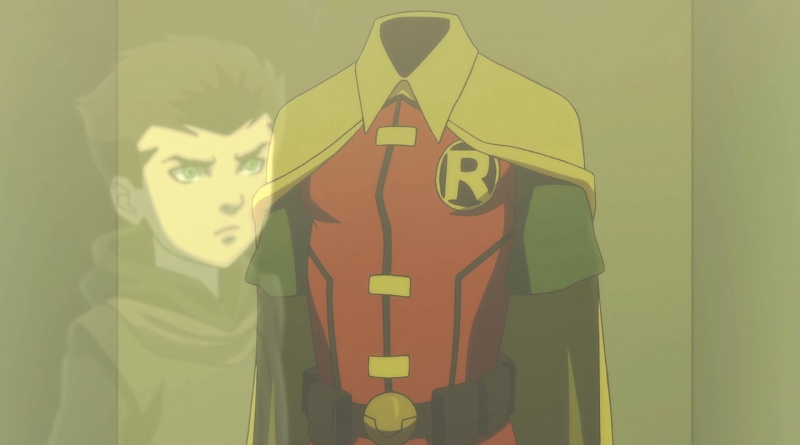 Serving more as a decent introduction to a new character to the Batman mythos than a fully developed adaptation of the Grant Morrison storyline, Son of Batman is entertaining, but hardly essential viewing for DC animated movie fans. 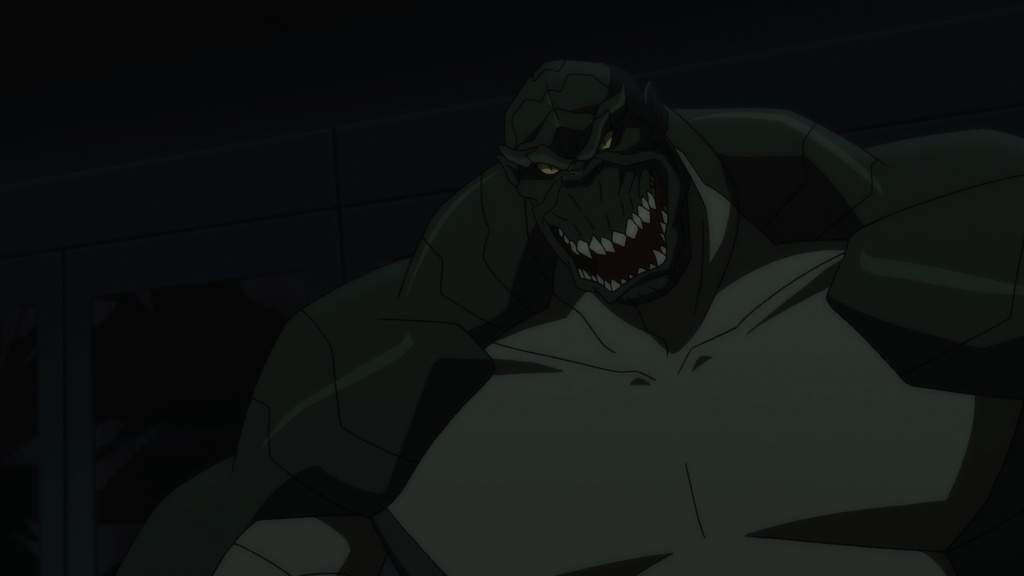 After battling his old foe Killer Croc, Batman (Jason O’Mara, Justice League: War) is greeted by his former lover, Talia al Ghul (Morena Baccarin, Serenity) with news that they have a son, Damian (Stuart Allan). As a traitorous sect of the League of Assassins attempts a coup, Talia thinks Damian will be safer living with Batman.

Batman isn’t written particularly strong exhibiting little detective skills and barely questioning Talia on Damian’s legitimacy. Of course, in a cartoon with a limited run time, having Batman break out the Maury Povich ‘I’m not the Father!’ probably would have wasted valuable minutes. Combine that with O’Mara’s less than commanding tone and this is easily one of the weaker portrayals we’ve seen of Batman. 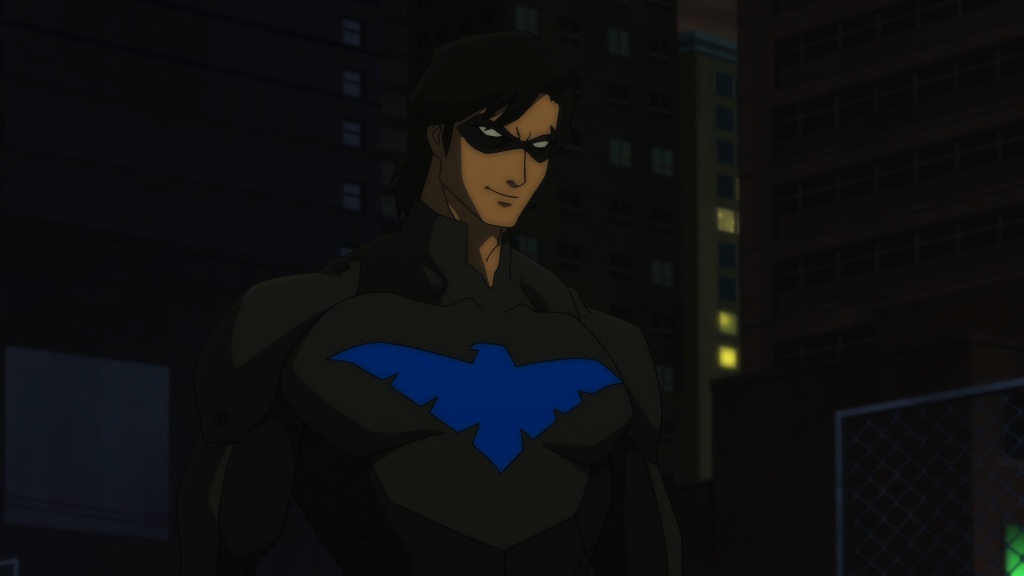 Groomed to be a killer since birth, Damian lacks his father’s compassion and has no qualms with killing his opponents, but his initial vendetta is settling the score with the LOA traitors and their leader in particular.

Joe R. Lansdale (Batman: The Animated Series) tries to do too much with his screenplay and the problems start early on with the decision to shoehorn Deathstroke (Thomas Gibson), who has little to do with Batman or Damian, into the story. Presumably because the Man-Bat infected ninjas from the original comic just weren’t enough. [Read that here: Batman and Son

Deathstroke is written like a clichéd, frustrated main henchman ready for his chance in the limelight, not the cool, calculated character shown in the comics, the excellent live-action Arrow, or even the Teen Titans cartoon. 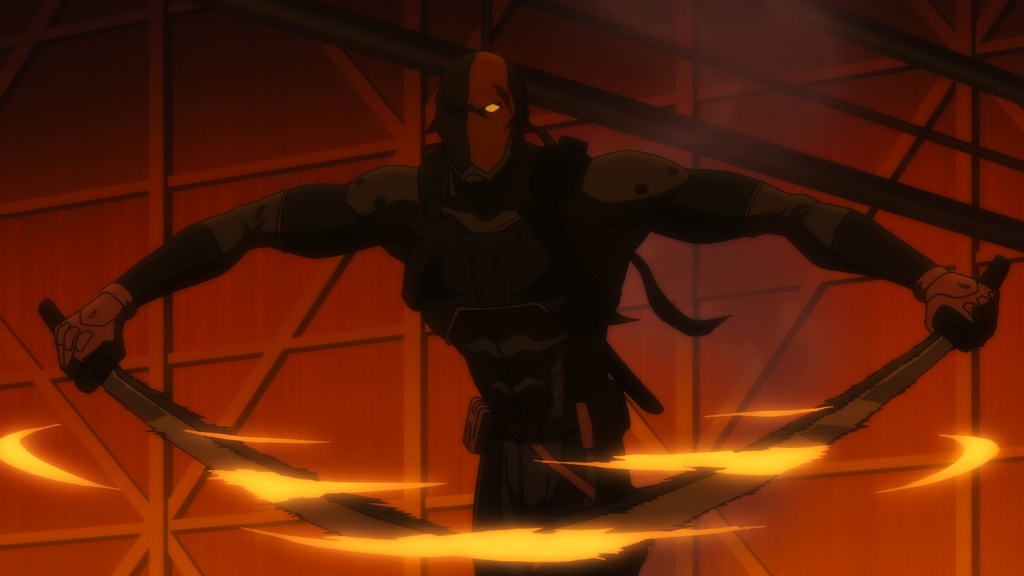 This is the worst interpretations of the character, which is tremendously disappointing since Deathstroke is one of the DCU’s best villains. Here he’s simply used to be a punching bag for Damian, who while a superb fighter, should not be handling Deathstroke single-handedly.

David McCallum, who previously voiced Alfred in Batman: Gotham Knight, gives the best performance of the cast and had me wishing for more Alfred screen time particularly in his interaction with Damian. Regardless of your opinion of the character, it’s probably not a good sign when the best character in a Batman movie is the butler.

Fortunately, Nightwing (Sean Maher) drops by to help lighten the mood some. Too bad there’s no chance of the animated universe moving forward with the Nightwing and Damian team that proved so popular in the comics. 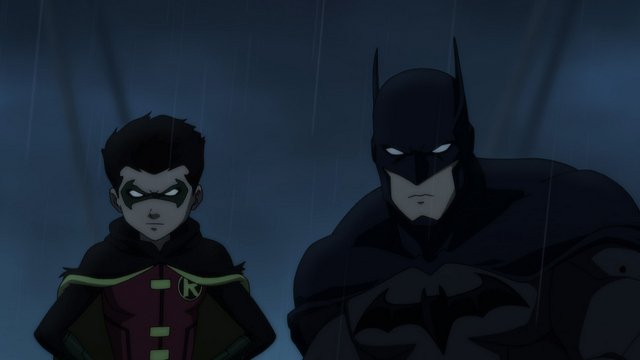 The character designs are solid although Talia seems like a very intentional rip-off of the Avengers’ Black Widow and those similarities extend even to fighting styles.

Since Justice League: The Flashpoint Paradox, Warner Animated films have skewed more violent and Son of Batman continues that new trend with a needless amount of blood sprays. The gratuitous violence works in moderation, but the excess blood-letting does little to enhance this story.

While most Warner Animated efforts feel like complete standalones, Son of Batman definitely seems more like the first of several more installments of Damian and Batman. Hopefully future efforts will contain more compelling outings focusing more on the Dynamic Duo and less the awesome son.