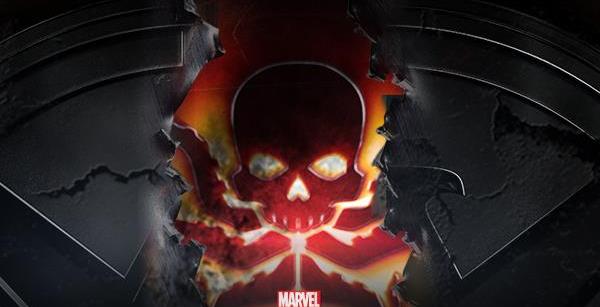 So tonight was the big finale to the first season of Marvel’s Agents of S.H.I.E.L.D.

To be honest, I was a bit underwhelmed, which may have just been a case of my high expectations based on how well the show built to the finale. Time to break it down.

Last week’s cliffhanger left Fitz and Simmons sinking in the ocean courtesy of Evil Ward and the rest of Agent Coulson’s team having a standoff with a bunch of Cybertek super soldiers. That standoff ends in a brief darkened battle with Coulson’s squad able to get free in a very anticlimactic battle. Thanks to Simmons and Fitz placing a bug on The Bus, Coulson knows where Garrett and company are now.

At Cybertek HQ, Garrett is acting a wee bit nuts after getting injected with the formula that supposedly saved Coulson. He’s writing out a formula or plans with glee. Evil Ward is concerned his boss is losing it, but gets no help from Raina or Deathlok. The writers get a bit too clumsy spouting a lot of evolution gibberish making Garrett sound like a bad movie villain instead of the calculating mastermind that’s been eight steps ahead of Coulson’s crew up to this point.

Simmons awakens to learn that Fitz has tried everything he can think of to get them out of the bunker including setting up a desperate rescue beacon. After pondering their fate for a while, Simmons comes up with a plan that Fitz thinks will work provided Simmons uses the oxygen tank and leaves him behind. Looks like our boy Fitz is about to be Charlie-d (for you “LOST” fans out there) out of the show. 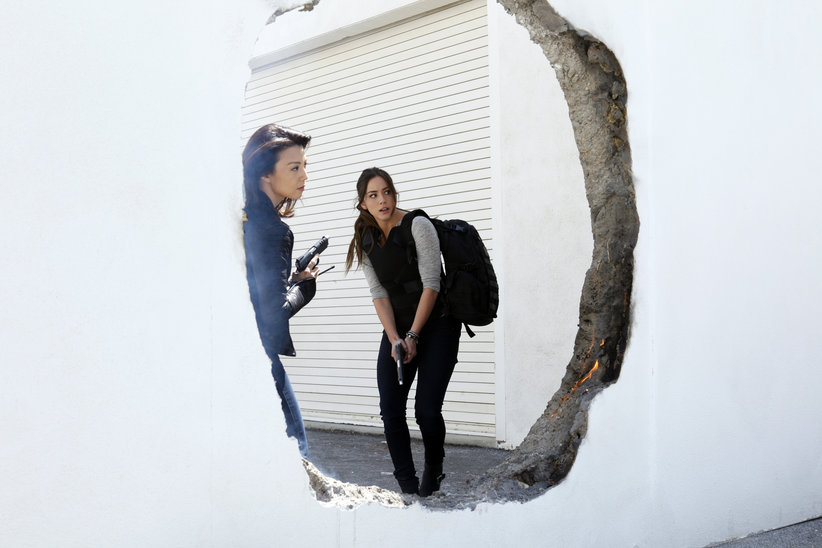 Fitz said he’s always thought more of her than that (yeah, except for early in the series when you were crushing hard on Skye, but why bring up the past?) and this will allow him to show her. Elizabeth Henstridge gives the performance of the episode as Simmons breaks down at the thought of losing her best friend. It’s a shame then that’s it completely wasted as Simmons just swims up from the bottom of the ocean carrying Fitz. And just before any more suspense builds, a helicopter arrives and Nick Fury (!) reaches out to pull them in. Fury tells Simmons is barely alive, but she saved his life. Now, he wants to help Coulson stop Garrett once and for all.

Skye and May invade Cybertek HQ and force the manager to reset the super soldiers to default, leading Coulson right to Garrett. I was a bit lost as to what the heck Trip was doing during all of this. Skye wants to know what Cybertek has on everyone, but before the manager spills, Evil Ward arrives just in time for a fight with May. That was easily the most satisfying bit of the episode with Evil Ward taunting May and the two really going at it. May goes hardcore and uses a nail gun and a punch to the larynx to take Evil Ward down. Meanwhile, Coulson goes after Garrett… 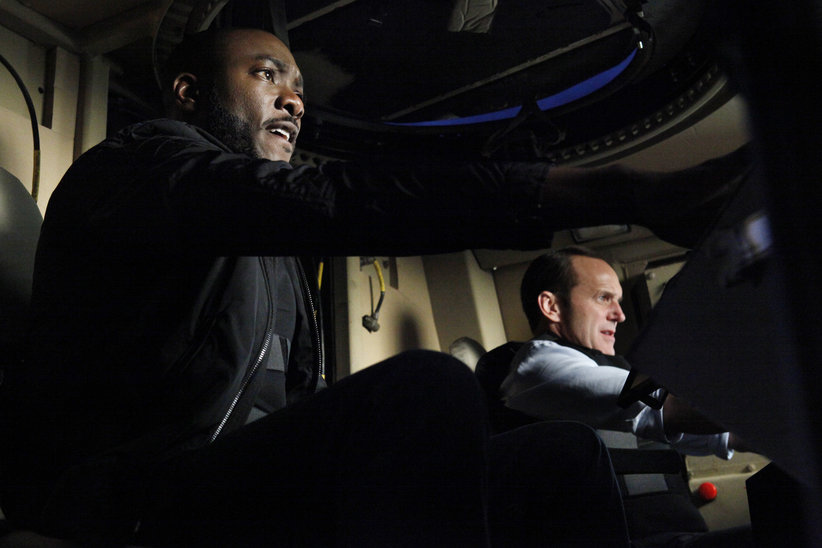 Garrett sends Coulson flying to another section where Fury just so happens to be arriving. He comes with a gift — the big gun he used on Loki in “Avengers.” That was a fun bit. The Garrett battle gets a bit too cutesy with Fury and Coulson making jokes while Garrett preened and posed long enough for Skye to get Deathlok’s son to message him through the Cybertek control device. Once that message is received, Deathlok bombs Garrett and Fury and Coulson have another laugh. Hmmn…

Evil Ward gets arrested and Coulson doesn’t chew him out nearly enough, but May warns that they’ll do whatever is necessary to get more HYDRA info out of him. Can’t wait for the inevitable jailbreak and who Evil Ward will align with next. We see Garrett’s body left alone on a table, but he starts moving just in time for a Cybertek drone to start giving him the Deathlok armor plating special, which looks close enough to his comic book appearance.

Just as Garrett gloats “that’s why you should always take out the head,” he gets vaporized by Coulson with another new weapon. Coulson casually acts like he found his missing shades instead of taking out this season’s big baddie. Ugh. Paxton’s Garrett was too good a villain to get the chump loser treatment and it was an awful way to conclude that storyline. I seriously wondered if that scene wasn’t just a joke.

Back on “The Bus,” Coulson finally gets to chew out Fury, who reminds him that Project T.A.H.I.T.I. was only intended to bring back an Avenger with mortal injuries. Coulson gets Fury’s inference there, which promptly ends the yelling session. As horrendous as the Garrett subplot was handled, this was an equally well done conclusion for the “Coulson is Alive” storyline. Fury still intends to keep a low profile and makes Coulson the director of S.H.I.E.L.D. This seems like a fairly worthless promotion since S.H.I.E.L.D. has been outed and disbanded, but Coulson at least appears happy. 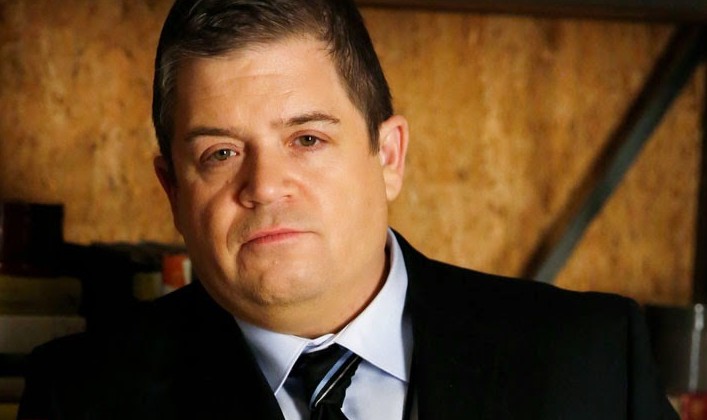 At new S.H.I.E.L.D. HQ, Coulson, May, Trip and Skye are greeted by Simmons, who is vague on Fitz’s condition. And in a bit of a shocker, Koenig’s here as well. Ah. This is Billy Koening, not Eric Koening. Billy is a bit elusive as to his connection and remarkably similar appearance to EK, but like his clone, he’s geeked at meeting Coulson. BK goes through the same spiel of vetting the agents and lanyard distribution. I’m torn on this as I loved Patton Oswalt’s Koenig, but having Ward kill him reinforced that Ward was for real a bad guy and not running some long double con. Bringing Koening “back” feels like a bit of a cheat.

We get two epilogues to wrap the show. First is Raina traveling to some shady place and telling a mysterious person that his daughter is still alive. If you guessed the agent Raina was referring to was May or Simmons you just haven’t been paying attention silly. Hey writers, revolving the show around Skye is partly what turned viewers off in the first place so don’t drag that subplot out too long, ok? Thanks.

Epilogue 2 is a bit more of a cliffhanger as Coulson wakes up and starts writing codes/plans/gibberish similar to amped-up Garrett hinting that things are still not right with our favorite agent. What will happen next???

So if I rated these recaps, the last month or so was a consistent 8-9. This was a step below the bar that had been set. It was ok, but the payoff — save the Evil Ward and May fight — was a bit underwhelming.