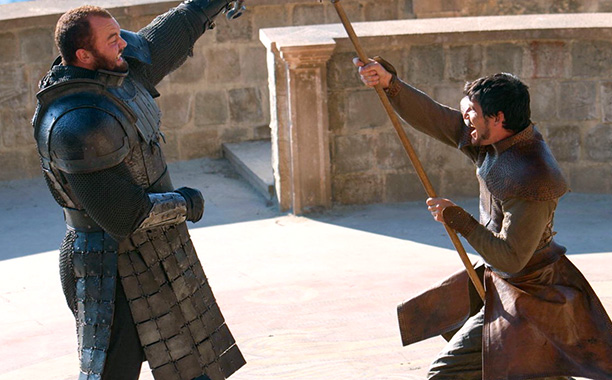 Mind = blown after this week’s episode, which sees yet another shocking major character death in a season full of them. 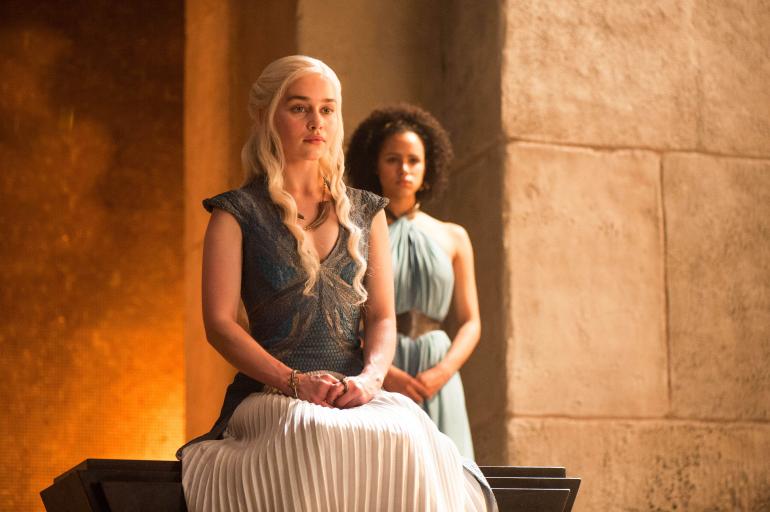 The episode starts off slow as we stop by Castle Dany. Grey Worm is checking out Missandei (do not blame you at all dude) while she’s bathing and she’s not sure if she’s down with that or not.

Meanwhile Dany finally learns Sir Jorah initially joined up with her to spy on behalf of Robert Baratheon. Dany, not shockingly, is pissed and exiles her former most trusted lieutenant. The scene felt kinda rushed and lacked that big reveal feel of most betrayals on the show. 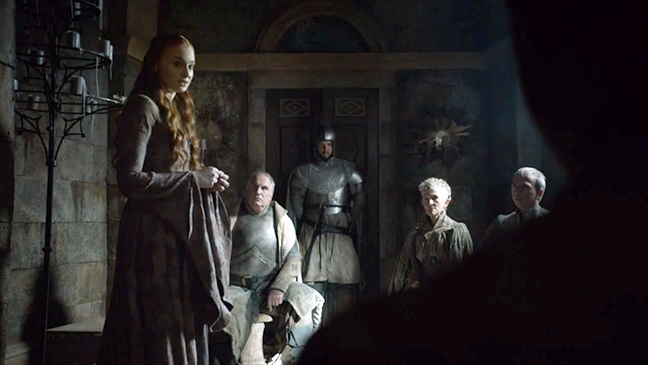 Littlefinger is enduring his inquiry/trial for Lady Arryn’s ‘suicide’ and may have found himself in a situation he can’t talk himself out of when Sansa is called in to give her account. Sansa finally wakes up to the real world of Westeros and concocts an intricate account of her aunt’s jealousy and eventual suicide slyly weaving in some factual elements to her tale as if to give Littlefinger a tease that she could ruin him at any moment.

Off the hook, Littlefinger continues his master plan and asks his judges if Lady Arryn’s son, Robin, can learn the land (i.e. get the heck out of the Vale). Sansa says she decided to help him because he knows what he wants. That pool of drool every time she walks by him probably helped her figure that out. And when Sansa rocks her new gown, Littlefinger can barely keep his eyes off her.

[irp]Hopefully I wasn’t the only one seething at the bastard Ramsay Snow’s grand victory and official renaming to Ramsay Bolton. As Lord Bolton showed his bastard the far reaches of the North before saying this is his realm, I couldn’t help but think this was a scene we should have gotten in a kinder, gentler Westeros between Ned Stark and his bastard son, Jon Snow.

The fact this proud moment occurred with the series’ most detestable characters made it even worse. And the Ramsay/Reek storyline is the worst. We get it, Ramsay’s a tool and Reek is a shell of Theon. Let’s save those valuable minutes for more Pod and Brienne.

Continuing my favorite “buddy” pairing of the season, The Hound and Arya make it to the Vale so he can collect his reward only to learn Lady Arryn is dead. Arya sensibly busts out laughing as The Hound scowls. My big question is will Sansa and Arya actually reconnect at the Vale? 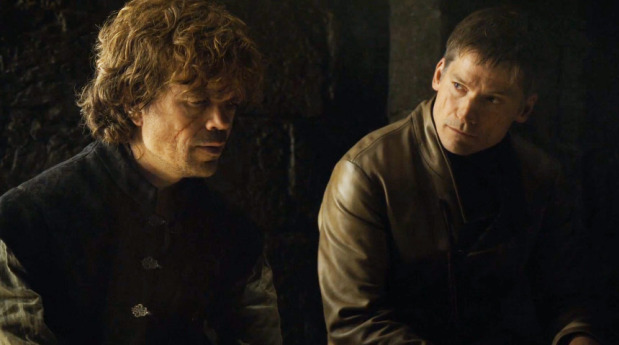 I was in heavy clock-watching time as the episode was winding down and we were finally getting to Jamie visiting Tyrion in his cell again. The two have another scene that doesn’t move the story forward, but is another season highlight just from watching their interaction. Jaimie/Tyrion scenes have fast become money scenes as far as their can’t miss status.

Just when it looks like the fight between Oberyn and The Mountain will be spared for next week, we get it with less than 10 minutes in the episode.

Oberyn is dancing his way against The Mountain and having little problem staying three steps ahead of his gargantuan opponent. He’s preoccupied with getting The Mountain to confess to killing his sister and her children and you can tell Tyrion just wants him to hurry up and wrap the fight.

Jaimie is loving the fight as it appears that he’ll be able to reminisce over more childhood memories with his little brother while Cersei and Tywin look like they’d rather be anywhere than watching Tyrion’s champion spare his life.

Oberyn is fighting a bit carefree and reckless, but his speed is making this bout almost too easy. After a few calculated strikes, The Mountain is down – barely clinging to life – and Oberyn lowers his guard to demand a confession. 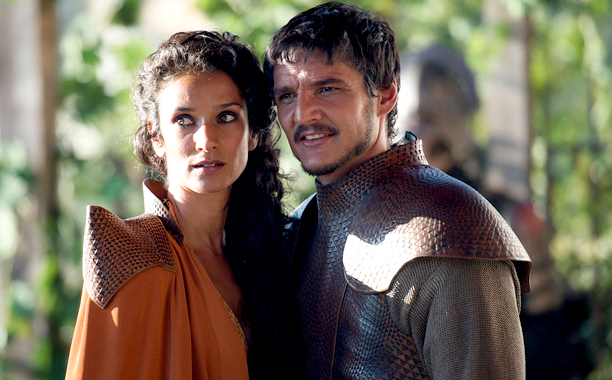 Fortunately, he finally gets his wish. On the not so awesome side, it’s after The Mountain plunges his fingers in his eyes and proceeds to squeeze until his head explodes.

Oh Oberyn… Of all the numerous deaths on the show, this one has to go down as one of the most disheartening and shocking. Oberyn seemed to awesome a character to get killed off in such gruesome fashion and Tyrion’s look of shock matched my own. So how will out boy get out of this fine mess?

So with all of this episode’s craziness, just how the heck can the show runners shock me and have me swearing off the show again with the infamous ninth episode?

0 thoughts on “Game Of Thrones The Mountain vs. The Viper recap S4, Ep8”