If for some reason you’re not familiar with Jason Momoa, star of “Conan the Barbarian” and featured performer in “Bullet to the Head” and “Game of Thrones,” you will be in about two more years as Momoa will be playing Aquaman in “Batman v. Superman: Dawn of Justice.”

Longtime friend of the site and regular reader/commentator/all-around great guy Barry Murray shares his meeting with the future King of Atlantis.

I was at the Creation Entertainment 2008 Vancouver Stargate convention, held in the Burnaby Hilton in early April.

I was waiting in line to get a pic with him and when it was my turn he said: “you’re really short, dude.”.Just for a laugh, I suppose.

We got a pic but it was blurred, so the photographer took another one and Jason jumped up on my back so i would appear even shorter, lol. 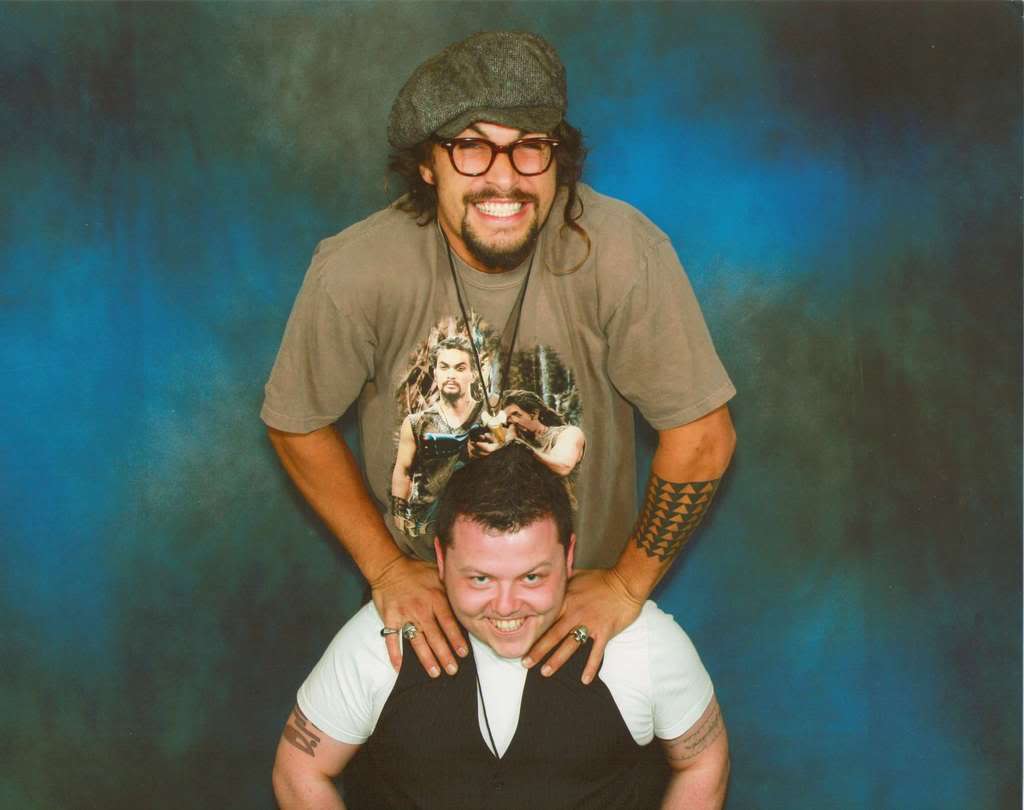 Had a run-in of your own with a celebrity? I’d love to share it. Hit me up at [email protected]!