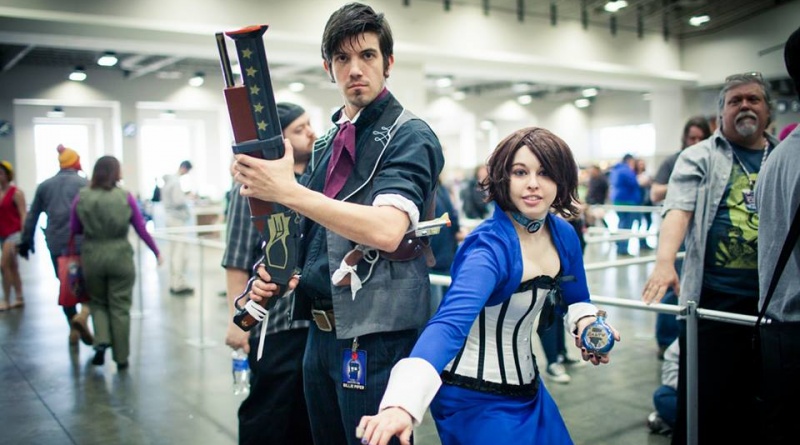 This week’s CC features the very talented and gracious Beryla Gann. When I met her at AwesomeCon she had an incredibly intricate Bioshock Infinite outfit that was pretty spectacular. It’s always cool to actually meet cosplayers in person so I was very happy that Beryla agreed to be spotlighted. 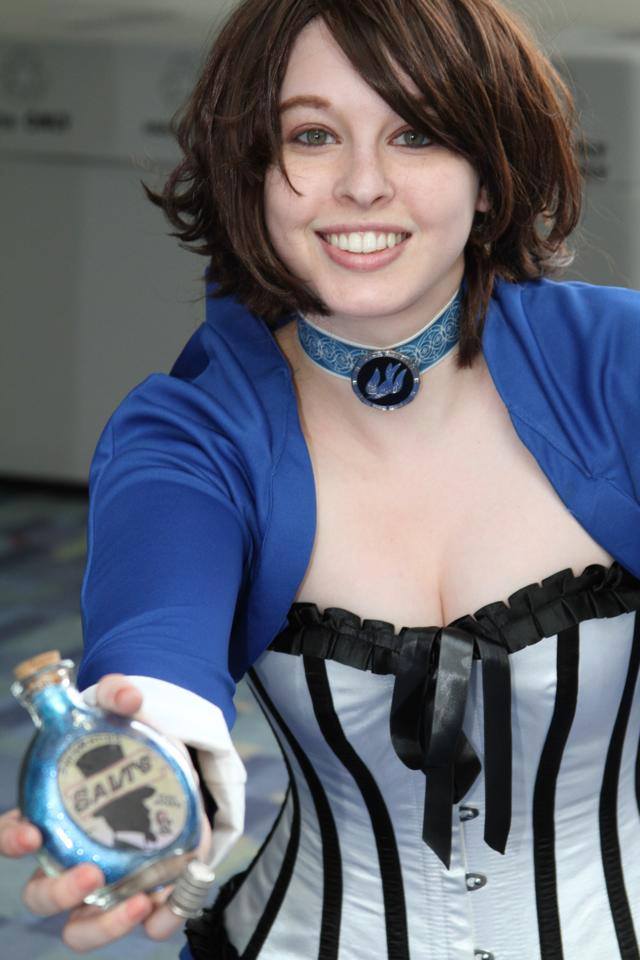 How you got into cosplay: In 2008, my (now ex) boyfriend dragged me along to Otakon. I fell in love with all the cosplays, taking as many pictures as I could. In 2009, I went back in a very bad, pieced together cosplay. I moved out of state in 2010, and fell out of the Con World (though I continued to stay in the Ren Faire World).

In 2013, my boyfriend, Keller, and I moved back to Maryland and decided to visit Otakon together, as he had never been to a con, and I missed it. We threw together Bioshock Infinite cosplays and went, fully integrating ourselves into the world. We loved it so much, we decided to go to as many as we could. I was never fully in love with the Elizabeth cosplay that I had pieced together through Amazon.com, and I knew that it would be expensive to buy cosplays. A few months ago, I taught myself to sew (using Google, Youtube, and advice from a few friends), and I remade my Elizabeth. I already have dozens of cosplays on my To Do list.

How long have you been cosplaying: Technically, since 2009. However, since I only did one (well, sort of two: I quickly threw together a Left 4 Dead Witch for Halloween) before I stopped for a few years, I’m going to say since Otakon 2013. 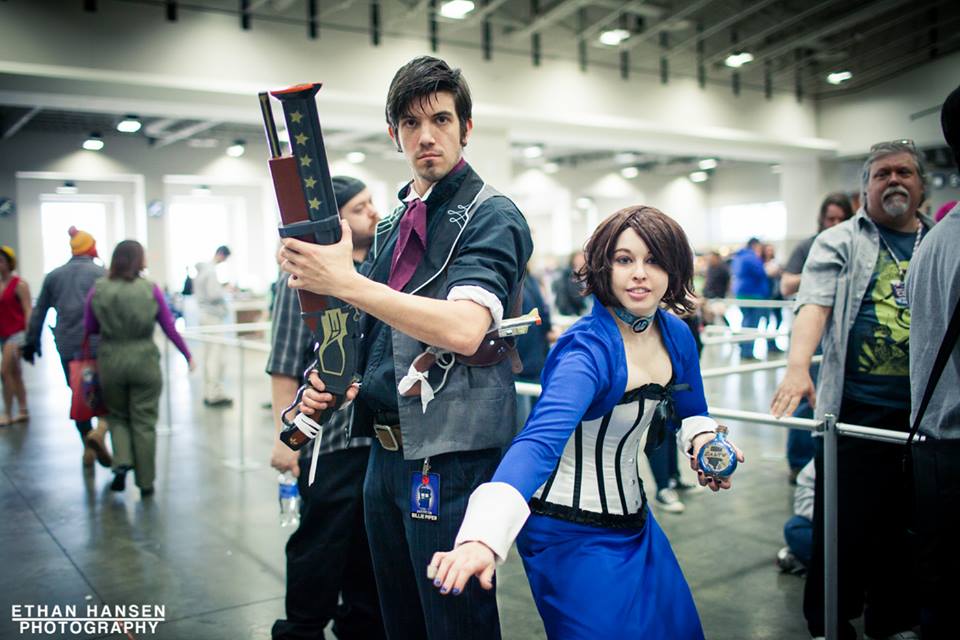 The hardest costume I’ve done: Again, I’m going with Elizabeth on this. The skirt for Elizabeth is only the fifth piece of clothing that I have ever sewn. The petticoat is the sixth, and the bolero is the seventh. The first four pieces that I made were all tests, just to teach myself how to sew. For each of those four pieces, I followed the patterns and instructions exactly. 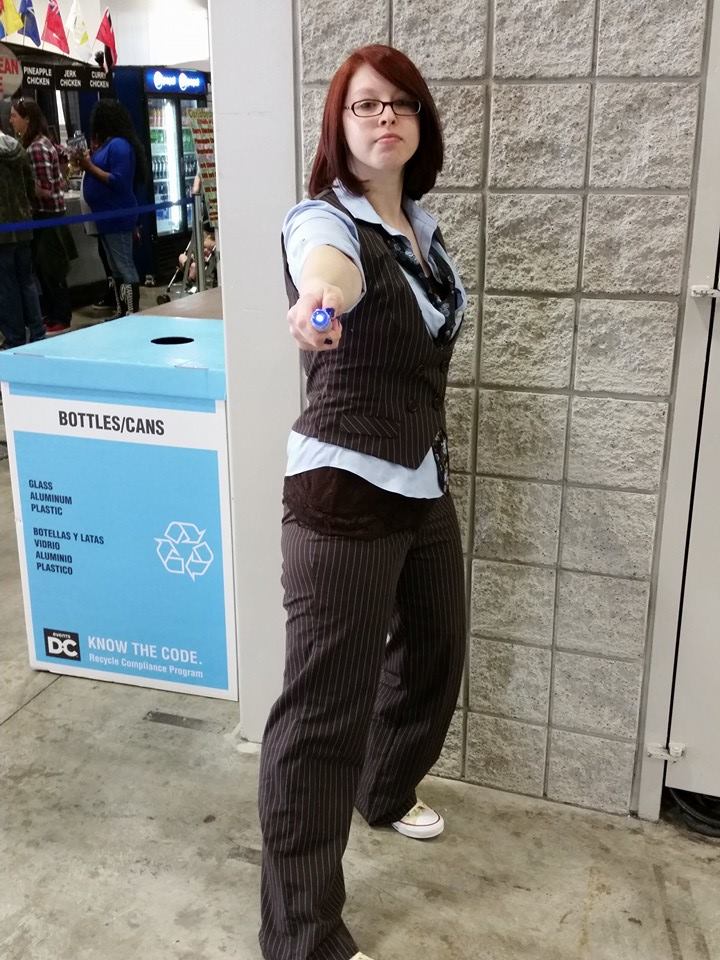 For Elizabeth, I had to wing a large portion of it, and for a novice, that is difficult. I made the skirt according to a pattern, but I had to alter the bottom to allow for the white. As for the petticoat, I had no pattern. I briefly read over instructions on the internet, and, based off of the skirt pattern, I winged it. As for the bolero, I loosely followed a pattern for a Halloween piece, but it was short-sleeve. The collar that came with that was the wrong shape and way too tall, and didn’t come down the front like Elizabeth’s. Also, there was no pattern for the cuffs. I cut maybe five different versions until I got it right. It was very hard to improvise, but I am proud of how it came out.

My female 10th Doctor cosplay also caused me a lot of issues because of the fabric. It was, perhaps, the most uncooperative fabric I have used. Each pin left a hole; every piece that I had to apply interfacing to bunched up and nearly ruined the fabric. It was quite frustrating.

How much money do your costumes cost to make: It depends on the fabric. For my female 10th Doctor cosplay, I needed brown with blue pinstripe. That is hard to come by, and, unfortunately, that one was quite expensive: if I remember correctly, I think it was $60/yard. But hey, that’s better than paying $550 for someone else to make it for me. My Elizabeth was much less than that, even though I needed different kinds of fabric. 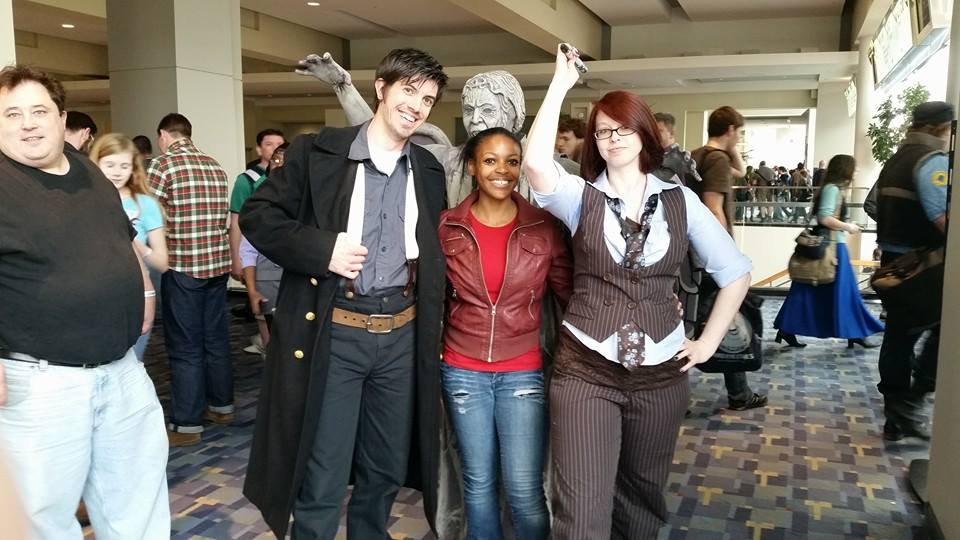 How much time it takes to make an average costume: Thank goodness I’m in grad school and have flexible hours! Elizabeth took me two and a half weeks of straight sewing: more or less, from rise to bed, with meal breaks. At one point, I figured that out of 48 hours, I spent 36 of that sewing. The Doctor took me about two weeks of straight sewing, as well.

What makes it so rewarding: Several things make it rewarding. Finishing a whole costume, trying it on, and looking in the mirror is one of the best feelings. And I’m not going to lie, getting tons of compliments on a cosplay is incredibly rewarding as well. I put my blood, sweat and tears into my costumes (quite literally, actually), so when tons of people want my photo, or people tell me how beautiful my cosplay is, it reinforces all the hard work I put into it.

Do I have a regular group I partner with: Yes and no. My boyfriend and I do a lot of our cosplays together. I also have a lot of Doctor Who cosplayers, so when we do our 10th Doctor and Captain Jack Harkness, we run around with them a lot. I’m also friends with a ton of cosplayers, so we are always thinking up group cosplays to do.

What would you say to people who want to cosplay, but haven’t worked up the nerve yet: I know that it can be a lot of hard work, but it is worth it. You don’t have to make your own. Piecing them together through thrifting or amazon.com or where ever, or even commissioning them is completely valid. Cosplaying is a ton of fun, and an easy way to make friends.