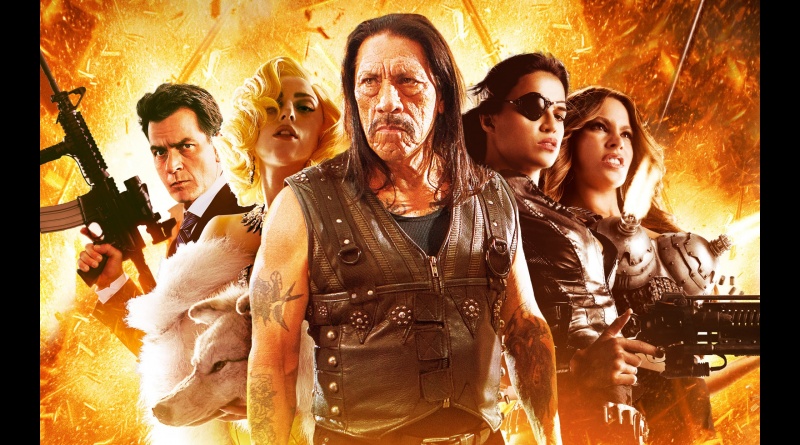 There’s no point in taking Machete Kills seriously. And if you saw the first one and were expecting anything different the fault lies solely with you. For those willing to go along with Robert Rodriguez’s absolutely absurd action extravaganza, it’s doubly crazy, chaotic and all kinds of ridiculous fun.

Rodriguez starts the fun off right away with a hilarious trailer for the final part of the Machete trilogy — Machete Kills Again…In Space! which is just as literal as the title implies. The premise is so goofy and ridiculous that I absolutely must see this movie even if Rodriguez has to fund it via Kickstarter to get it made. 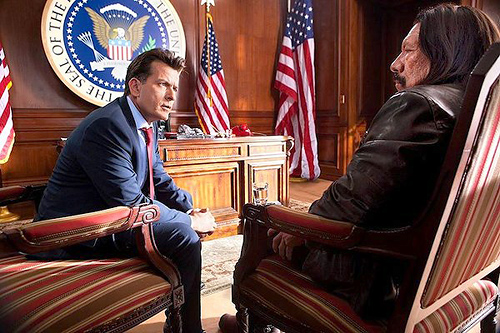 The trailer is so crazy it takes a second to come down to fully appreciate what’s happening in the actual film. This time, the President (Charlie Sheen going by his birth name Carlos Estevez) recruits Machete (Danny Trejo, In the Blood) to stop Mendez (Demian Bichir, The Heat), a would-be revolutionary, from unwittingly setting off a nuclear war. 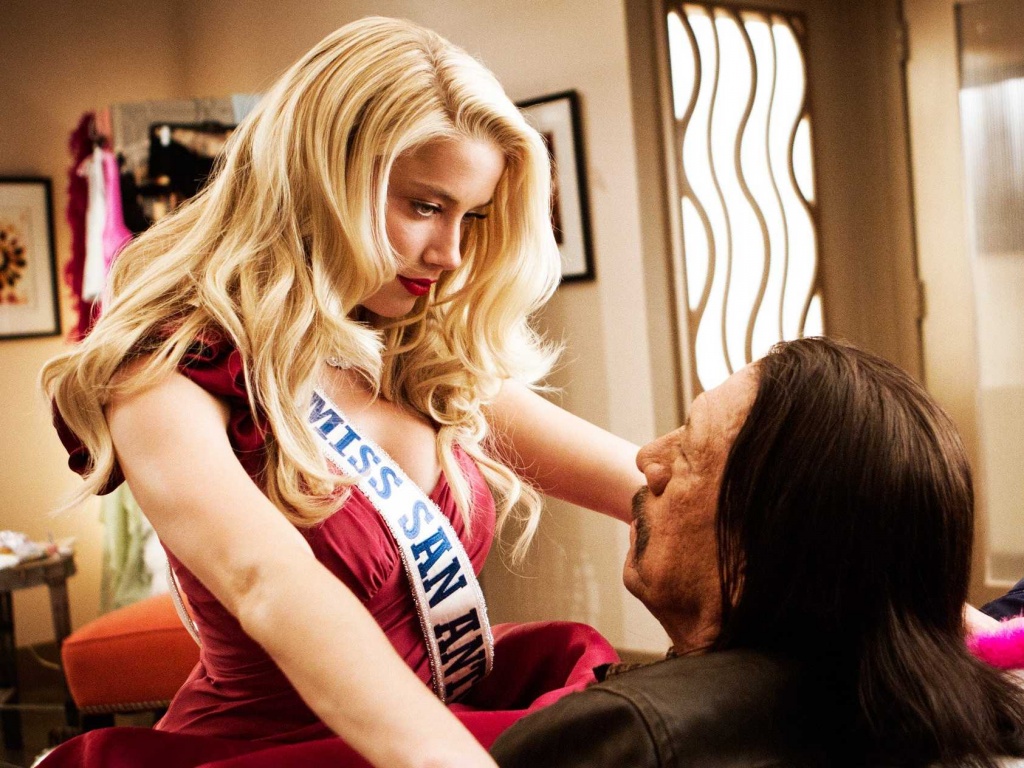 Machete teams with the beautiful Miss San Antonio (Amber Heard, Pineapple Express) to track Mendez but it won’t be an easy extraction mission as Mendez has a split personality, one willing to help him and the other continually trying to ruin Machete’s plans.

Additionally, Machete’s exploits attract the attention of the mercenary El Camaleon (played by a number of actors that I won’t spoil the gag by revealing) and Desdemona (a screeching Sofia Vergara), a revenge-seeking madam sporting a machine gun bra along with her killer prostitute army led by Killjoy (Alexa PenaVega). 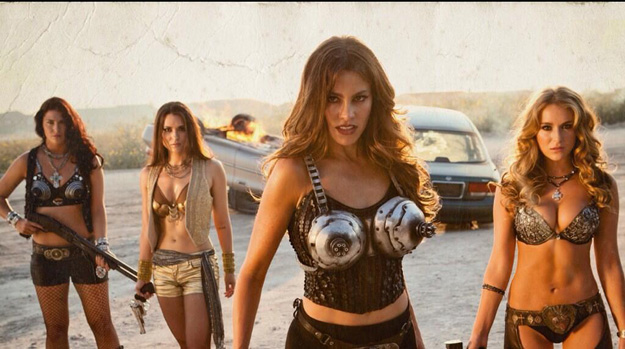 One of the more amusing aspects of the series is how little acting Rodriguez requires from Trejo, an actor more than capable of tackling dialogue-heavy roles. Yet it’s rare when Machete strings together more than three consecutive sentences. Somehow, Trejo gets most of the film’s best lines as Machete constantly refers to himself in the third person with catchphrases like ‘Machete don’t text.’ 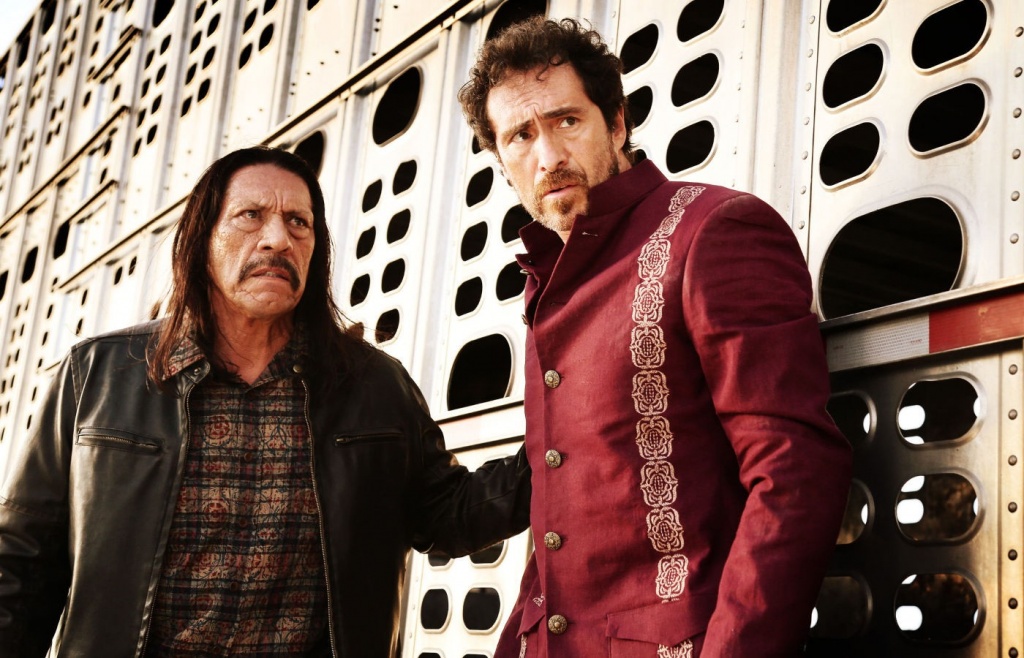 That puts the burden on the supporting cast to carry their scenes. Bichir nearly steals the film with his ever-shifting personalities, Sheen is a lot of fun as is Mel Gibson as weapons developer Voz while Michelle Rodriguez (Fast and Furious 6) reprises her role as Machete’s tail-kicking ally, Luz. But for a Machete film, the acting and script comes a distant third to action and crazy action. 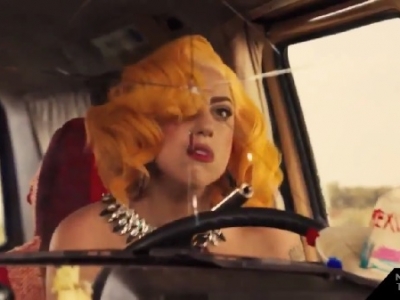 Just like he did in the first film, Rodriguez stages some pretty twisted ways to kill and dismember people and again, the most creative killing involves a severely ingenious use of intestines. I may be exaggerating, but Machete Kills may be the most over the top spectacle put on film.

Rodriguez’s winking playfulness with the violence, script and characters makes Machete Kills a far sillier and dropkick your brain at the door adventure than your typical action blockbuster, but the unbridled sense of unpredictability is what makes this sequel so entertaining. 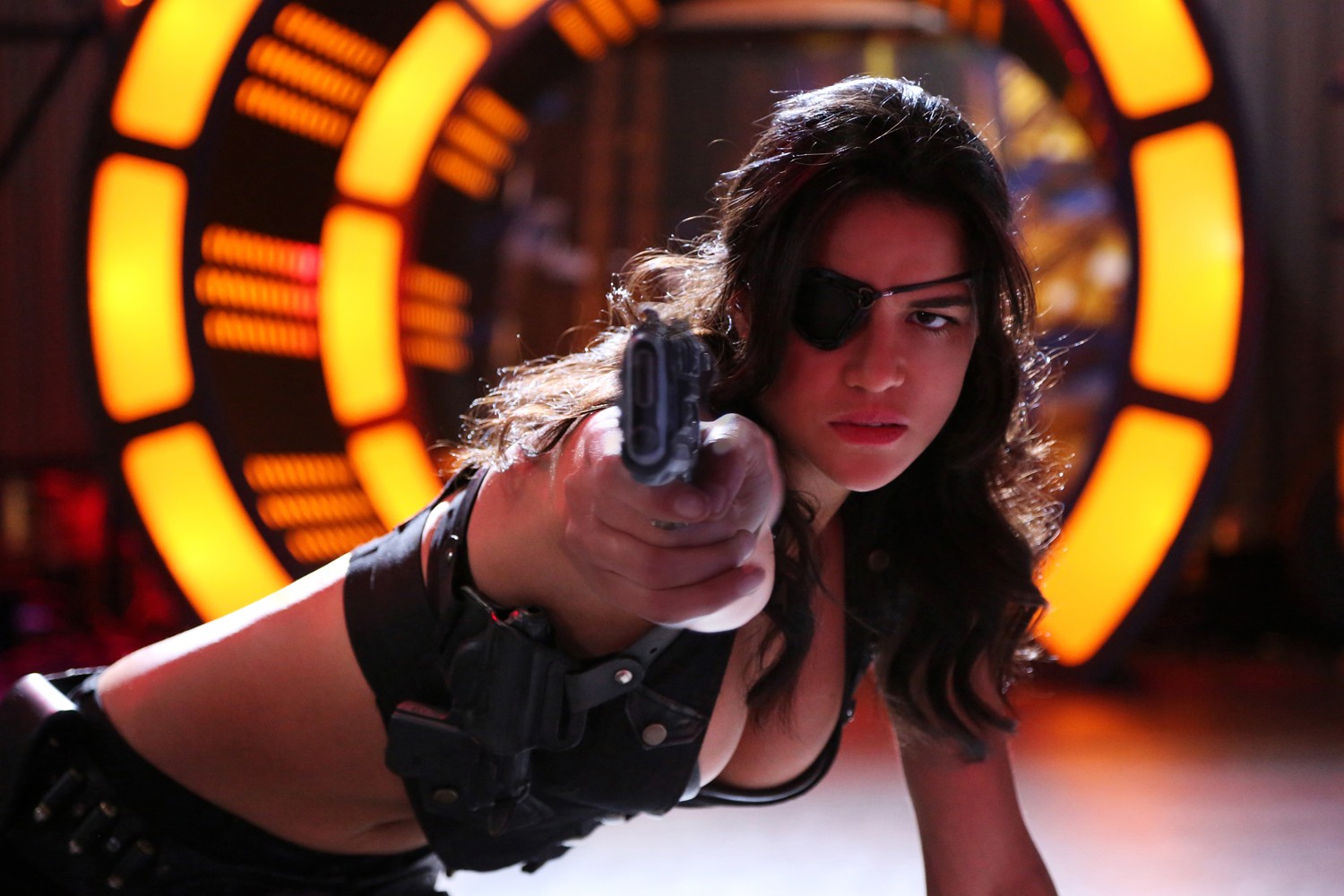