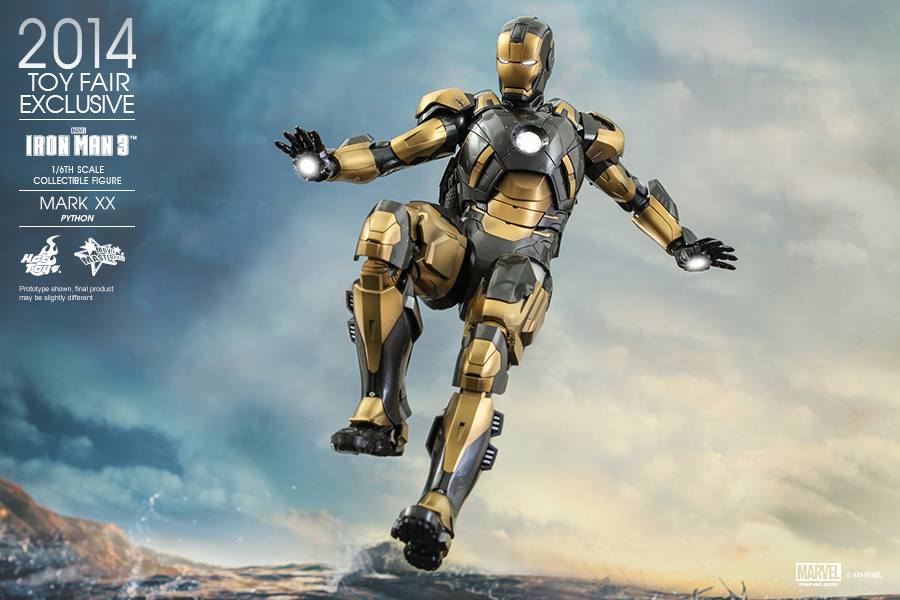 While I’m not the biggest fan of this color choice in the comics, I’ve gotta admit that the figure version is pretty slick.

Anyone remember G.I. Joe’s Cobra Python Patrol? Cobra rocked a somewhat similar yellow and black attire for their stealth outfits and I wonder if the name of this armor is some sort of shout out to them.

“Everybody needs a hobby.”

Tony Stark’s hobby was building a number of armors for the “House Party Protocol” in Iron Man 3 and they proved to be valuable asset when combating the dangerous Extremis soldiers!