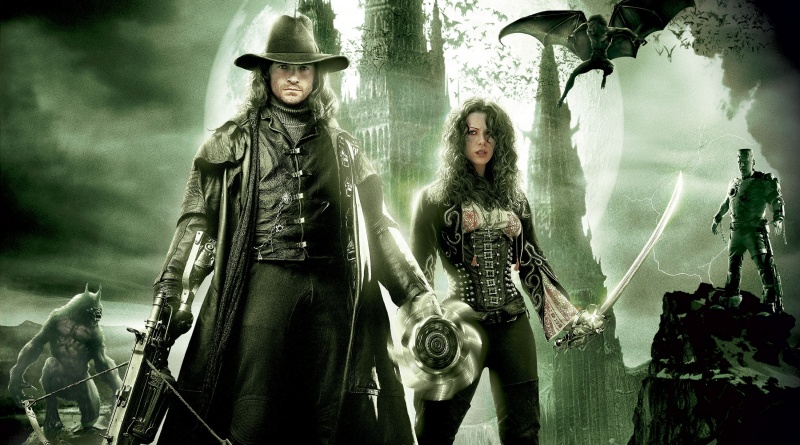 If Van Helsing is any indication of how bad the rest of the summer crop will be, don’t wake me until fall–or better yet, winter. Yes, I’m well aware that it’s only May, but don’t tell me–tell the Hollywood suits who figure they can sucker more people into theaters if they put trash like Van Helsing in a nice pretty package labeled summer movie. 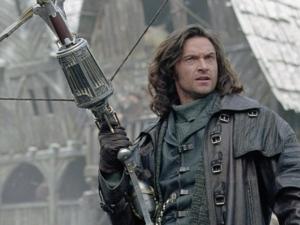 One would think a film featuring the icons of horror movies past–Dracula, the monster of Frankenstein and Wolfman–with all of the technology at filmmakers’ disposal in 2004 couldn’t help but be entertaining. That’s not the case.

Van Helsing (Hugh Jackman, X2) has been sent to Transylvania to dispose of Dracula (Richard Roxburgh, League of Extraordinary Gentlemen). 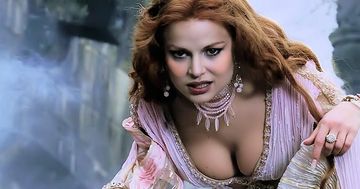 He teams up with the equally adept fighter/gypsy princess Anna (Kate Beckinsale, Underworld) who has her own reason for seeking revenge against Dracula. And mayhem and hi jinks ensue.

During every dull action scene, I awaited the filmmakers popping up asking, ‘Hey, wasn’t that exciting?’ That sense of boring action isn’t surprising when you consider that the writer/director is Stephen Sommers, writer of The Mummy and its equally inept sequels, The Mummy Returns and The Scorpion King. 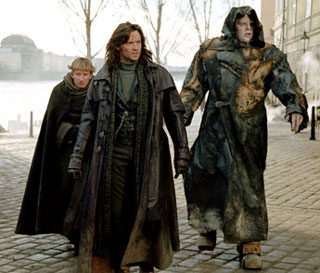 Jackman’s Van Helsing is written to be too human for an action star. Unlike James Bond, our hero is not a handy shot with his trusty crossbow. He does manage to kill a few enemies with it, but not before firing off about a thousand bolts.

It kind of takes away some of the mystique of a monster slayer when he can’t hit the broad side of a castle from more than 10 feet away.

The people I really feel for (excluding myself, of course) are Jackman and Beckinsale. Jackman, the breakout star of X-Men and X2, does his best with the material he is given but doesn’t have much to work with. 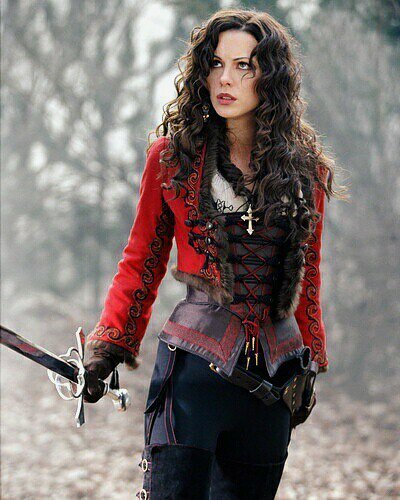 And Beckinsale should have chosen a better follow-up to Underworld, in which she got to beat up both vampires and werewolves.

Dracula and crew are supposed to be scary, but they’ve got nothing on the dialogue, which is downright bone chilling.

Roxburgh sadly tries a different approach with Dracula than previous actors who have donned the fangs, and the results are disappointing. There is nothing intimidating about Roxburgh’s Dracula, and he gets more unintended laughs than any other character in the film as he sounds more like Bono pretending to be Dracula.

Credit has to be given where it’s due and this won’t take long: the CGI is very solid and the fights are impressive – when you can see them.

As with all recent summer blockbusters, rapid-fire camera angles are designed to give viewers a sense of what’s going on as opposed to actually seeing what’s going on. Unfortunately, the quick-changing cameras are so poorly done in this case that their sole purpose seems to be to overwhelm you into thinking you actually saw something memorable.

And memorable, my friends, is one thing that Van Helsing is not. I’m thinking that its target audience may be the zombies from “Dawn of the Dead,” since they have no feelings or clue that this cliché action film is better off buried in its coffin.