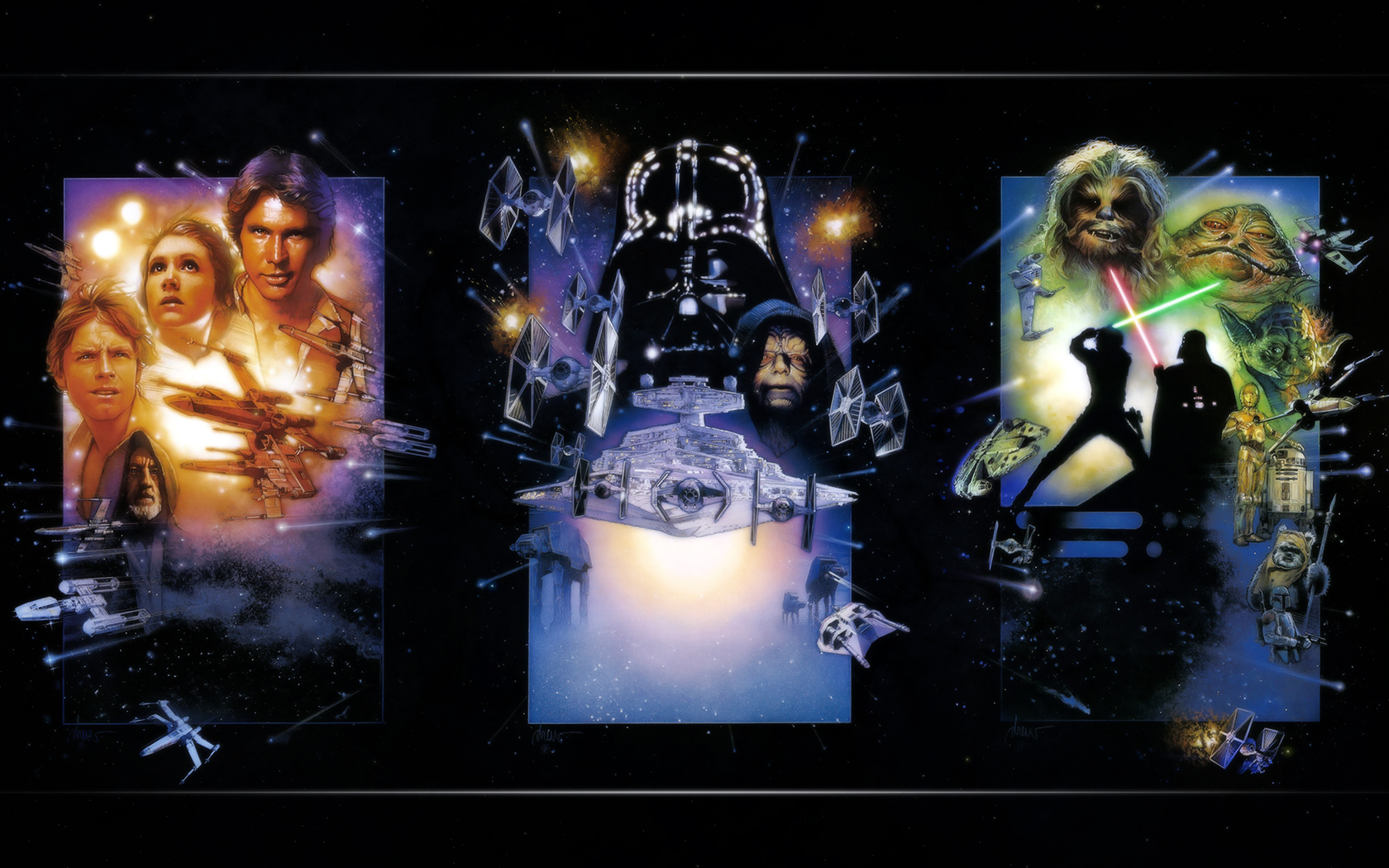 Unlike many a Star Wars fanboy, I don’t feel like George Lucas trampled my childhood when he started tinkering with the original Star Wars trilogy with the special edition tweaks back in 1997. In some cases, lightsaber enhancements, better lighting effects and more Wampa, the fixes improved on already outstanding films. But then, there’s some that got changed for seemingly no good reason other than to spark some good old fashioned fan outrage.

Now with news that the original, unedited trilogy will finally be coming to Blu-Ray, here’s the three fixes I’m glad to say goodbye to so I can not feel so obliged to hold onto my old VHS tapes.

As the only film in the original trilogy that Lucas directed, it makes sense that this would be the one that has the most tweaking and stirs up the most fan outrage.

One of the somewhat annoying aspects to the prequels compared to the original trilogy is the past having better technology than the future. Lucas started glossing up the OT and one of the more obvious changes was adding more ambiance to the Mos Eisley spaceport. By this time though, Lucas was so enamored with CGI and the wide open possibilities of the format that the blend of 1970s tech and 1990s tech is jarring 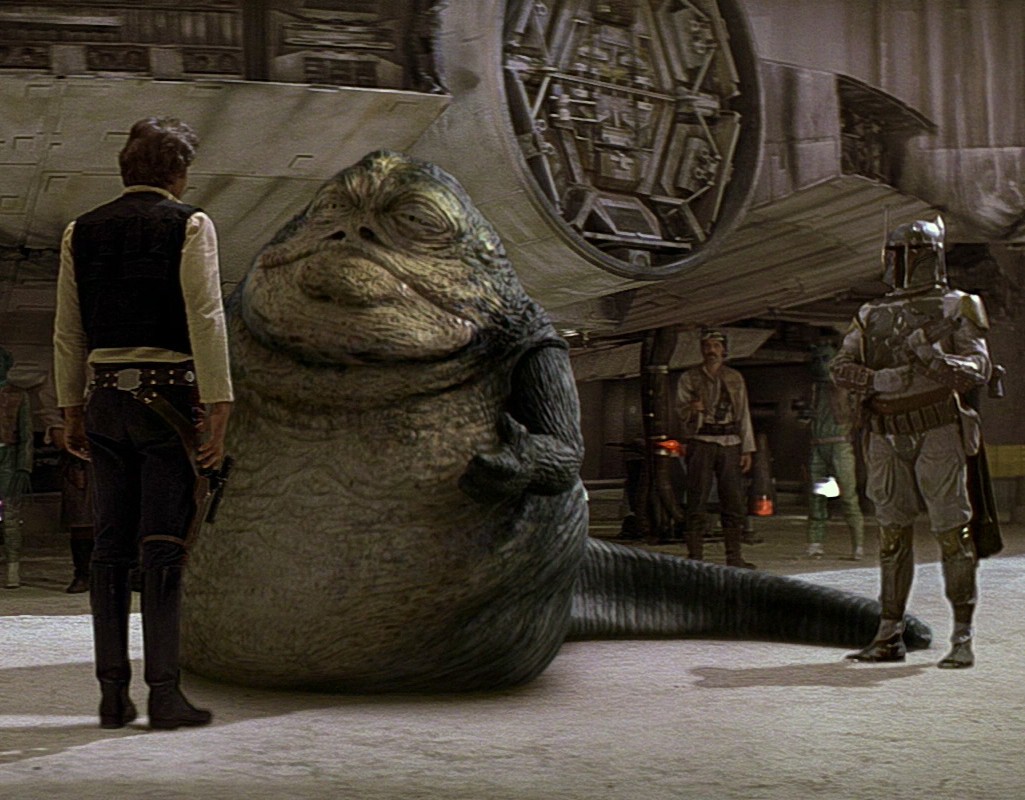 There’s nothing particularly wrong with this addition, but it’s far better as a bonus deleted scene than one essential to the movie. Greedo covers all of Jabba’s talking points and seeing Jabba waddling around kinda doesn’t make him nearly as imposing as he is when the droids encounter him in “Return of the Jedi.” Also, the cameo by Boba Fett here just seems like unnecessary fan service that does nothing for the film.

I’m thinking of any one fix that fans are most excited about, this will definitely have to top the list. No longer is it a shootout with Greedo. Han Solo emerged as one of the smartest/bada$$ heroes of all time for not waiting on the bad guy to get a lucky shot. Nope, he’s not letting Greedo take him or his ship to Jabba and the only way to knock one bounty hunter out of the running is to shoot first. It’s such a defining character moment for Han that it’s become a rallying cry for geeks everywhere including this guy.

My co-favorite movie was already pretty much perfect so Lucas didn’t waste a lot of time making changes and it’s the one that benefits the most from the adjustments. The lightsaber duel between Luke Skywalker and Darth Vader is sharper thanks to the lightsaber color enhancements. Cloud City lighting captures the majesty of a city in the clouds during the day and sunset and the Wampa looks truly terrifying and not just some guy in a big white fur suit. Still, there’s some changes I’ll be happy to stick with the originals on: 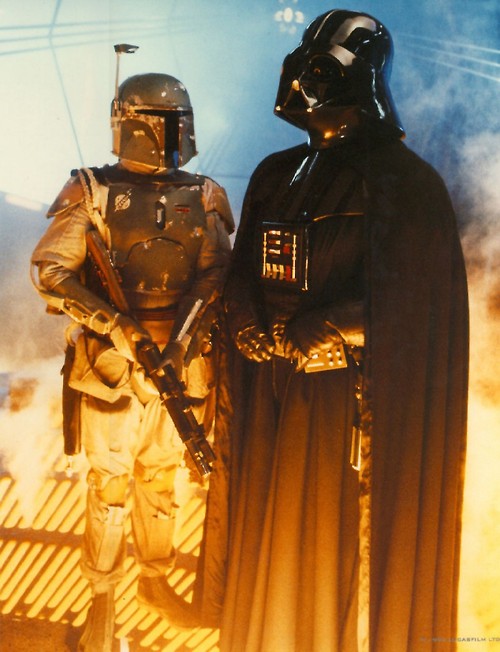 Jason Wingreen handled the scant few bits of dialogue for everyone’s favorite bounty hunter in the original. But to be consistent with the prequel backstory of Boba being a clone of his “father,” Temuera Morrison (the voice of Jango Fett) is dubbed in now. Morrison isn’t bad, but Wingreen gives Fett that grizzled take no crap voice and Morrison just doesn’t have that same tone.

After poor R2-D2 gets swallowed by the Dagobaugh swamp monster, Luke has to pull his faithful droid upright. While he cleans him up, in the original version, Luke tells R2 he’s lucky he didn’t taste very good. The special edition has Luke saying R2 was lucky to get out of there. It’s a small change, but the original is so much better in this case.

After Luke sacrifices himself just to prevent Darth Vader from using him to put an end to the Rebellion, the evil Sith Lord is pissed! And after killing off his officers at an alarming rate you know someone is in for it if they even delay in following his orders. That’s why the original line of “Bring my shuttle” is so much more threatening than the “Alert my Star Destroyer to prepare for my arrival.” Vader doesn’t need to have a long, drawn out order. Bring the shuttle or get force choked out!

Return of the Jedi

While “Star Wars/A New Hope” has the single most egregious change of the trilogy, “Jedi” has the most confusing and annoying “fixes.”

The whole extended dance number at Jabba’s palace is so annoying and clearly meant to make this vile setting a bit more comical and light-hearted. The problem is some major stuff is about to go down here and the goofy creatures distract from “ESB’s” big cliffhanger.

While I get the finale celebration shot is meant to show all the worlds affected by The Empire — Coruscant, Naboo, Cloud City, etc. — the CGI created worlds don’t mesh with the more natural backdrops we’ve experienced throughout the film and is jarring. And for viewers who watch the original trilogy first, these other locations have no meaning whatsoever. 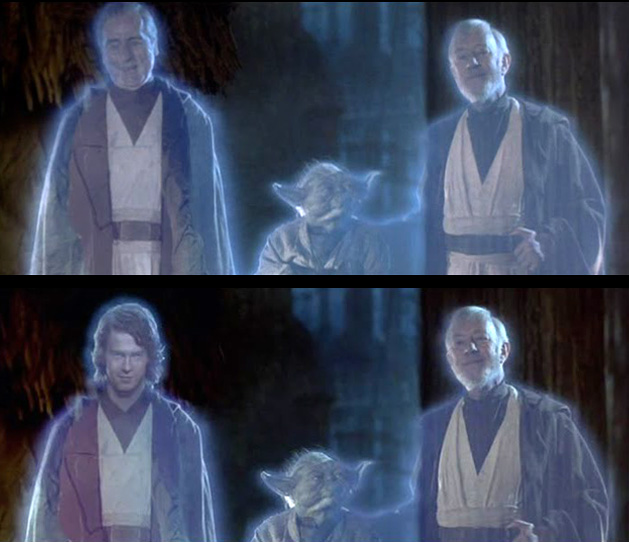 I can honestly overlook Han shooting at the same time as Greedo (wink), but by far the most ridiculous change in the entire saga is inserting Hayden Christensen in the final shot with Yoda and older Obi-Wan. Luke would have no idea of who the heck this 20-something year-old guy is and it makes no sense as Anakin’s last heroic, Jedi-like act was as the old man Luke saw when he removed Vader’s helmet not the mass murderer we last saw in “Revenge of the Sith.” If Lucas wanted to bridge the trilogies, he could have had Force ghosts of Hayden Anakin and Ewan McGregor Obi-Wan transition to Sebastian Shaw and Alec Guinness, but mixing the two is silly.

So those are all my choices. How about you?