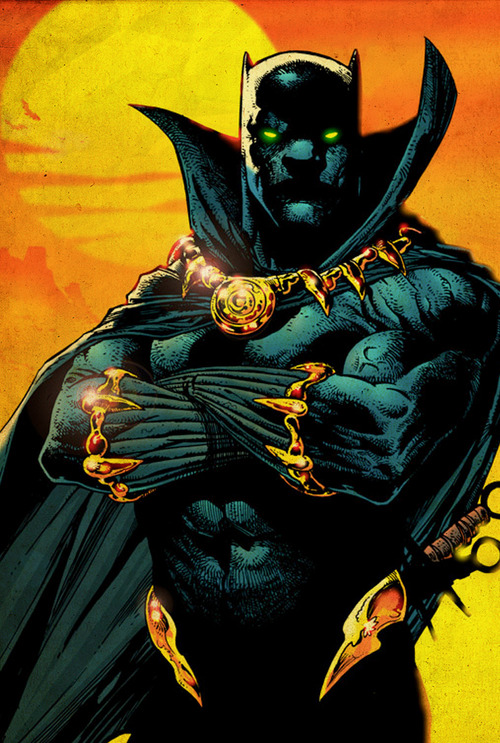 The momentum and demand for a Black Panther movie seems to grow a little stronger every week and now his creator mentioned fans may have reason to celebrate sooner than we think.

Kevin Feige keeps teasing the importance of Black Panther and there is a growing rumor that some mention of Panther’s home country of Wakanda will be featured in some capacity in “The Avengers: Age of Ultron” and now Stan Lee is getting in on the discussion.

During Fan Expo Canada on Friday, Lee was asked about a Black Widow standalone film and shared this interesting tidbit:

“The chances are she will have her own movie because eventually all the superheroes are going to have their own movies. They are already working on Ant-Man, Doctor Strange and the Black Panther, and there are others I am not allowed to talk about.”

Don’t you like how Lee said there’s films he’s not allowed to talk about yet Black Panther hasn’t been officially announced? Maybe Lee, who is well versed in promotion and building hype for projects, wants to assure fans that a Black Panther movie announcement is imminent or he’s just working off of old information. Either way I’m glad an Avenger I was betting would show up in Avengers 2 sounds like all but a lock to appear in Avengers 3 if not sooner.

I’m just finding it fascinating that of all of the numerous characters in the Marvel Universe, the demand for Black Panther and Ms. Marvel far and away eclipses any other hero. And with the success of “Guardians of the Galaxy” and “The Inhumans” in development, I’m very curious what could be coming up next on the pipeline. Alpha Flight? Champions?  What are you hoping to see or hear about next?