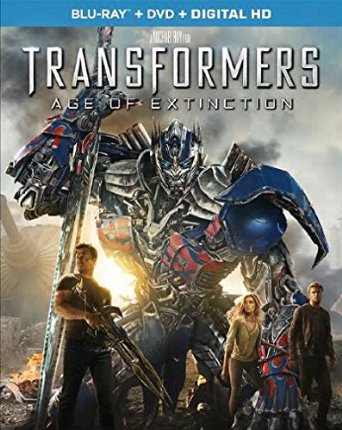 The biggest hit of the year worldwide with over $1 billion grossed comes to home video on Sept. 30.

And while Michael Bay haters may loathe what he’s done to their beloved Transformers franchise, there’s no denying he continues to find a massive audience for his take on the popular license.

Buy it on DVD here: Transformers: Age of Extinction 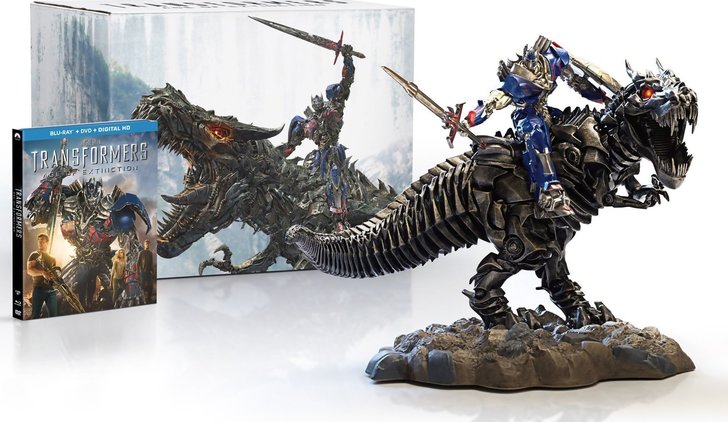 And for the biggest fans of the film, there’s an exclusive Amazon.com set:

Transformers: Age of Extinction Blu-Ray Combo Pack gift set includes a highly detailed collectible figure of Optimus Prime riding Grimlock. The Optimus and Grimlock figures have been crafted utilizing the very same digital models that brought the characters to life in the film. Every sculptural detail of Optimus and Grimlock has been perfectly captured and enhanced with hand-painting, from Optimus’ flame-detailed chest and forearms to Grimlock’s fiery, glowing eyes. Together, Optimus and Grimlock stand over 7.25 inches tall (display base height included), and Grimlock stretches approx. 9 inches from his toothy maw to tail tip.