My fellow Washington Area Film Critic Association member Kevin Sampson is tired of the same old, same old portrayal of blacks in Hollywood films and wants to do something about it with his proposed documentary, “The Hollywood Blackout,” but he needs your help in making that vision a reality.

As the producer/host of Picture Lock (a film review show and website) and a film critic in the Washington D.C. area I see a lot of films and talk to a lot of filmmakers and critics. I know that there are great stories being told from and with ethnic minorities on the indie film scene, but many of them never make it to nationwide distribution in theaters. Earlier this year I hit a boiling point as it seemed to me that one of the few films with a predominantly black cast that actually received nationwide distribution was riddled with stereotypes. 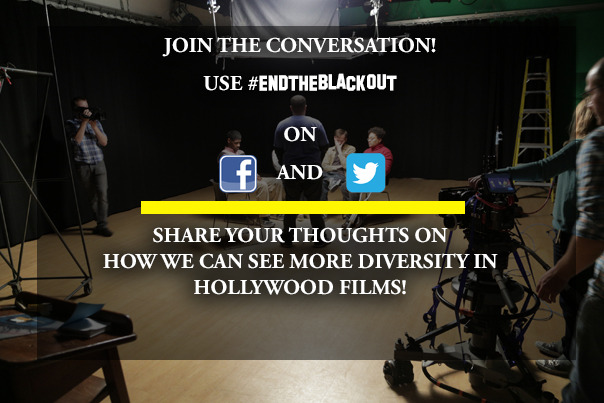 So I wrote “An Open Letter to Black Screenwriters” to call attention to the issue. After getting a large response and tons of feedback from people, I realized that the issue also has a lot to do with the business of film. I also realized this was an issue that people wanted to get behind.

It was the support of actor/producer Leon that made it clear to me that even Hollywood icons still believe that this is a conversation that needs to be tackled.

You can check out Kevin’s video and full explanation of his project here.