Captain America: The Winter Solider – One of if not the best standalone Marvel Studios films comes to home video today. Captain America (Chris Evans) has to contend with adjusting to life in the modern age while dealing with a conspiracy within SHIELD and the menace of The Winter Soldier. 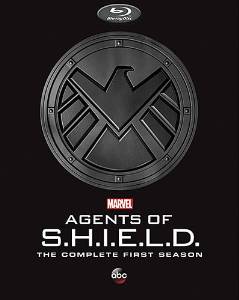 Marvel’s Agents of S.H.I.E.L.D. Season 1 – This is a smart release as it ties directly into “Winter Solider” and if you managed to avoid the spoilers all year, you’d be best served to watch “Winter Soldier” first and then binge through the show. It’s very slow to start as the showrunners mistakenly put the focus on the most annoying cliche characters, but by the midway point and its tie-in to “Winter Soldier,” “AOS” rebounds to become a very exciting and dynamic show that left fans anxiously awaiting Season 2.

Batman: Brave and the Bold: Season 2 – Synopsis from our pals at Warner Bros. Home Entertainment — Across the 26-episode second season – presented in HD and widescreen as it was meant to be seen – you’ll find a vacationing Aquaman, a requiem for a Scarlet Speedster, the legendary Justice Society, the celebrated Justice League International, the Super Batman of Planet X (voiced by Kevin Conroy), Batman’s Strangest Cases featuring a team-up with one snack-loving, mystery solving mutt, and an overarching story arc that climaxes in a stunning battle against Starro the Conqueror!

Buy it on Blu-Ray here: Batman: The Brave and The Bold – The Complete Second Season [Blu-ray] 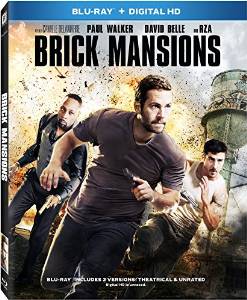 Brick Mansions – In one of star Paul Walker’s final films, he plays an undercover cop teaming with an ex-con (David Belle) to take down a crime lord (The RZA), who plans on taking out all of Detroit in a remake of “District B13, ” which after watching the trailer, I really need to put on my must-see list.

You can check out Brick Mansions here

Or if you wanna just watch “District B13,” grab that here on Blu Ray: District B13/District 13: Ultimatum 2-Pack [Blu-ray]