As usual, I had a blast attending this year’s Baltimore Comic Con. While some cons may get bad raps, I’ve never not had a great time interacting with the comic, movie/TV celebrities who all genuinely seem to want to be there and talk with fans. 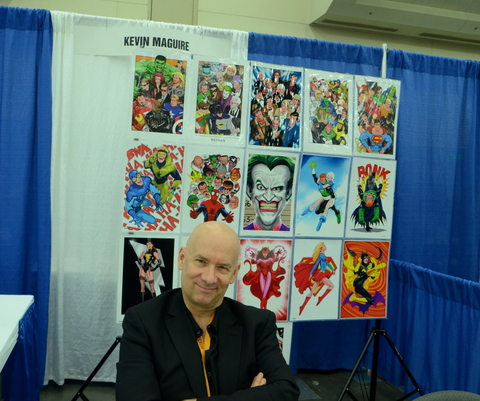 I was so geeked out about meeting one of my favorite artists, Kevin Maguire, that I completely blanked on buying his iconic Justice League portrait featuring the Silver Age team and then some of my fellow comic fans informed me there was also a movie Avengers version. Cannot kick myself hard enough for not buying them there.

Peter Mayhew (Chewbacca from “Star Wars”) was also there as well as Joel Hodgson from “Mystery Science Theater 3000” and I got a chance to talk with Jerry “The King” Lawler. 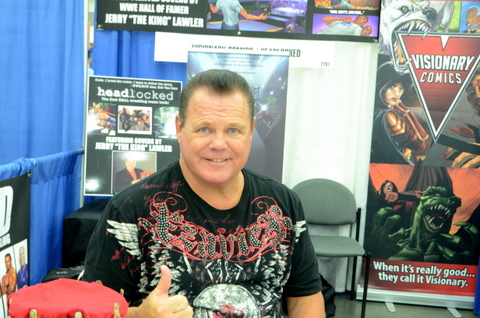 I wish I’d had something more insightful to say to him beyond gushing about how cool it was to meet him and say how big a fan I was of his feud with Bret “The Hitman” Hart, but he was very cool. I’m regretting not asking him a few questions for an impromptu visit. Hopefully I can rectify that in the future.

Comic vendors, like my pal Steve from Third Eye Comics were plentiful and there were some really good deals on trades including Omnibuses at 50% off regular price and numerous $5 trade boxes. Note to self: next year bring plenty of cash as not every vendor has converted over to accepting credit card payments.

For the most part, vendors were trying to retire off of their action figure selections — a bit disappointing as in year’s past, I’ve been able to plug some gaps in my collection thanks to some great deals at BCC.

Part Two will feature what I find to be my favorite part of the cons – cosplay – and I’ll be posting that shortly. Stay tuned!