Whether from lousy acting, grand ideas not being able to be fully realized with the existing technology at the time or just a disastrous take on an idea there’s no denying that there are some films that warrant remakes. 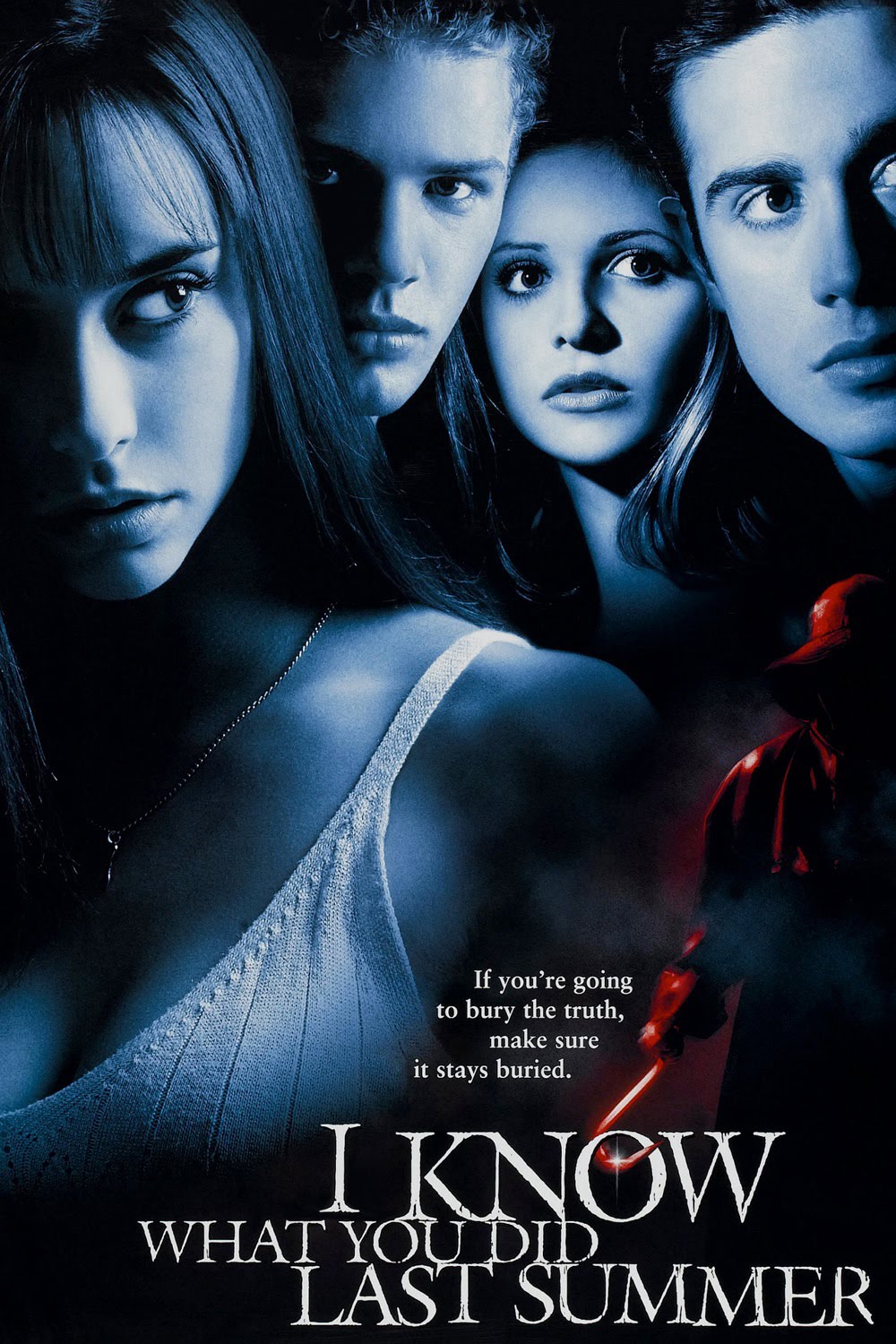 Unfortunately, Hollywood execs seem bent on remaking pretty much anything. While “Vacation,” the “National Lampoon’s Vacation,” reboot starring Ed Helms, Christina Applegate, Leslie Mann and Charlie Day doesn’t sound like a truly terrible idea, did anyone find the Chevy Chase/Beverly D’Angelo editions lacking in some manner and begging for a do-over? Just this week, two new remakes have been announced — “Ben-Hur” and “I Know what You Did Last Summer” — and both are completely unnecessary as there’s no good reason to tinker with either.

So I’ve decided to take it upon myself to give Hollywood some guidance by warding off some untouchable films some genius exec thinks needs a remake and offer up a replacement that would actually benefit from the Remake Touch in a little segment I’m calling “Don’t Remake That! Remake This Instead!”

Don’t Remake “The Princess Bride!” This adored 1987 Rob Reiner film is timeless, classic and should absolutely never be considered in need of a modern update. But it’s precisely for its beloved status with audiences, that I’m worried some exec will try to spin a remake of the adventures of Wesley, Buttercup, Inigo Montoya and Fezzik. Trying to top this? Inconceivable!

Remake “Krull” Instead! Krull is an awesome fantasy movie. It’s got a great story, a solid quest, cool characters, a frightening bad guy and a wicked weapon in the Glaive, but this 1983 adventure definitely shows its age.

Glossed up with a modern 2014-era CGI sprucing up and this is one remake most guys raised during the 80s would be eagerly awaiting to see return to theaters.

Don’t Remake “Scream”! A group of teens who know all about the standard horror movie cliches are preyed upon by a killer who uses the same rules to kill his victims.

This Wes Craven/Kevin Williamson 1996 horror film was the originator of the next decade of cynical, self-aware teen slasher movies, but still holds up remarkably well due to its well-cast ensemble, excellent script with an actual compelling whodunit mystery and unpredictable twist. Besides, “Scream 4” was essentially the remake to “Scream” anyway. 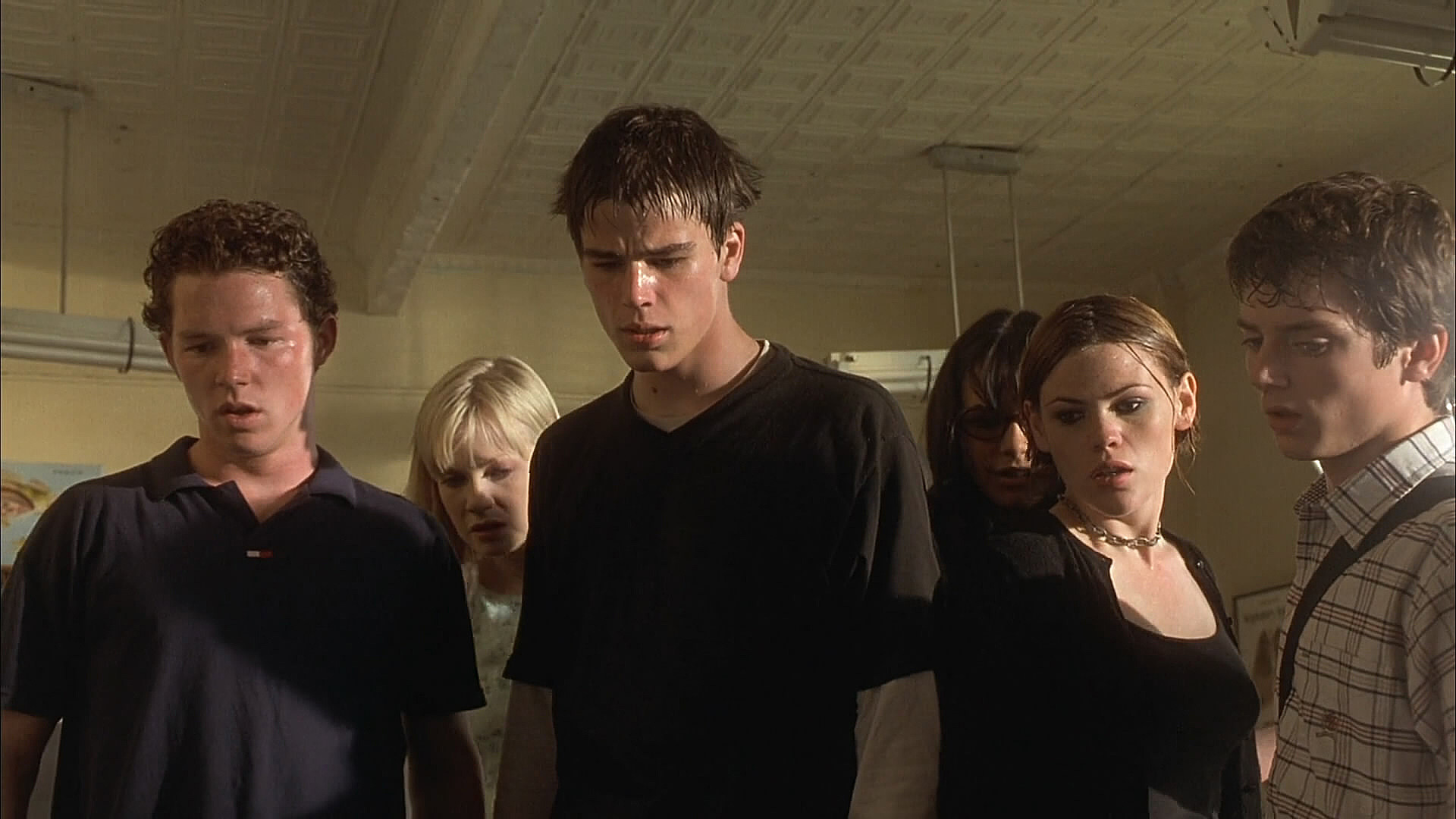 Remake “The Faculty” Instead! This 1998 horror film starred Josh Hartnett, Jordana Brewster, Clea DuVall, Elijah Wood and Usher has a solid premise of high school students suspecting their teachers are actually aliens needed a director with a more subtle edge than Robert Rodriguez. And a film that calls for a blending of various high school class factions to unite for a common cause 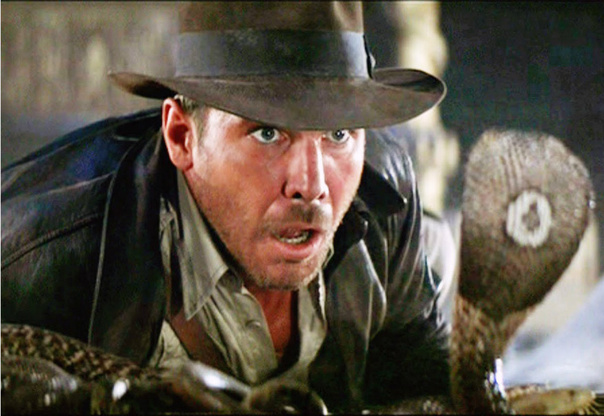 Don’t Remake “Raiders of the Lost Ark!” It seems so easy to just throw someone else in that fedora, give them a whip and call them “Indy,” but ladies and gentlemen of Hollywood — there is only one Indiana Jones and his name is Harrison Ford. Trying to force anyone else (yes, even the inspired rumor of Chris Pratt) into that role is just setting them up for failure. 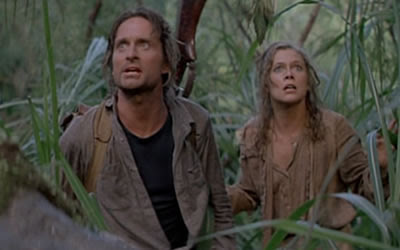 Remake “Romancing the Stone” Instead! Michael Douglas and Kathleen Turner starred in this action/adventure with a hero who was pretty similar to Indy anyway. For fun, switch the roles up and have an Ed Helms, Jason Sudeikis or Charlie Day play the writer trying to meet the ransom for their kidnapped sister and have a Jennifer Lawrence or Scarlett Johansson be the reckless mercenary. 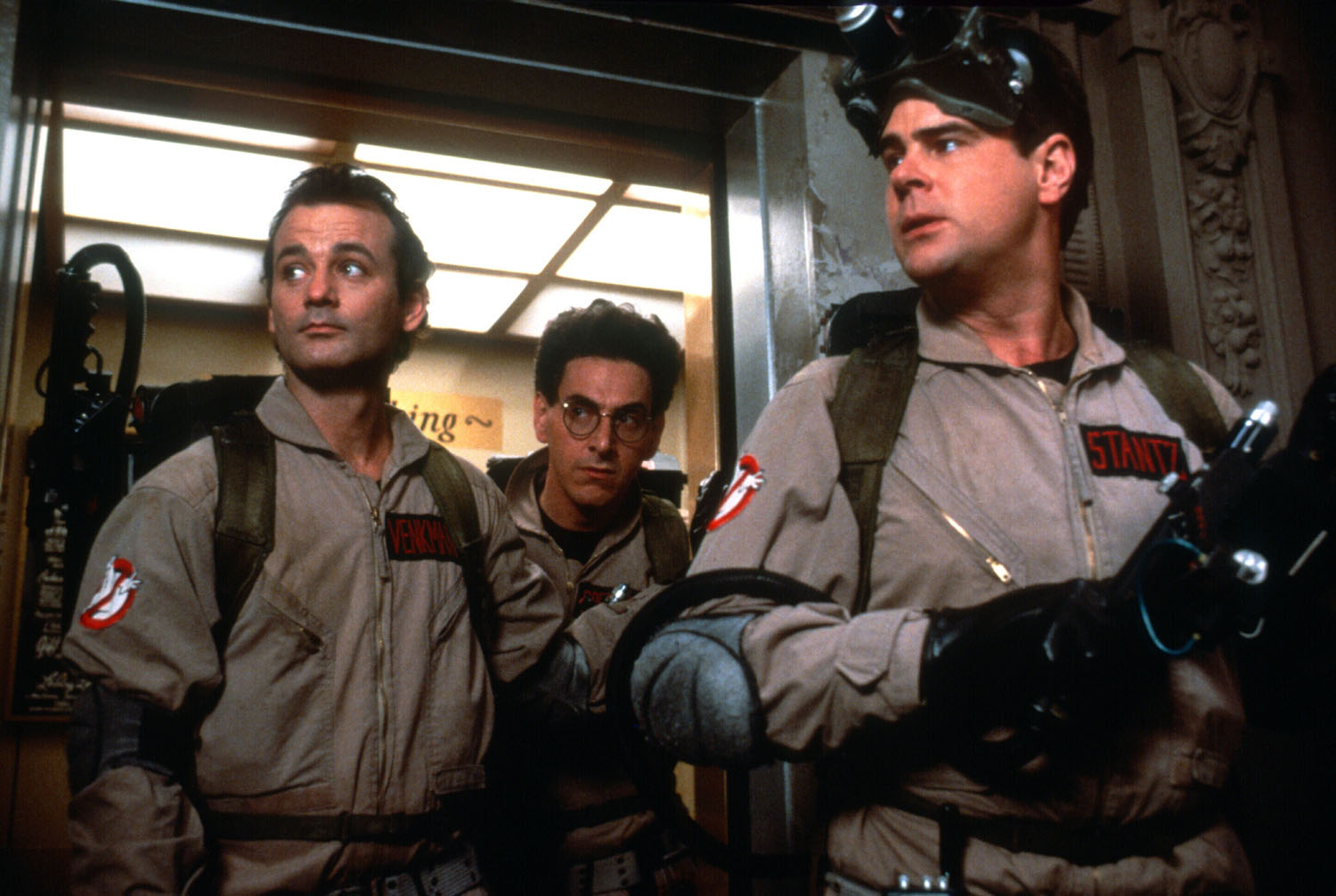 Don’t Remake “Ghostbusters!” There’s so much demand for this, but a remake would just come up short in every possible way matched up against the 1984 original. That film had such perfect synergy with the main cast, the theme and the catchy soundtrack that trying to recapture that lightning in a bottle just can’t possibly succeed. 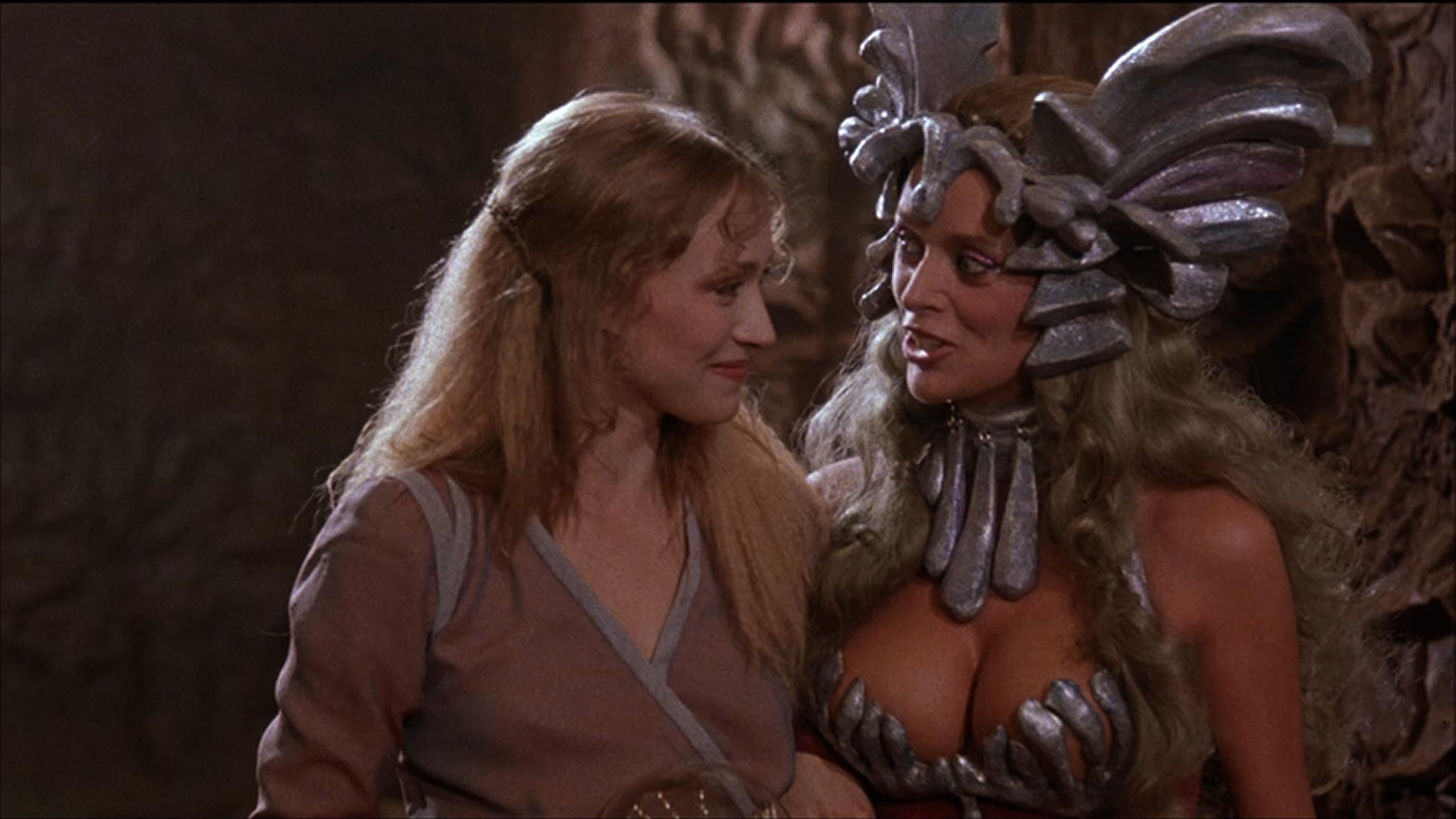 Remake “Battle Beyond the Stars” Instead! This 1980s sci-fi film is a guilty pleasure, but there’s no denying its attempt to duplicate the success of George Lucas’ “Star Wars” right down to the main hero being a farmer (Richard Thomas) and a vest-wearing, wise-cracking mercenary ally (George Peppard). On the other hand, “Stars” did beat “Star Wars” on sexing up its princess and with CGI advances now, this sci-fi saga could get the hi-tech look it deserves.

So what do you think? I’d love to hear your suggestions as well.

21 thoughts on “Hollywood, time for a round of “Don’t Remake This, Remake That!””