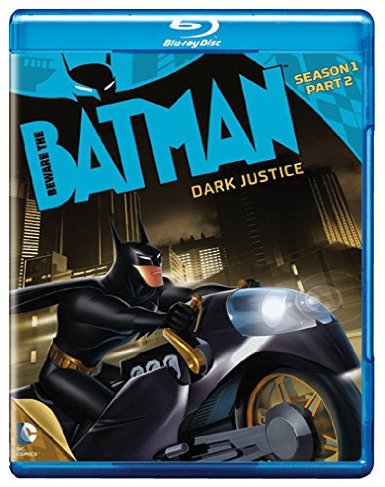 For the Batman fan in your life:

Featuring the final 13 episodes of the groundbreaking, all-new CGI series’ first season, the single-disc Blu-Ray will be released on September 30.

“Beware The Batman: Dark Justice” pits Batman, Alfred and swordstress Katana against the underworld likes of Anarky, Professor Pyg, Mister Toad and Magpie. Over the final 13 episodes, the rogues gallery expands with appearances by Killer Croc, Man-Bat, Deathstroke and more. Produced by Warner Bros. Animation, this action-packed detective thriller deftly redefines what we have come to know as a ‘Batman show.”