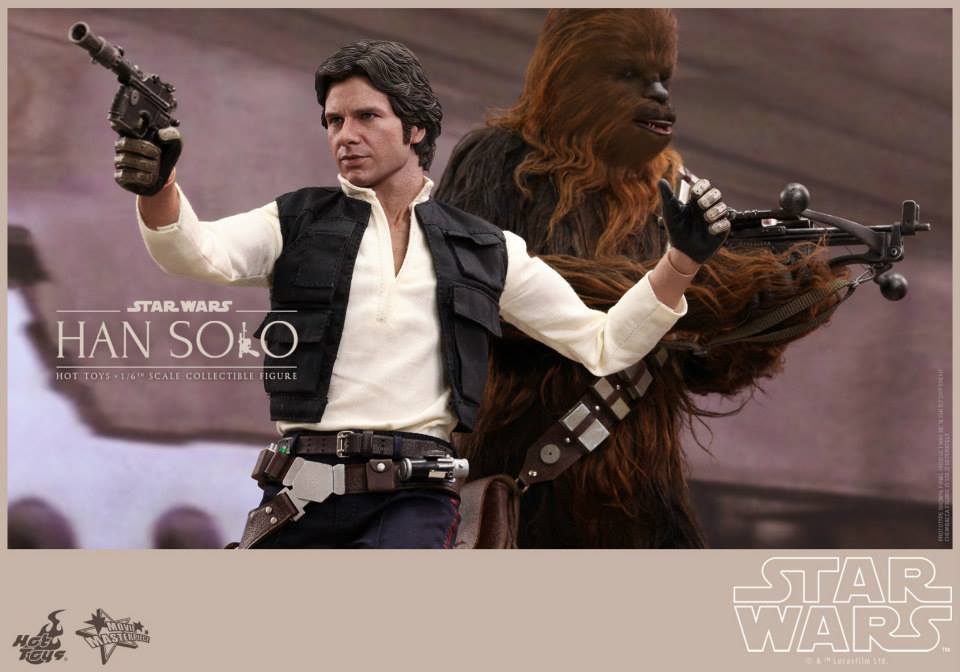 Yep. Now we’re in some serious trouble. I barely resisted “The Dark Knight” offerings and have held off on getting every awesome Marvel Universe figure put out, but here friends is where Hot Toys will get me with every release. They hinted at it during San Diego Comic Con, but now they’ve shown the first figures in their Star Wars roll-out and I am gonna be all over ’em! 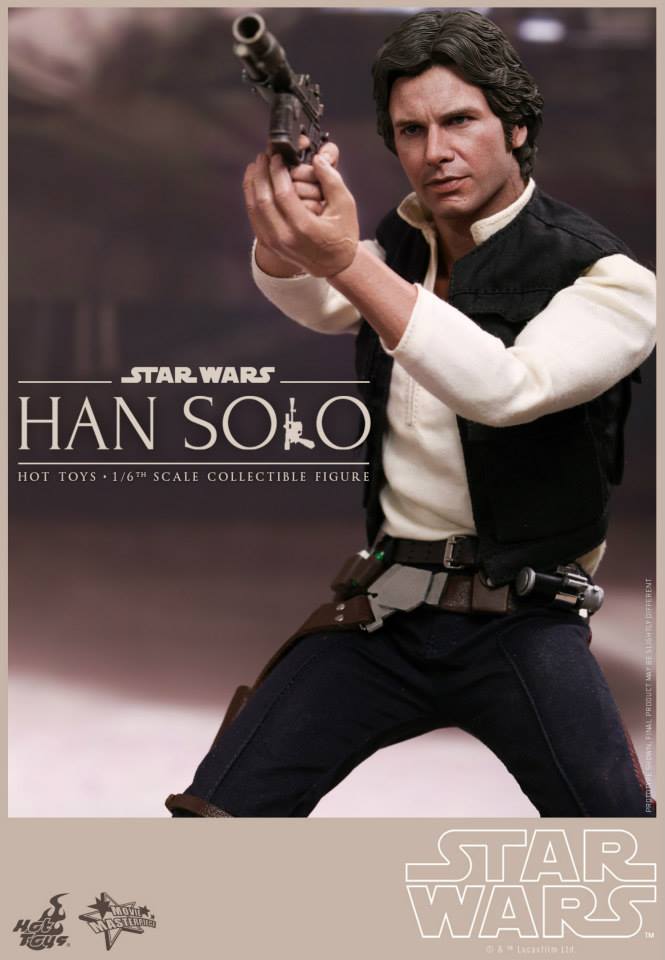 Hot Toys has always been a big fan of the iconic Star Wars saga and we are thrilled to have acquired the official right to manufacture collectibles from the Star Wars universe this year! We will bring fans a large range of high-end collectibles with movie-accurate details and stunning likeness! To kick off this incredible series, Hot Toys is very excited to introduce the 1/6th scale collectible figure of the infamous smuggler, Han Solo, from Star Wars: Episode IV A New Hope!

The movie-accurate collectible figure is specially crafted based on the image of Harrison Ford as Han Solo in the film and features a newly developed body, highly detailed costume, weapons, accessories, and a specially designed figure stand.

A special edition that is available for selected markets will include an additional Stormtrooper belt and blaster rifle which Han Solo has used on Death Star.